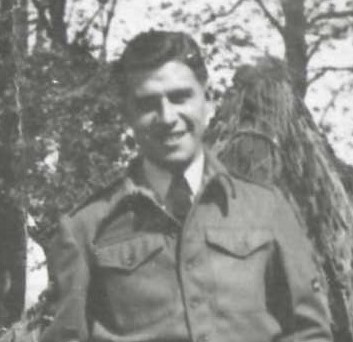 The story and photographs are shared by the Trust with kind permission from Bill Findley’s daughter,  Miranda Gateshill

Allan William Findley – known as Bill – LAC Bill Findley  was a Radio Operator in the RAF Tactical Force. On D-Day plus 1 he was directing Typhoons from the field next to the church in Bazenville, northern France. 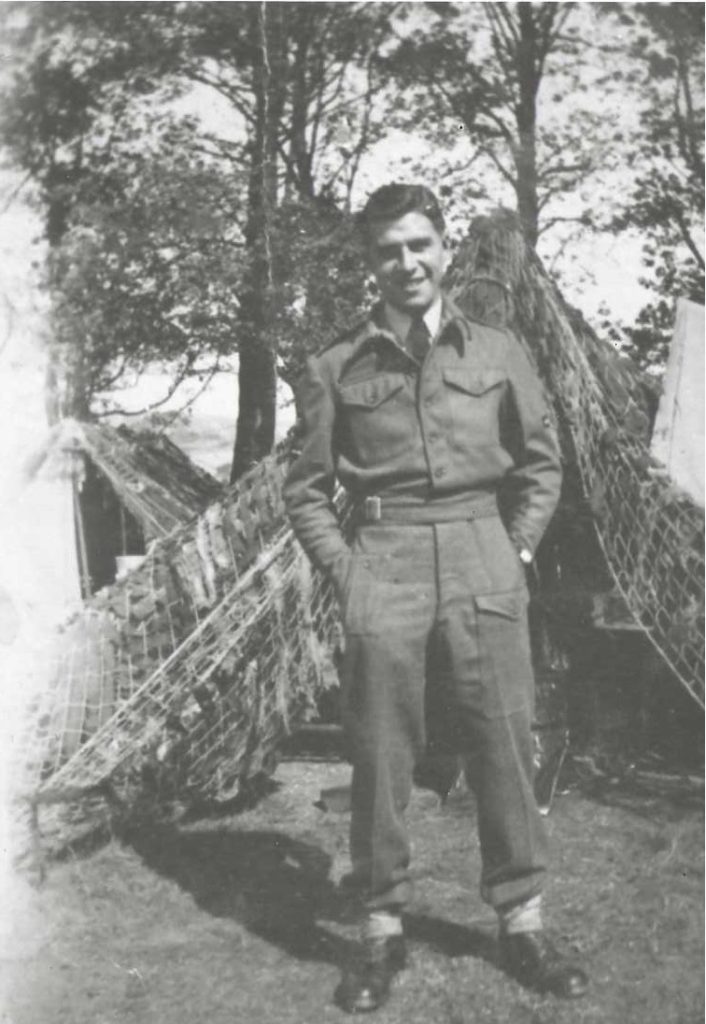 His small group arrived in Bazenville to set up camp. Bill had just come off duty when his colleague was shot and killed by a sniper in the church tower. His group also helped dig out Flt/Lt. Arthur Alexander Ballantine (known as Sandy) who had been hurt when the Germans shelled the field. Sadly he died a few days later. You can read his story here. 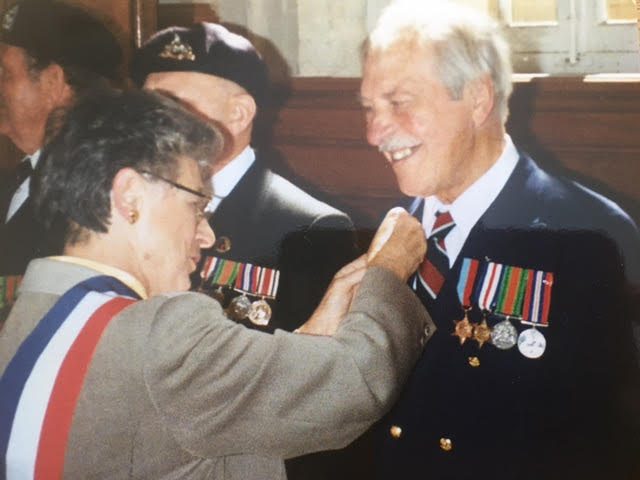 Bill Findley being presented with his D-Day medal in Caen, September 1994

On receiving his commemorative D-Day medal in Caen, we travelled with Dad to Bazenville to find the grave of his friend. This we did. On going into the church porch we saw a plaque stating the Canadians had secured the area first. Dad said this was incorrect. We went on to find proof and liaised with the local French mayor and RAF, and through Dad’s efforts there is now a monument outside the church recognising the role of Dad’s team in securing the area in the shape of an RAF wing. During the two years of checking data, communicating with the French and RAF, Dad managed all of this having suffered three strokes, no mean feat, a testament to the fortitude of his generation. 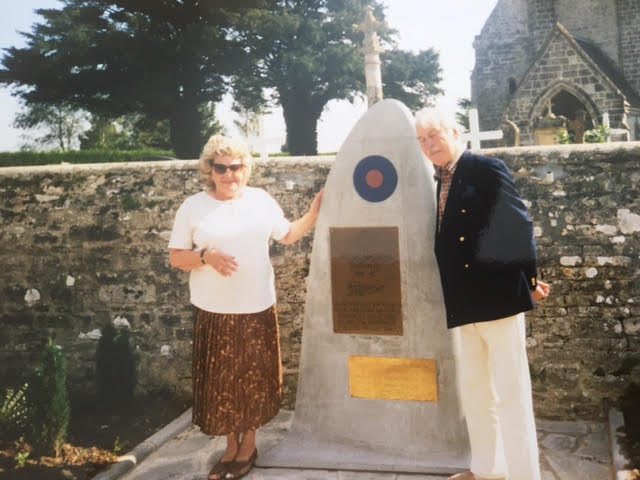 Memorial to 483 Group Control Centre outside Bazenville Church  instigated by Bill Findley. Bill stands with his wife next to the memorial.

We got to know Christine Ballantine, Sandy’s daughter, when she was looking for information about her father’s death and I have kept in  touch with her ever since. It was a  comfort to her to know what happened to her father and then meeting up with Dad in the field next to the church in Bazenville. You can read that part of his story here.

We would all go back to Bazenville, taking Dad when he was able, and we are coming this year just before June 6th. Dad went on through the Netherlands and Germany and ended up in Denmark as the war came to a conclusion. 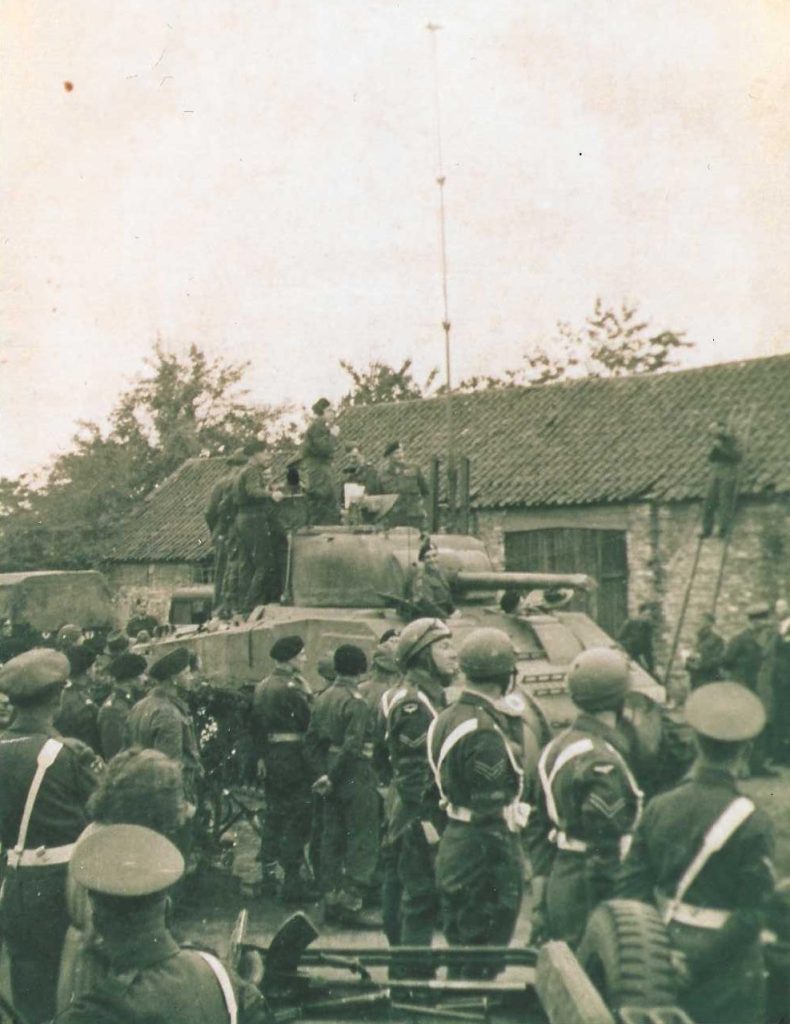