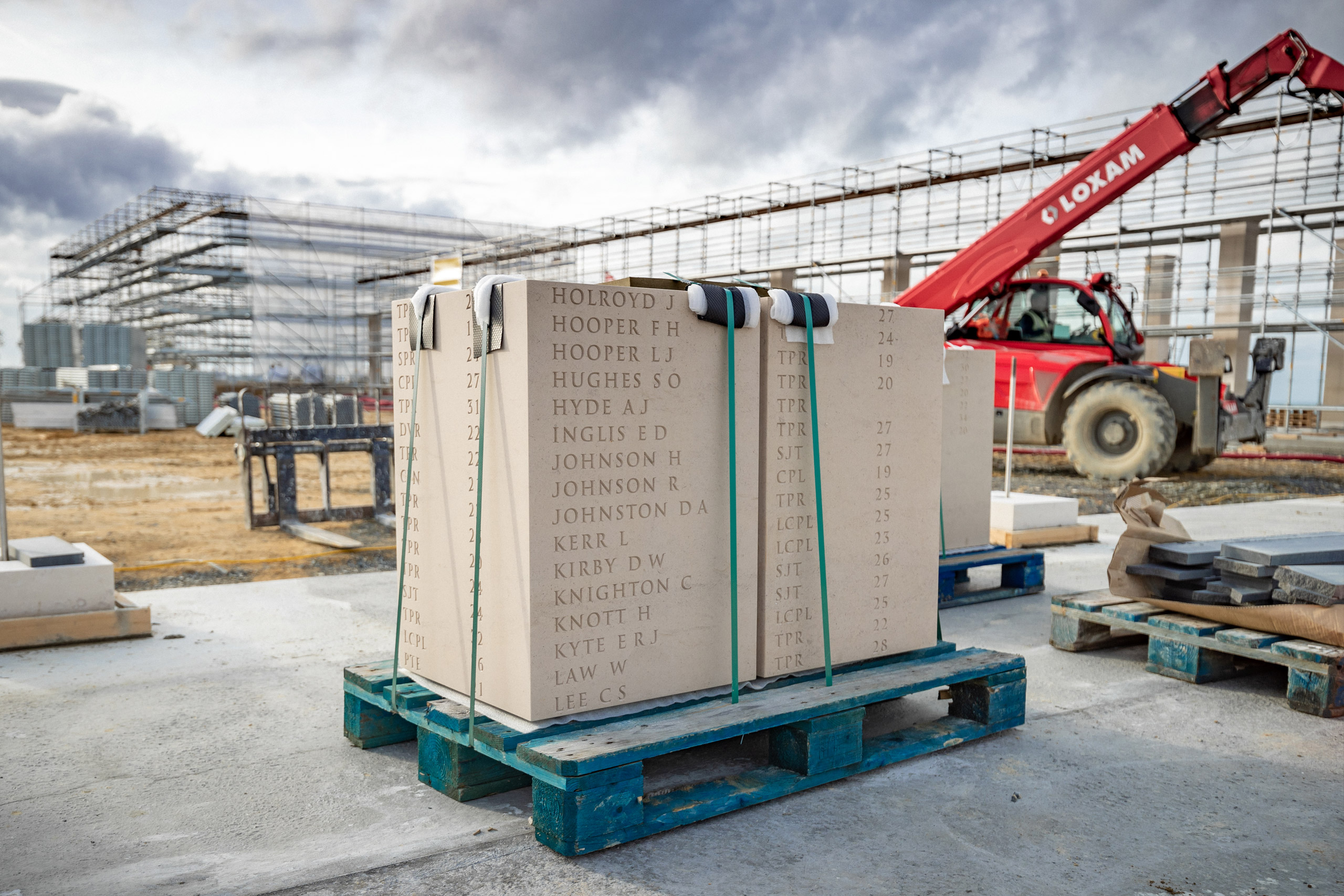 Making of the Memorial

It started with a suggestion from a Normandy Veteran. In July 2015, George Batts – a young soldier in the Royal Engineers on D-Day – met the BBC broadcaster Nicholas Witchell. George pointed out that the United Kingdom, alone among the principal Allied nations of World War Two, did not have its own national memorial in Normandy recording the names of all those under British command who died on D-Day and during the Battle of Normandy. 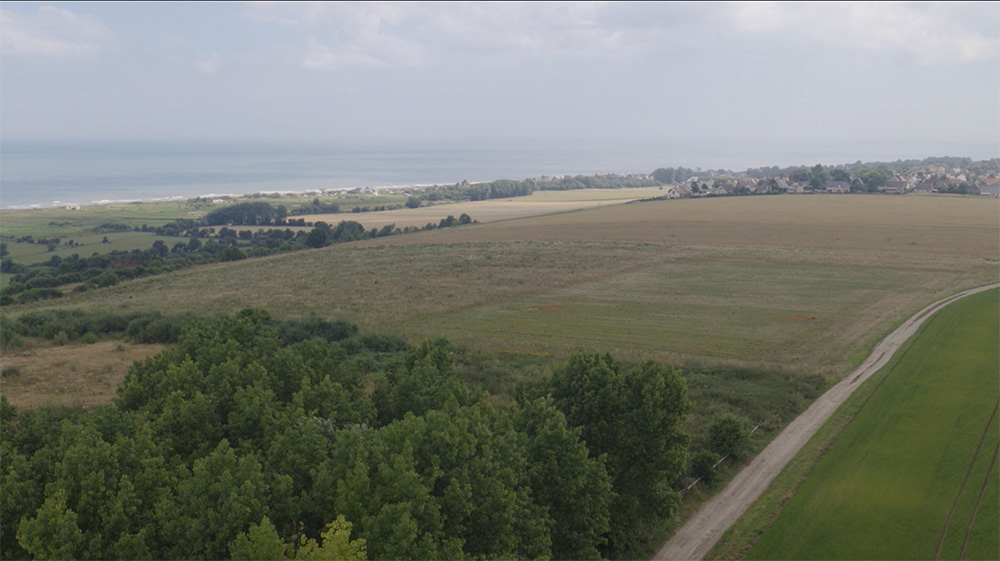 The Normandy Memorial Trust was established and work began to bring together the key players. One of the first was the architect Liam O’Connor, designer of the British Armed Forces Memorial in Staffordshire, UK and the Bomber Command Memorial in London.

In September 2016, Witchell, O’Connor and a colleague Andrew Whitmarsh found the perfect site for the memorial. It was on farmland overlooking “Gold Beach” close to the town of Ver sur Mer. In the months that followed they prepared a detailed feasibility study for the British government and discussions began with the then Mayor of Ver sur Mer, Philippe Onillon, and local landowners. 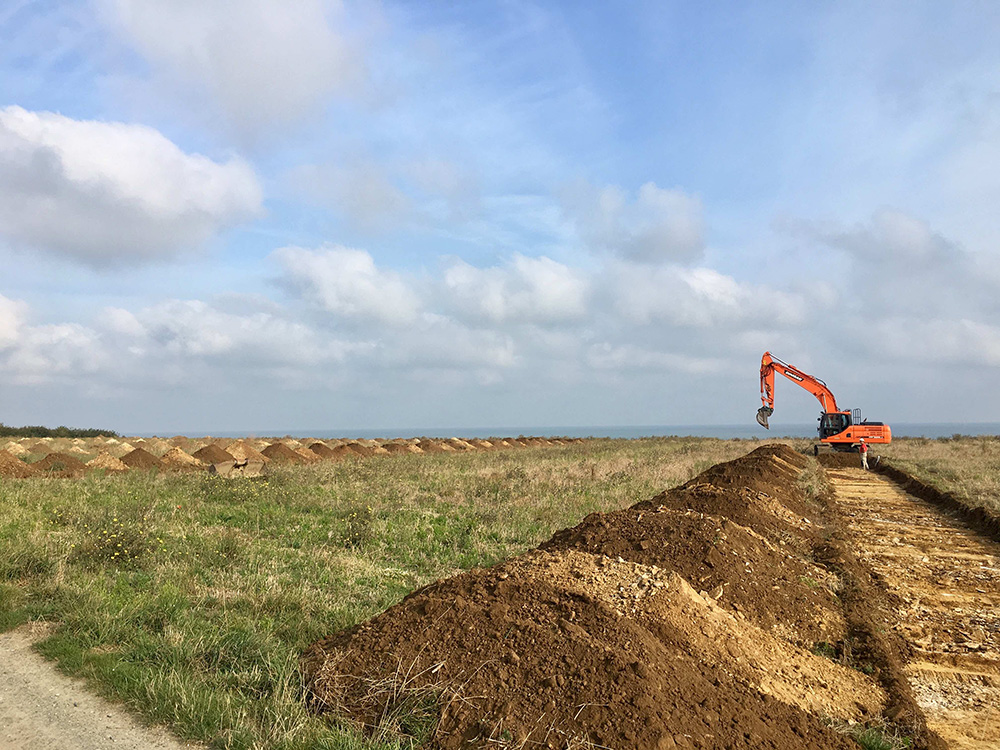 In March 2017 the British government announced that it would contribute £20 million towards the construction of the British Normandy Memorial. Further substantial sums were raised from private benefactors.

A board of distinguished figures was brought together to supervise the project, under the chairmanship of Lord Peter Ricketts, a former British Ambassador to France and including two former heads of the British army and a former Private Secretary to Her Majesty the Queen.

Throughout 2017 and 2018 work continued to acquire the land, finalise the Memorial’s design and engage with the French authorities to obtain permission to build the Memorial. 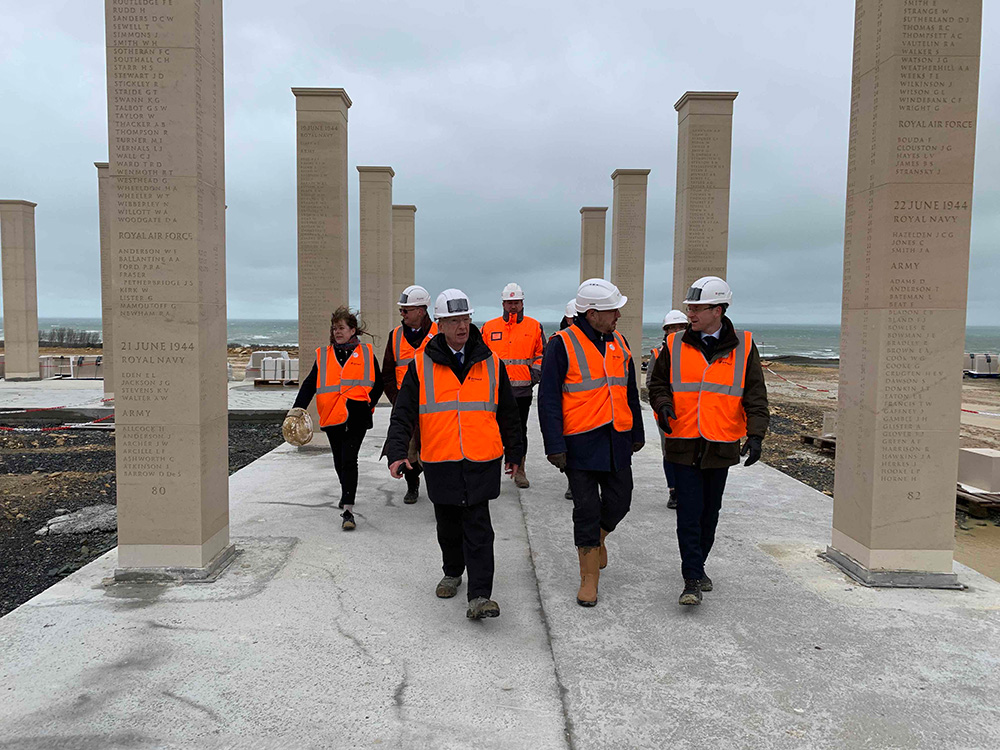 Another major focus was the bringing together of the nearly 22,500 names for inscription on the Memorial. This was an original piece of research led by Andrew Whitmarsh and Jane Furlong. The Memorial site was formally inaugurated on 6 June 2019, the 75th anniversary of D-Day, in a ceremony led by the then British Prime Minister Theresa May and the French President Emmanuel Macron. 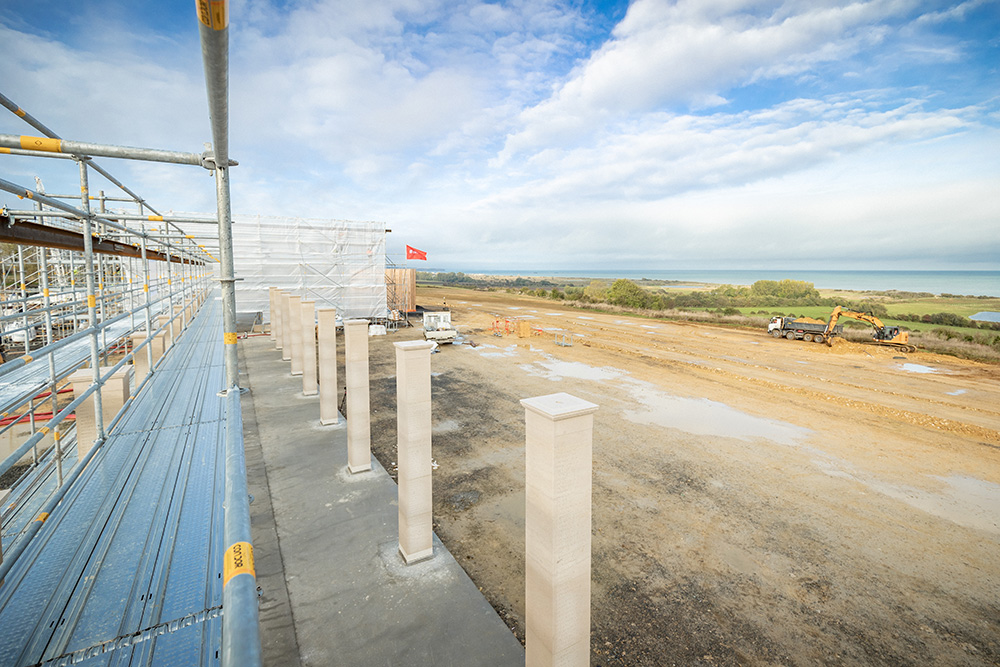 Construction work began soon afterwards. The main contractors were the French company Eiffage-Route. The stonework was in the expert hands of British stonemasons S. McConnell and Sons. Some four thousand tons of French Massangis stone were shipped to their works in Kilkeel, Northern Ireland where the names were cut before the blocks were shipped to Ver sur Mer where McConnell’s teams assembled them. Other key contractors were the Italian paving specialists, Odorizzi and the British timber company, Carpenter Oak. 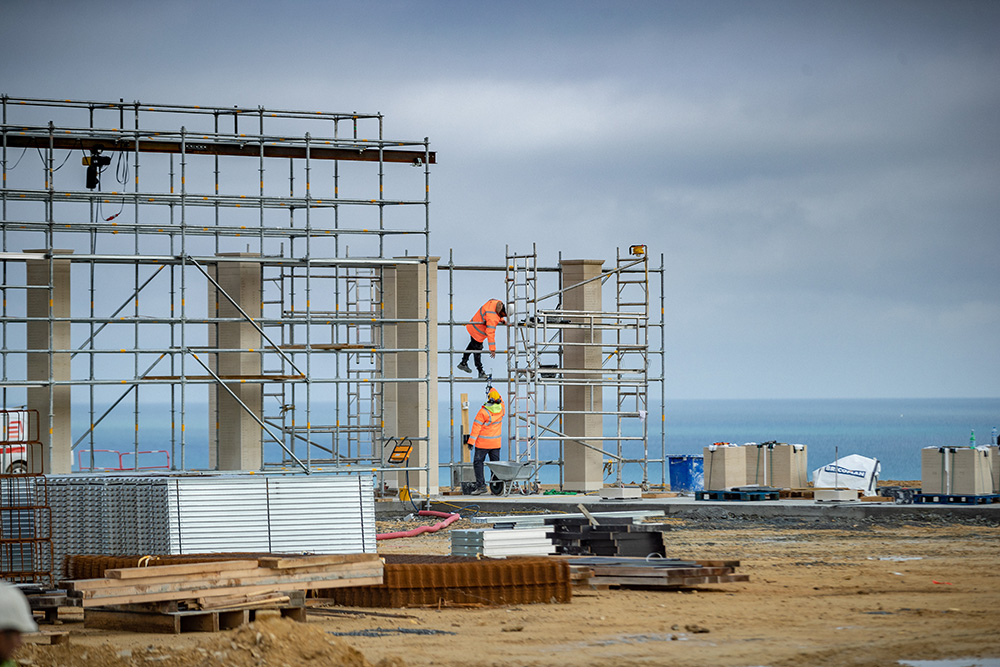 Despite delays caused by the Covid pandemic, the memorial was completed in the autumn of 2020, in readiness for its official opening (by video link) on 6 June 2021 by HRH The Prince of Wales assisted at the memorial by the British Ambassador to France, Lord Llewellyn.

In his speech The Prince of Wales paid tribute to the memory of all those – British service personnel and French civilians — who lost their lives in Normandy in the summer of 1944.

The opening of the Memorial meant that the ambition of Normandy Veteran George Batts had been realised. The Normandy Memorial Trust’s founder Nicholas Witchell said it had been made possible by the Trust’s small but “hugely committed” team of Steven Dean (Project Manager) with Julie Verne and Sacha Marsac, supported by communication specialists Snappin’ Turtle, civil engineers Alan Baxter Ltd, surveyors Huntley Cartwright, sculptor David Williams-Ellis, specialist letter-cutter Richard Kindersley, Veteran fundraiser Harry Billinge and many, many others.

“Our hope now” said Witchell, “is that the British Normandy Memorial can be a place where the sacrifices of 1944 can be remembered and understood by people from many nations for many generations to come.”