In October 2020, Noel Spreadbury MBE, now aged 82, shared the story of his brother, Leonard. Leonard died on 12 July 1944 aged just 20, killed outright whilst de-fusing mines near Bernières-sur-Mer. He is buried in Bayeux Cemetery.

In June 2022, Noel was finally able to visit the Memorial with his son, Daniel. Here he shares his reflections on the visit:

It was my fourth visit to Normandy and Len`s grave.  In 1954, I visited with my mother and in the mid sixties, my late wife Elizabeth and my mother-in-law also joined us. Then again in the 1990s (about 33 years ago) with Elizabeth and our five children. 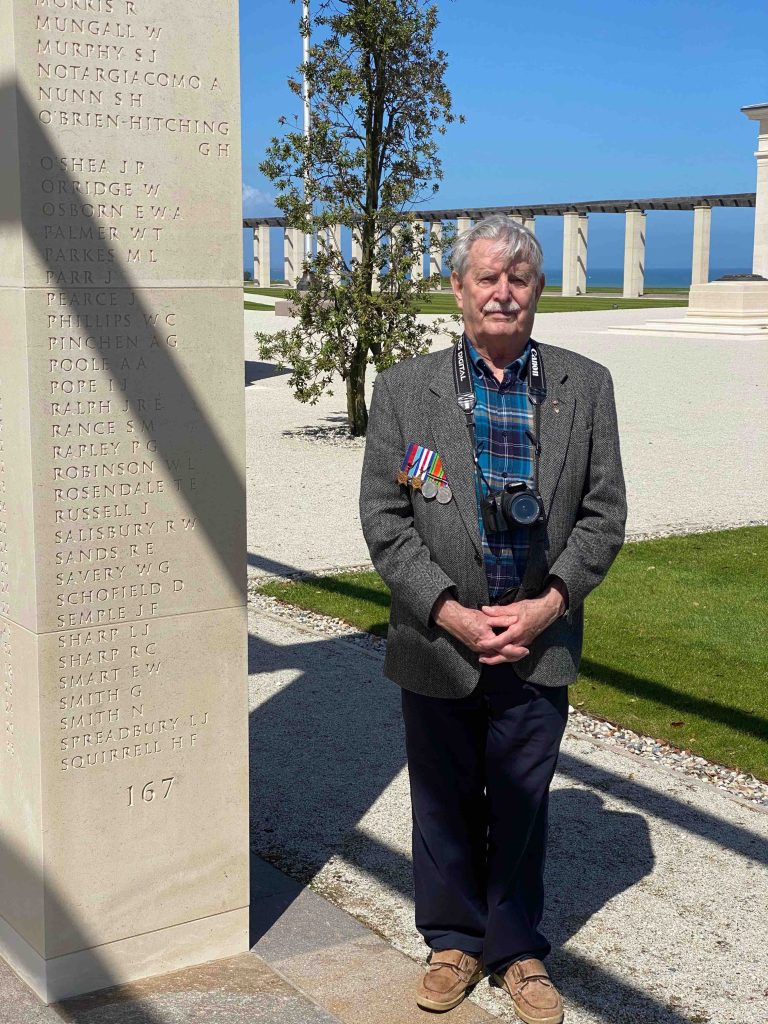 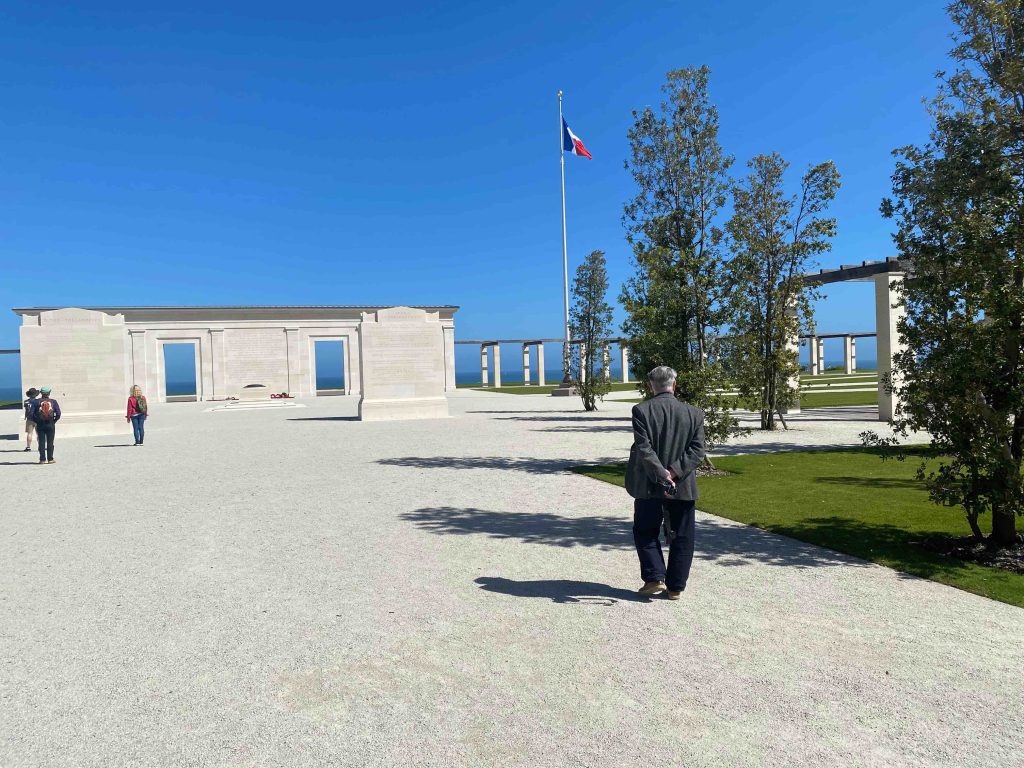 This year, I was accompanied by son Daniel. It was with a heavy heart as Elizabeth should have been there – she passed away on 20 May this year.

We visited the Memorial twice and I wore Len’s medals with pride. The Memorial took our breath away. It was fabulous – beautiful, restful, tranquil, perfectly maintained. 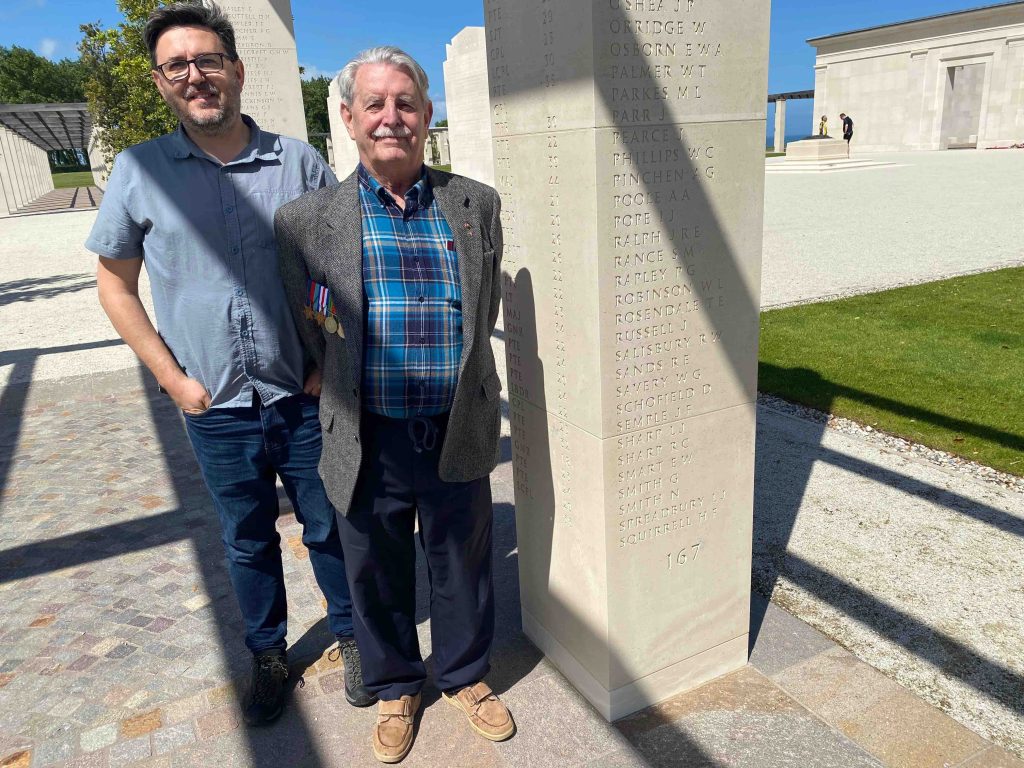 The distance and location of the car park, the coming into view of the standards, the national flags as one approached up that gentle slope. The Union Flag effect. The precision of the engraving, the horror that the display of the 6 June fatalities invokes. A most magnificent statue of the three soldiers and the view it overlooks, and the contrast between what one sees now and what we would have seen on D-Day. 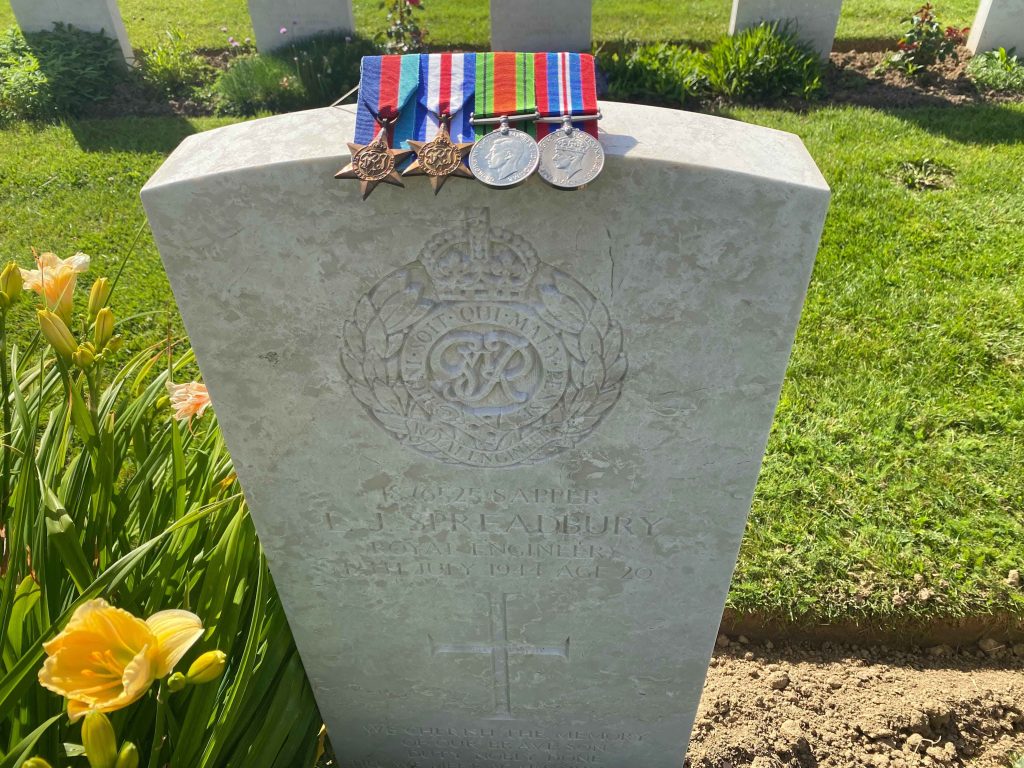 We spoke to other visitors, none in fact with a name to find. One lady was in tears as I spoke about Len and said she would go and see his name and Remember Him. We also approached a group of young people in the care of an older man. They were Royal Engineers on a Battlefield Tour. They saluted Len and said “Best Corps in British Army”. They insisted on shaking our hands.

I hope that perhaps we can make a visit for the 80th anniversary in 2024.

I am so proud to be a Guardian of the Memorial, and I know that Elizabeth was too.