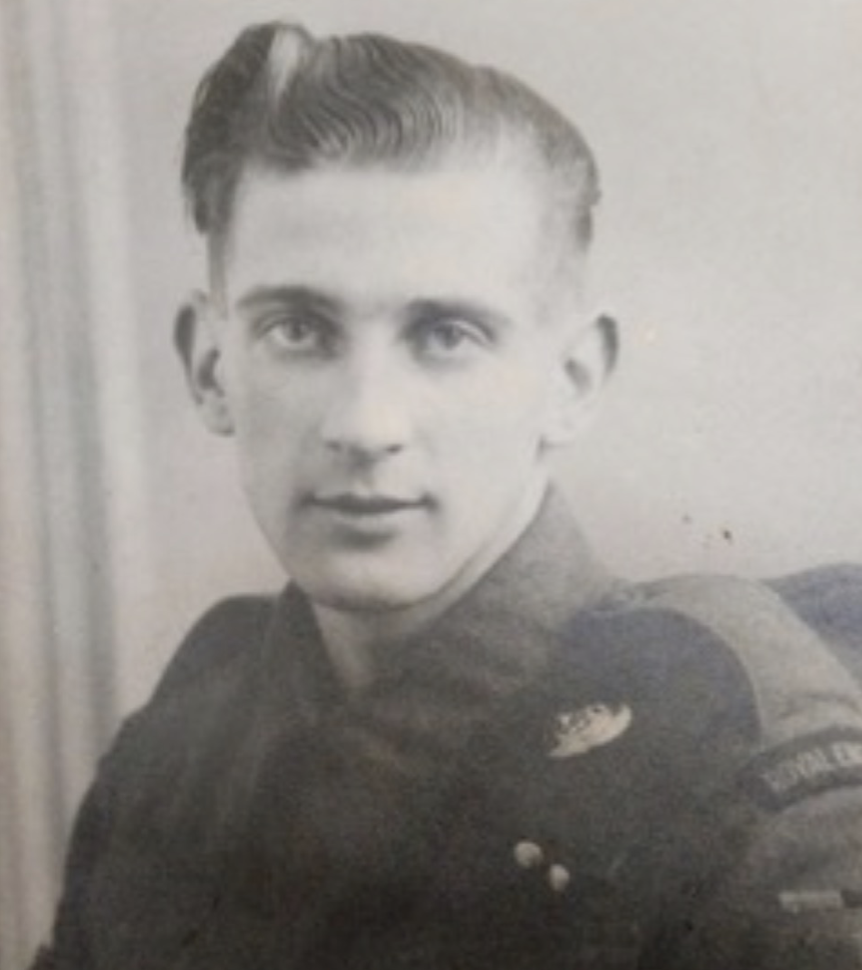 The story and photographs are shared by the Trust with kind permission from Leonard's younger brother Noel, who was just four years old when Leonard passed away. Noel has documented the life of his older brother, Leonard. Here we share some excerpts from his writings.

Leonard John Spreadbury was born on 24 January 1924 in the Dorset town of Bridport. He was posted to 184 Field Company as a sapper with the Royal Engineers Regiment. He died on 12 July 1944 aged just 20, killed outright whilst de-fusing mines near Bernières-sur-Mer. He is buried in Bayeux Cemetery. In May 2022, his brother, Noel, visited the Memorial and shared his reflections. 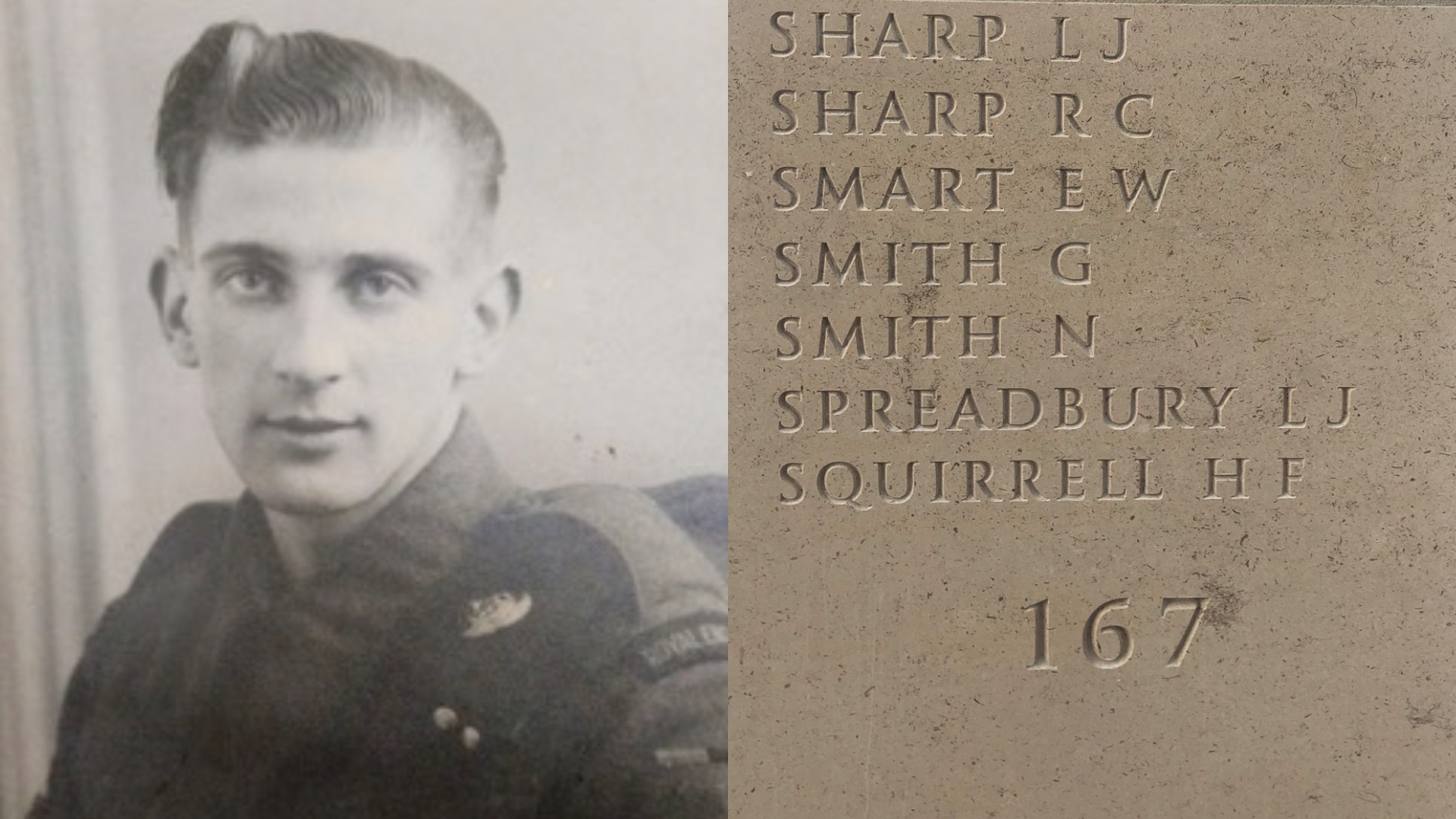 Leonard and his name engraved on the Memorial.

Letters To The Family

Len’s company was now experiencing many moves about the country on various training exercises to ready the men for the task they will undertake across the Channel in the early summer of 1944. His letters home are now censored and his address is simply stated as ‘Army Post Office’.

Queenie [his mother] becomes more anxious about her son as the days pass. She continues to write letters to him almost daily, as he does to her, sometimes in snatched moments between duties. He talks of being tired, wet and dirty but is always cheerful and is now expressing his impatience to “get on with the job” across the Channel.

Len’s letters begin to contain comments about experiencing air raids where he is stationed and his concern about what is happening at home. The young soldier has become a man and perhaps for the first time he begins to appreciate the realities of war. He now writes to his girlfriend as well as his mother and others in the family, where he voices his worry over the danger that they themselves might be in.

In the early summer of 1944, Len slips away without leave to get home to tell his family that he is about to go over to France. There are no more letters now but Queenie receives a Field Service card on 14 June which is dated 7 June. All the statements on the card have been crossed through except one which reads “I am quite well” but the family are now aware that he is in the thick of the fighting around D-Day.

He has been with the other young men that he had trained with, defusing mines on the beaches. They successfully deal with one when Len steps back and treads straight on to one that had not been identified. Len is killed outright but his fellow sappers survive and such is their comradeship, for months and years afterwards they write to and visit Queenie sharing memories of their time with Len and their own lives and future hopes. These young men are a great comfort to her as she battles to come to terms with losing Len.

The Uncle They Never Knew

Many years later Noel and his wife take their family of five children to visit the grave of the uncle they never knew. The cemetery is laid out in row upon row of white headstones set in what appears to be a typical English country garden. It is peaceful and beautiful but has a profound effect on all the family, especially the oldest son who is eighteen, nearly the same age that Len was when he died.