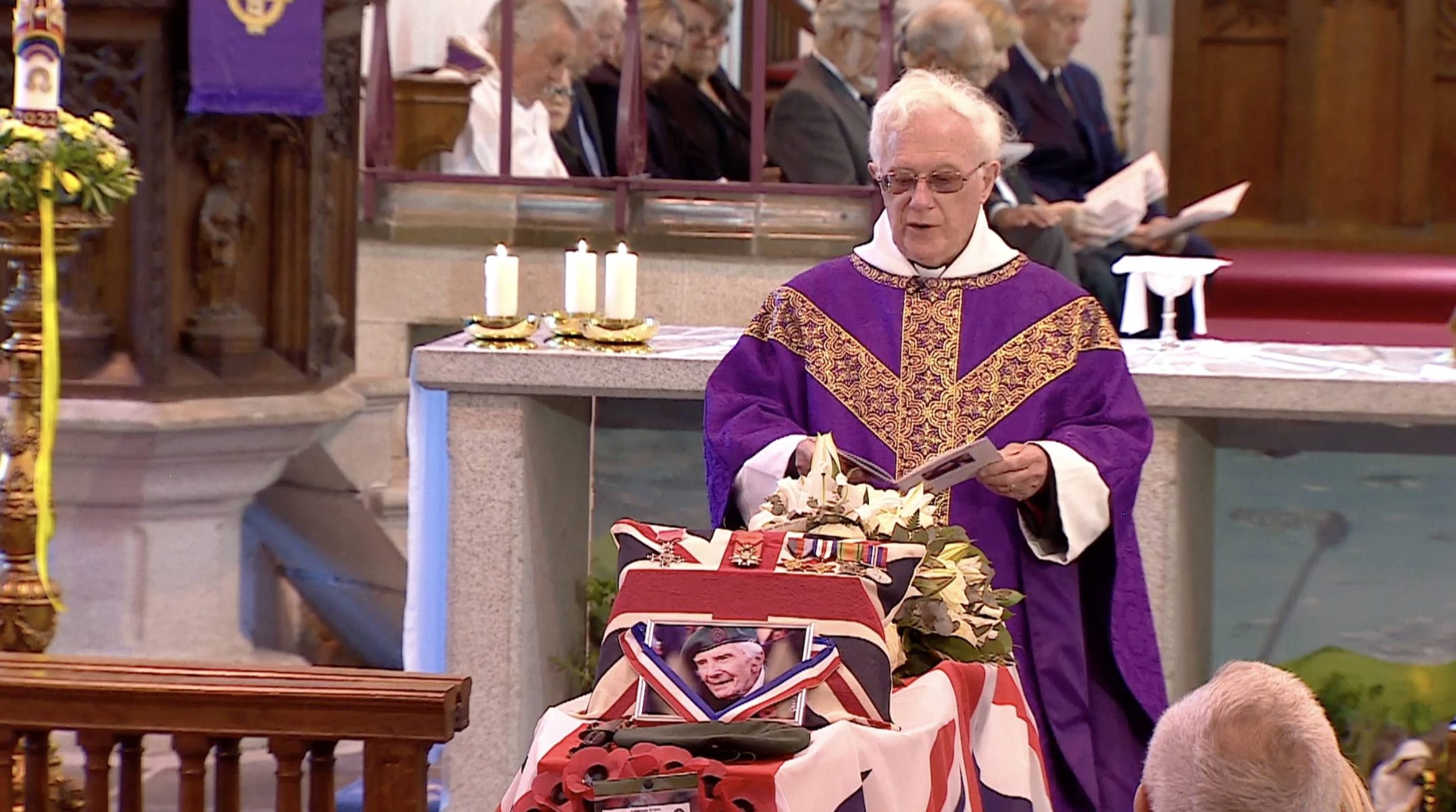 Harry’s funeral took place at St Paul’s Parish Church in Charlestown, near St Austell, on 26 April 2022. The Trust is honoured to share this recording of the funeral with kind permission from the Billinge family.

“Harry wanted future generations to never forget his comrades who fell in Normandy. If members of the public would like to pay their respects to Harry, we ask that they become Guardians of the British Normandy Memorial.” – The Billinge Family Statement

Below is the BBC Breakfast tribute to Harry broadcast on the morning of his funeral.