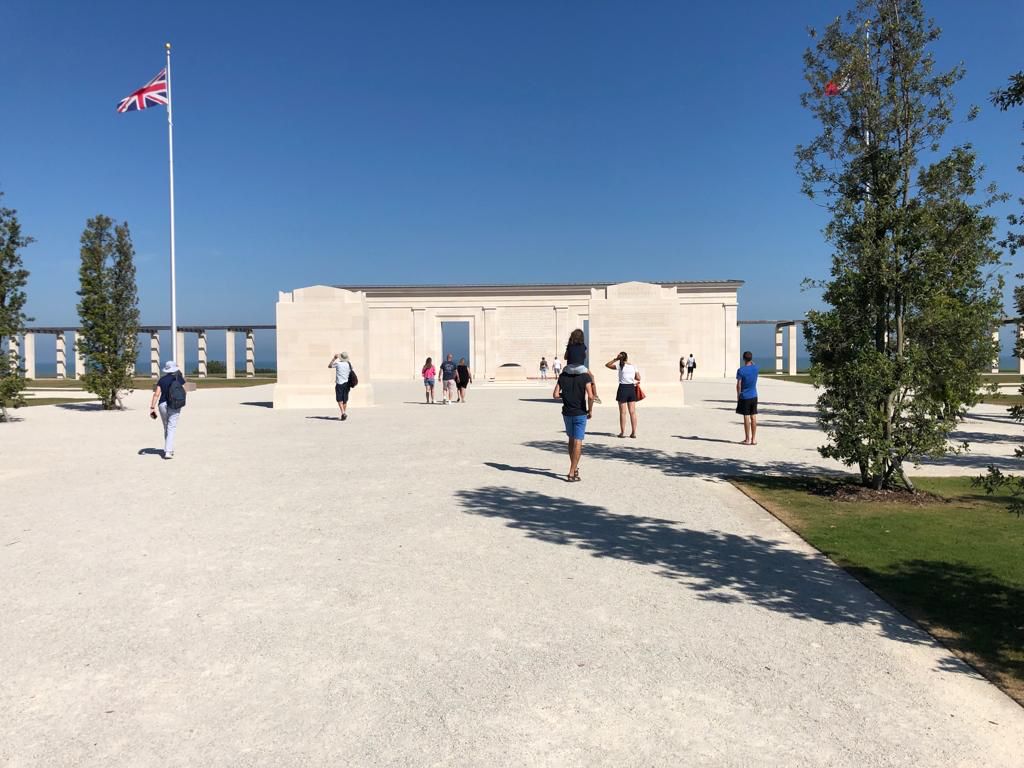 In Pictures: Summer 2022 at the Memorial

This summer, following last year’s official opening under Covid restrictions, many hundreds of people visited the Memorial each day. Visitors came from near and far to pay their respects and reflect on the events of 78 years ago. Here are just a few highlights of the events and activities that took place over the summer months.

The Band of the Yorkshire Regiment and Jedburgh Pipers

The Band of the Yorkshire Regiment performed at the morning service on 6 June, as well as in an evening concert together with the Jedburgh Pipers. You can read more about the D-Day 78 commemorations at the Memorial here. 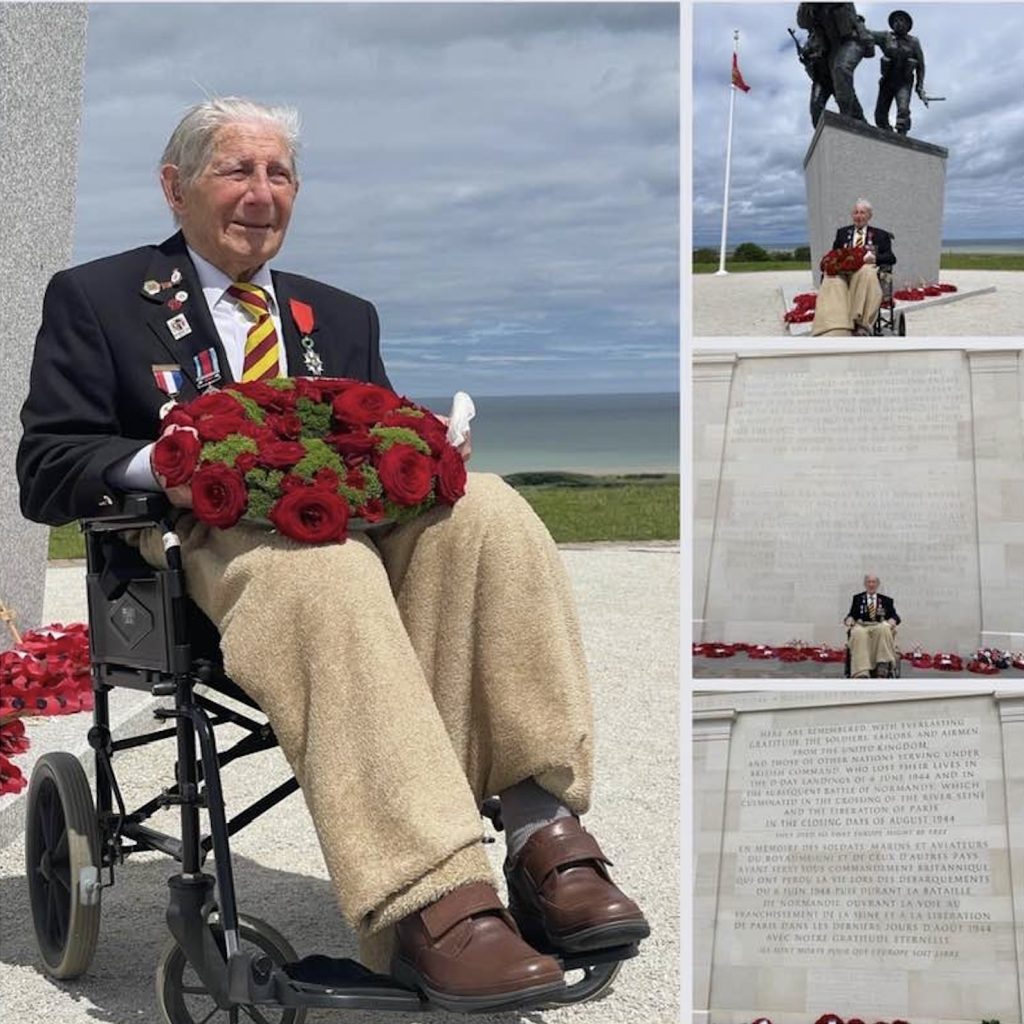 Donald’s son, Alan shared this picture of his father at the Memorial saying:

“The memorial site is almost in line where he came ashore at 11:37 am 78 years ago! Our very good friends Frederick and Nathalie gave dad this very special wreath which he laid at the base of the very moving sculpture. He then with his quiet dignity saluted all those who never went home like he did! It was truly an emotional moment for all of us who were there with him.” 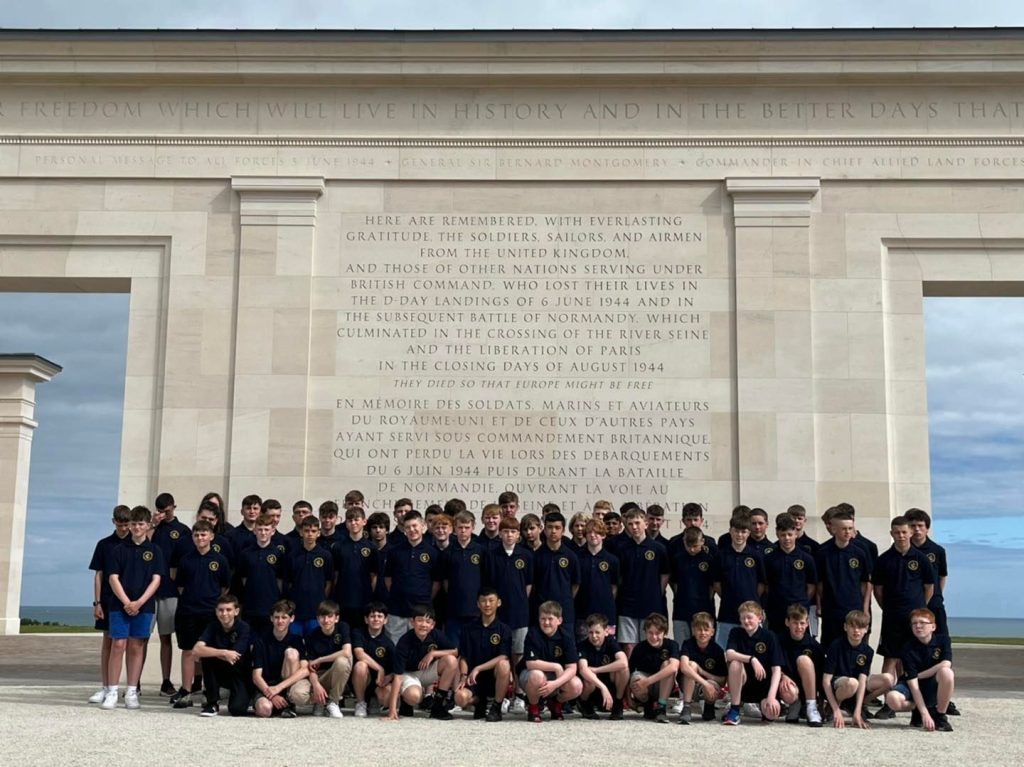 “This morning, we paid our respects at the British Normandy Memorial, with an act of remembrance and wreath-laying.”

The Trust was delighted to see young people visiting this summer, including a group of boys of the 25th Stirling (Dunblane) Boys’ Brigade, who paid their respects at the Memorial on 3 July. 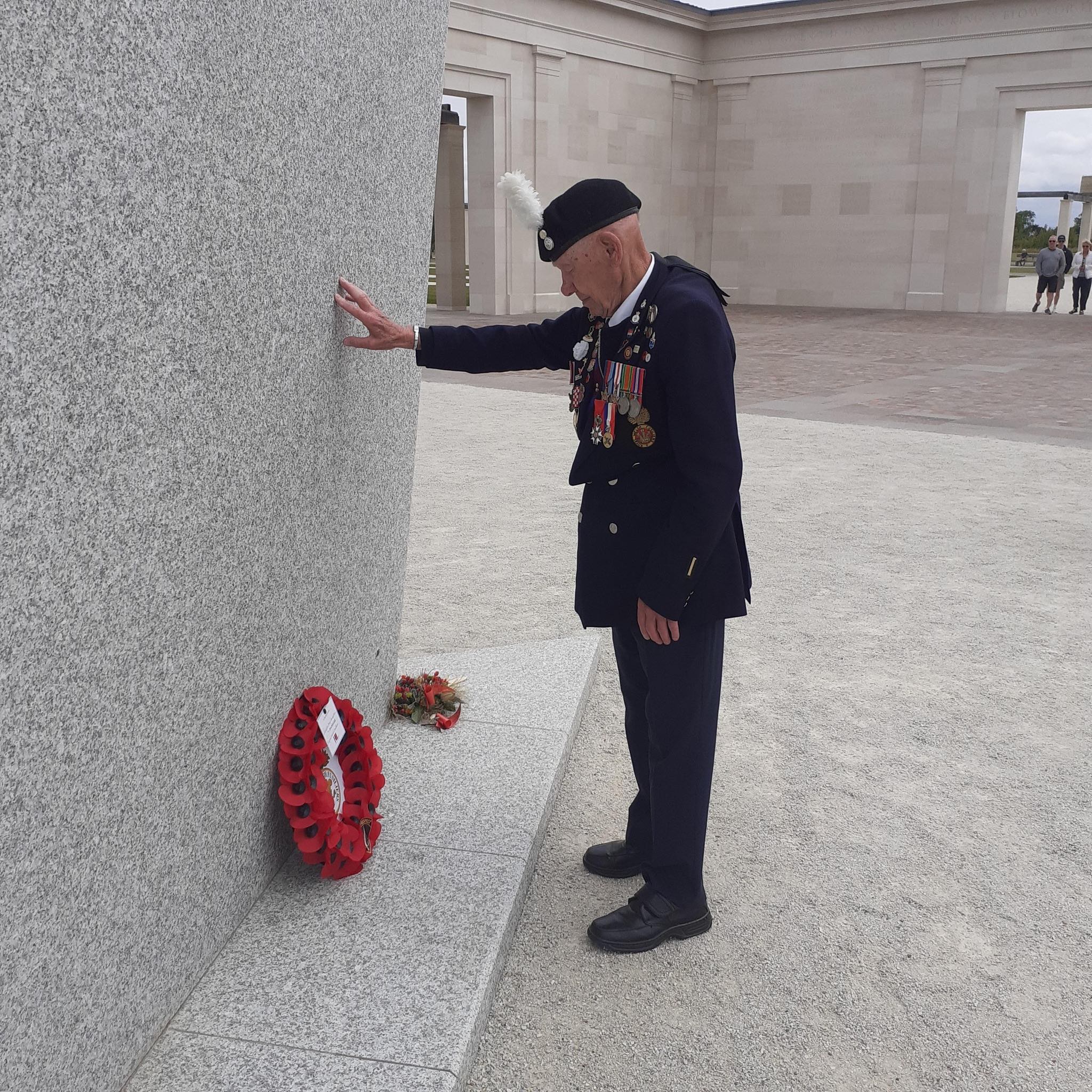 Just over 78 years later, on 7 July, he visited the Memorial to lay a wreath and pay tribute to his fallen comrades. 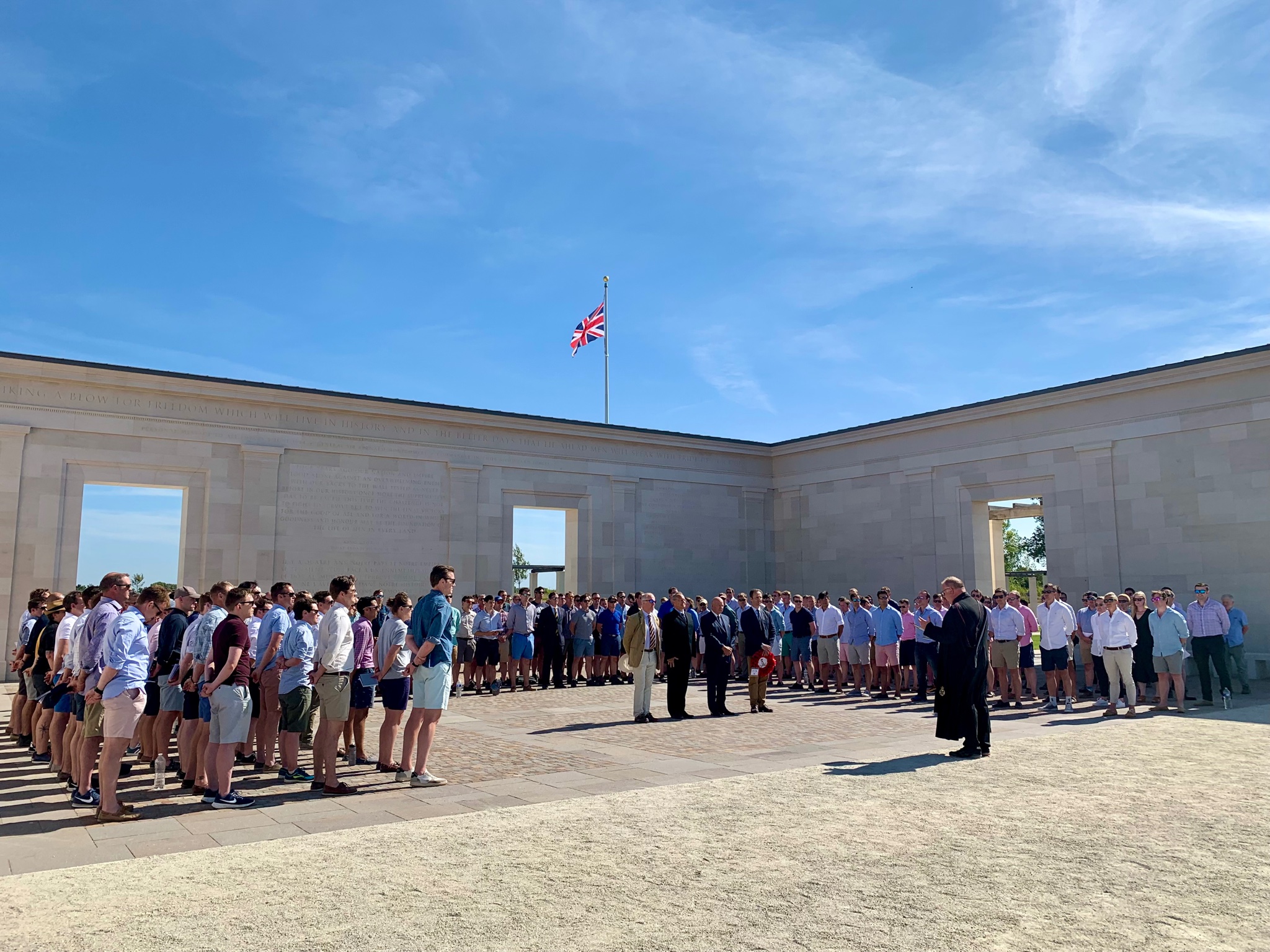 On 14 July, Approximately 240 students with the British Army’s Land Warfare Centre finished their four day tour of Normandy with a ceremony of remembrance at the Memorial.

Thanks to Malcolm Dean, a long-time friend of the British Normandy Memorial, who raised a total of £7,400, split equally between the Trust and Taxi Charity for Military Veterans. Aged 76, Malcolm did his first parachute jump over Normandy during this year’s D-Day commemorations. He is also the brewer of the limited edition Veterans’ Ale released to commemorate the opening of the Memorial in 2021.

On 29 July he presented the Trust’s Operations Manager, Sacha Marsac, with a giant cheque, accompanied by the Arundel branch of the Royal British Legion who held a brief ceremony of Remembrance in front of the D-Day Sculpture. 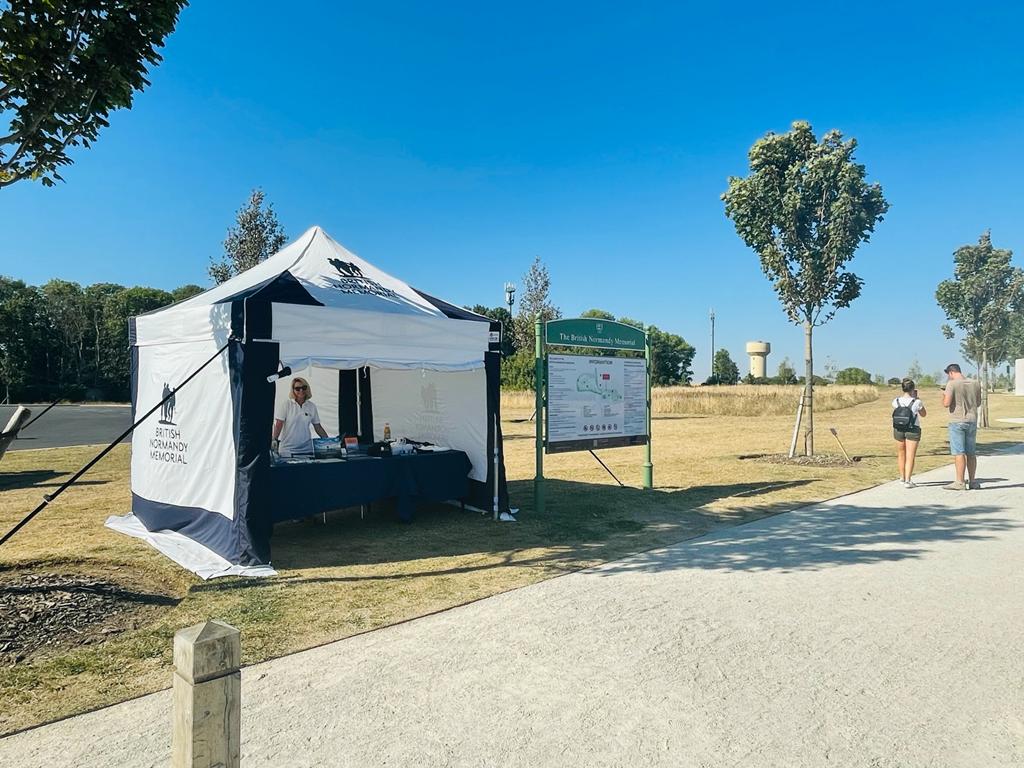 In mid-August a temporary pop-up shop was set up at the Memorial for visitors to buy the official Memorial picture book, t-shirt & other merchandise. Products can be purchased year round at our online shop, with proceeds to support maintenance of the Memorial. 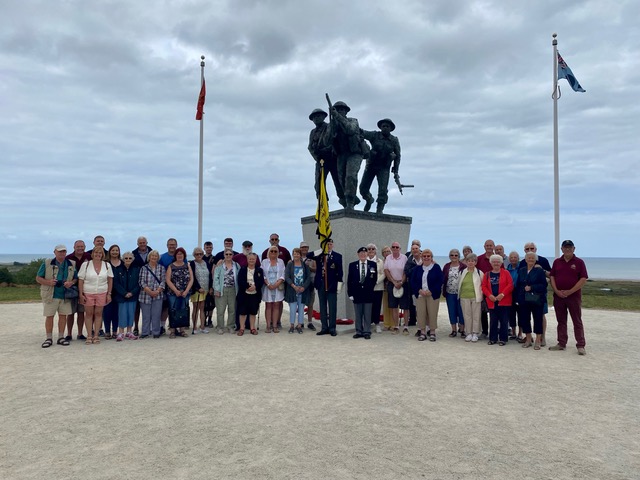 On 20 August members of the Hednesford and Wolverhampton Branches of the Staffordshire Regimental Association, along with friends, visited the British Normandy Memorial for the first time.

While on site the group paid respect to those commemorated with the sounding of the Last Post and the laying of a wreath.
The group spent around an hour on site taking in the impressive Memorial, looking out over Gold Beach and the Mulberry Harbour at Arromanches. 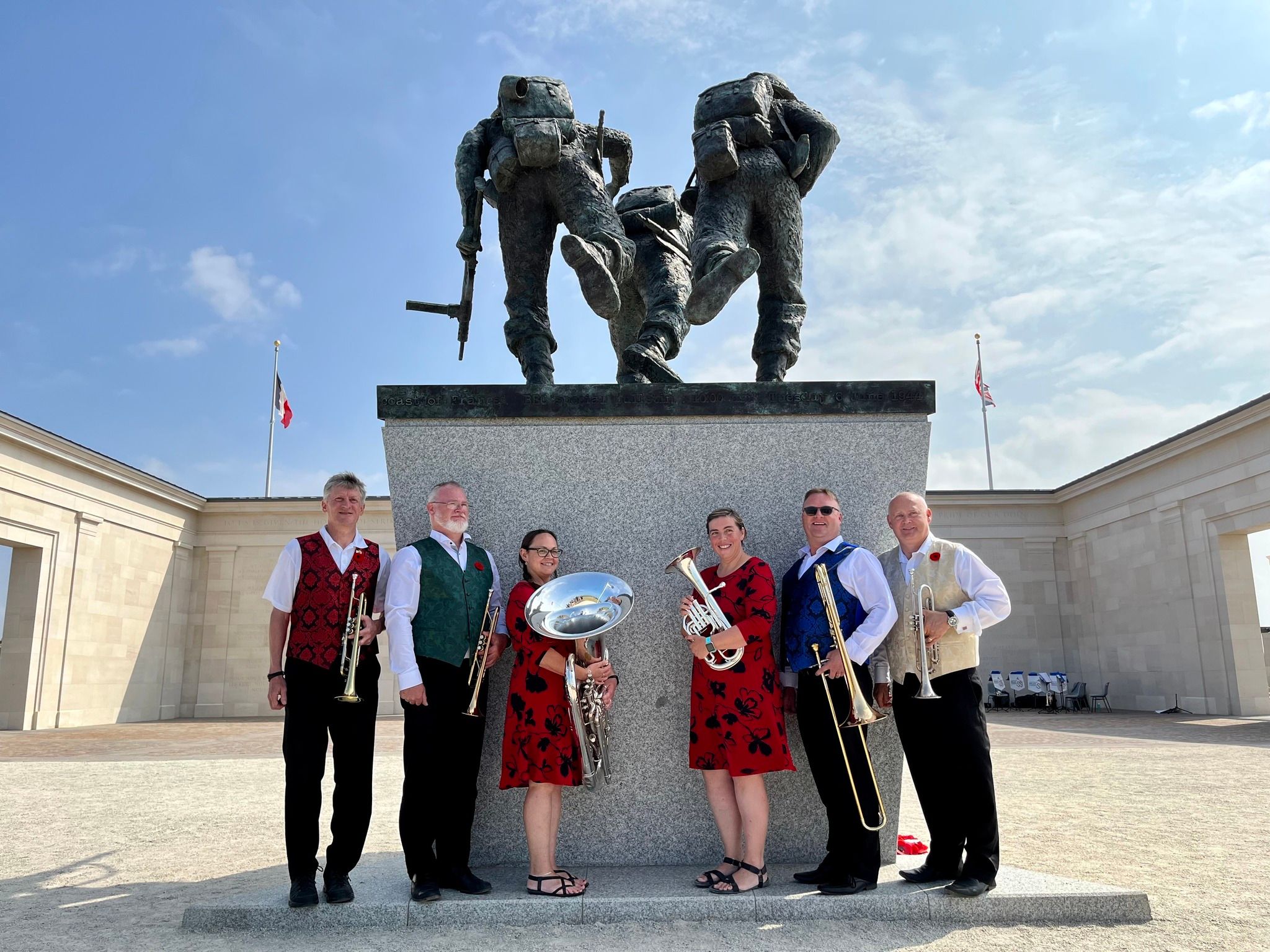 The Shropshire Brass Ensemble played in Memorial Court on  18 August. The performance included a moving arrangement of Abide With Me and the Last Post.

On 6 September, actor Vicky McClure accompanied her grandfather, 97-year-old Royal Navy D-Day Veteran Ralph McClure, on a very special visit to the British Normandy Memorial. Filming took place ahead of the release of documentary, ‘Vicky McClure: My Grandad’s War’ to broadcast on ITV next year.