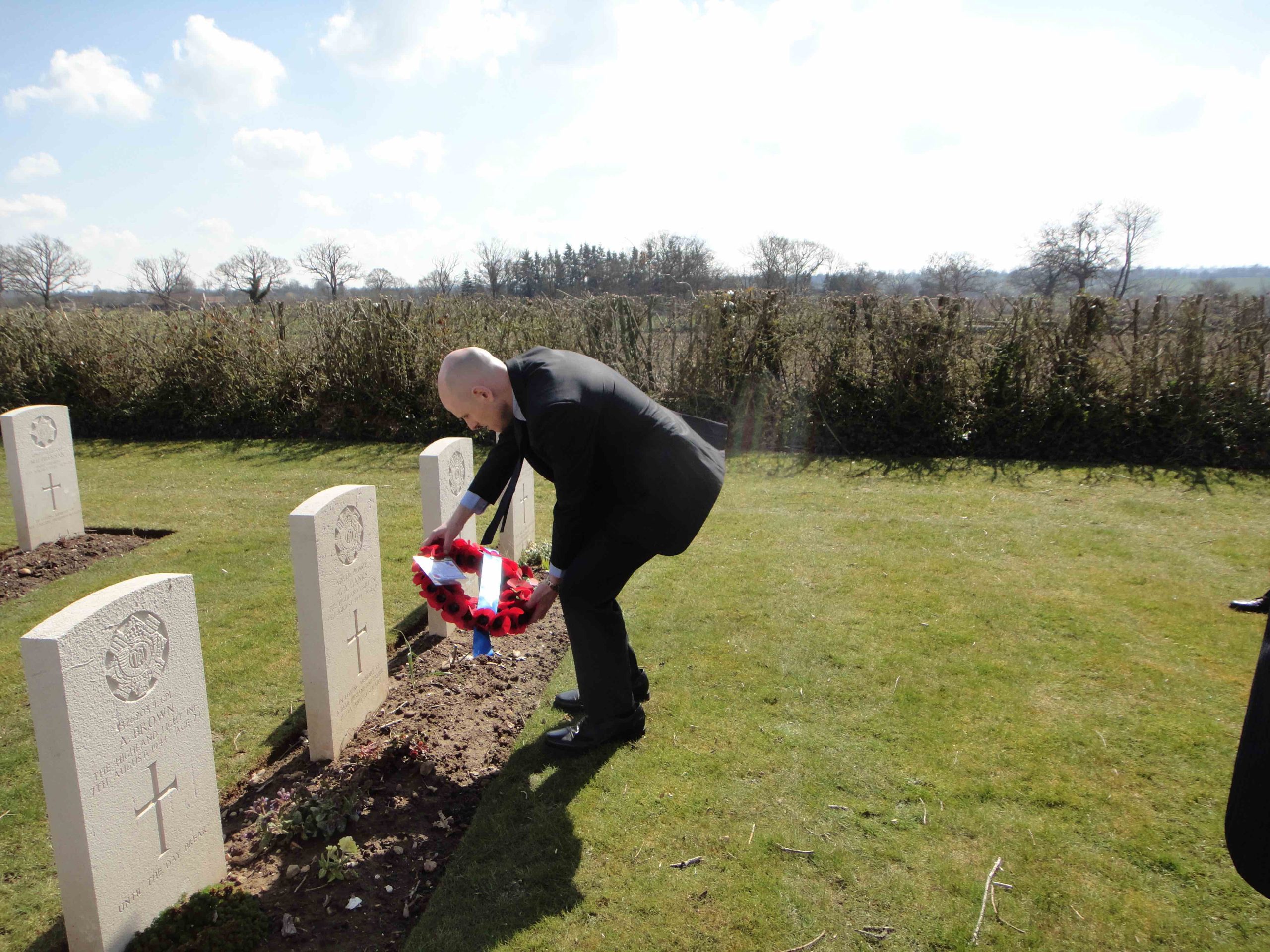 Fundraising challenge in memory of the 22,442

Paul Harris, grandson of George Hanks, one of the 22,442, has launched a major fundraising challenge. His inspiration is his grandfather and the other 22,441 servicemen and women who will be forever remembered and honoured on the British Normandy Memorial.

You can find out more about it and donate on his GivePenny page. The funds will help raise funds for a future Education Centre at the Memorial.

Paul researched George’s story and even visited Normandy to retrace his footsteps. Private Hanks of the 10th Battalion Highland Light Infantry (HLI), fell aged 30 on 7 August 1944 during Operation Bluecoat. As the Germans retreated in early August 1944 a concave semi-circle formed around the tiny agricultural commune, Estry. It had become a fortress where over 450 people would die during intense house-to-house fighting. It was a particularly nasty battle. George left behind his wife Hilda and daughter Rosemary, who had just turned one.

You can read more about George and what happened to him here. 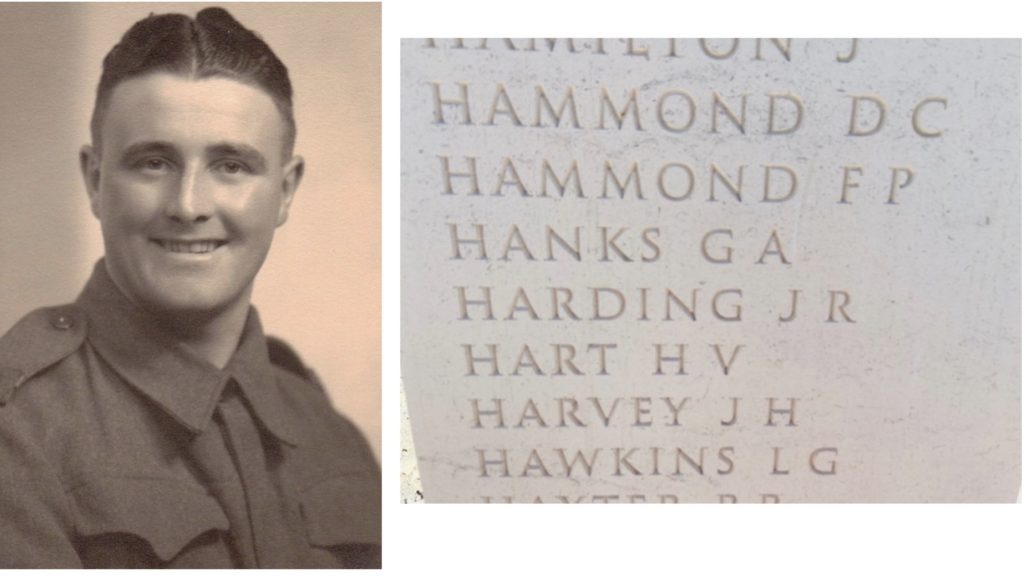 Paul shares the inspiration behind the challenge –

“In my early twenties I was ranked amongst the best distance runners in the country until I was seriously injured aged just 23. After 12 operations over 10 years, learning to walk again and countless hours in the gym, I managed to get on a bike. Since 6 June 2022, the 78th anniversary of D-Day, I have started a long-term fundraising challenge to cycle 22,442 miles to raise money for the Trust, one mile for each of the names engraved on the Memorial. 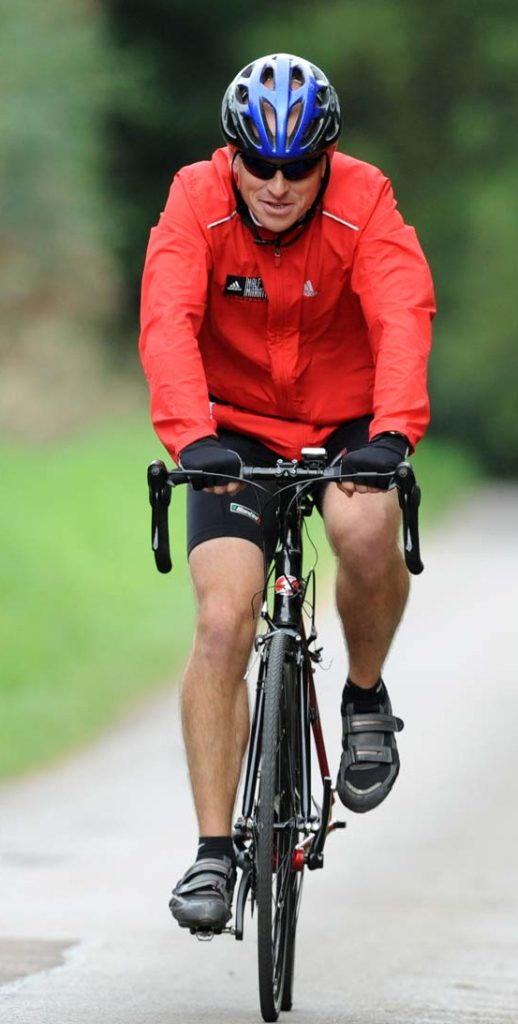 By tracing my grandfather’s footsteps and meeting local French people, I gained a deep understanding of what George’s sacrifice means to both us as a family and to the people of Normandy. To me, George’s story is incredible, but then there are 22,441 equally important stories that deserve to be uncovered and remembered. The Trust will preserve these stories as they are discovered, and I really hope my cycle ride prompts other relatives of the Normandy fallen to research and share stories of their loved ones.

I have a 20-month-old daughter, Elise. When she is old enough, I’ll tell her about her great-grandfather. We have such a great relationship, which sadly George and my mother missed out on.” 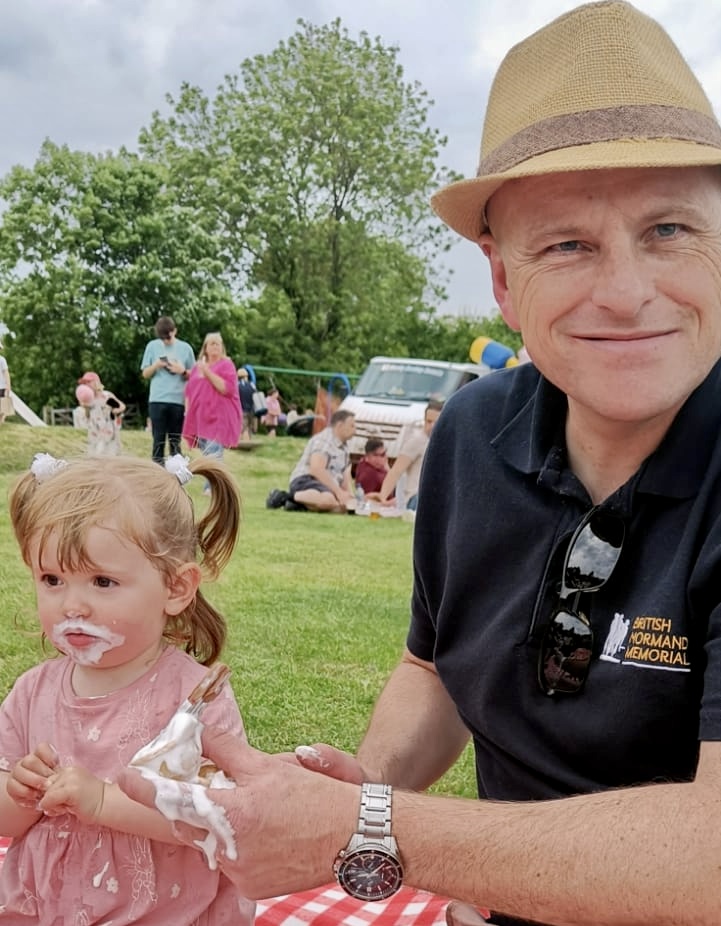 Julie Verne, Director of Development for the Trust says –

“Paul is a much valued Guardian of the British Normandy Memorial, and we are so grateful for his continued support by taking on this epic challenge that will help to ensure that this and future generations will never forget the debt we owe to the greatest generation.”