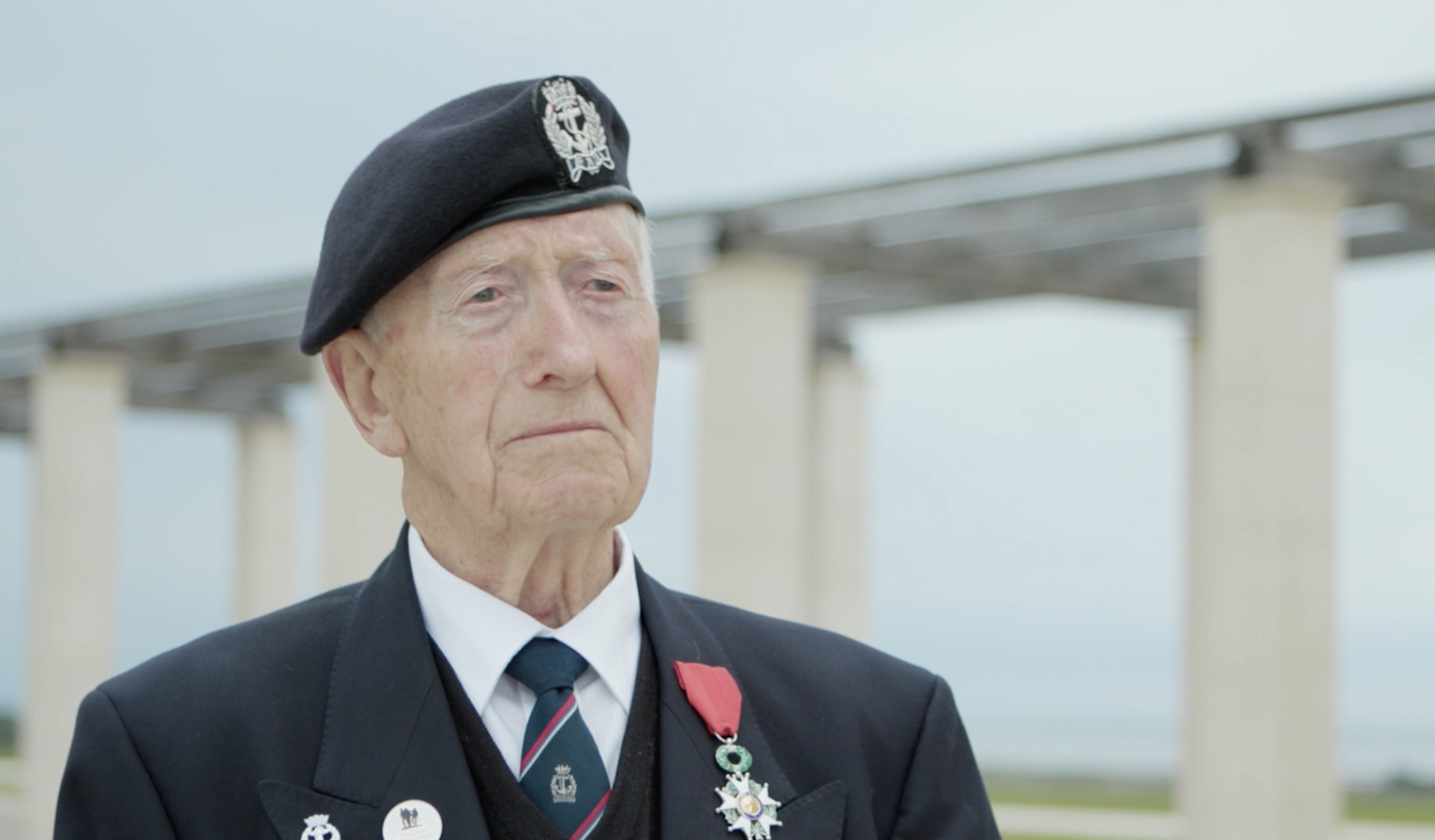 Normandy Veterans Ken Hay and Stan Ford saw the British Normandy Memorial for the first time on 6 June 2022, the 78th anniversary of D-Day, as part of a visit organised by the Spirit of Normandy Trust. They were 18 and 19 respectively in summer 1944, and they shared with us their recollections of the part they played in the Battle of Normandy as well as their reaction to the Memorial and seeing the names of their fallen comrades.

With thanks to Richard Palusinski of the Spirit of Normandy Trust.

Ken landed at Courseulles-sur-Mer on D Day +5 and his unit made its way towards Hill 112. On the night of 7-8 July, Ken’s unit was on a night patrol when they were cut off and came under attack. 9 of his comrades were killed, 16 escaped (including Ken’s brother) and 5 were captured including Ken. Ken then spent 6 days and nights in a train with the most basic of facilities travelling from Chartres to Aachen and a further 5 days and nights from Aachen to Zabrze in Poland (near Katowice) and put to work in a coal mine. With the Russians approaching, the prisoners were marched out, having been told that they were marching to a new location. This became known as the long march (approximately 1,000 miles), during which many of the prisoners died. They continued marching until 20 April when they heard the sound of guns and the prisoners refused to march any further. They were liberated by American troops and Ken returned to the UK via Rheims, arriving in the UK on 4 May, just in time for VE Day on 8 May.

For D-Day 78, Ken wrote a poem reflecting on his experiences in Normandy, entitled ‘As I Look Back‘.

Stan served on HMS Fratton, an escort ship that accompanied ships taking men and supplies across the Channel on D Day and afterwards.
HMS Fratton was sunk, believed to be by a midget submarine, off the Normandy coast on 18 August 1944. 38 of the ship’s crew were picked up, however 31 lost their lives. The explosion was so severe that the gun platform that Stan was operating was blown off the ship and into the water, with Stan still on it. Stan was pulled from the sea and taken to a field hospital on Gold Beach. The injuries he sustained have meant that he has had to walk with leg callipers for the rest of his life.