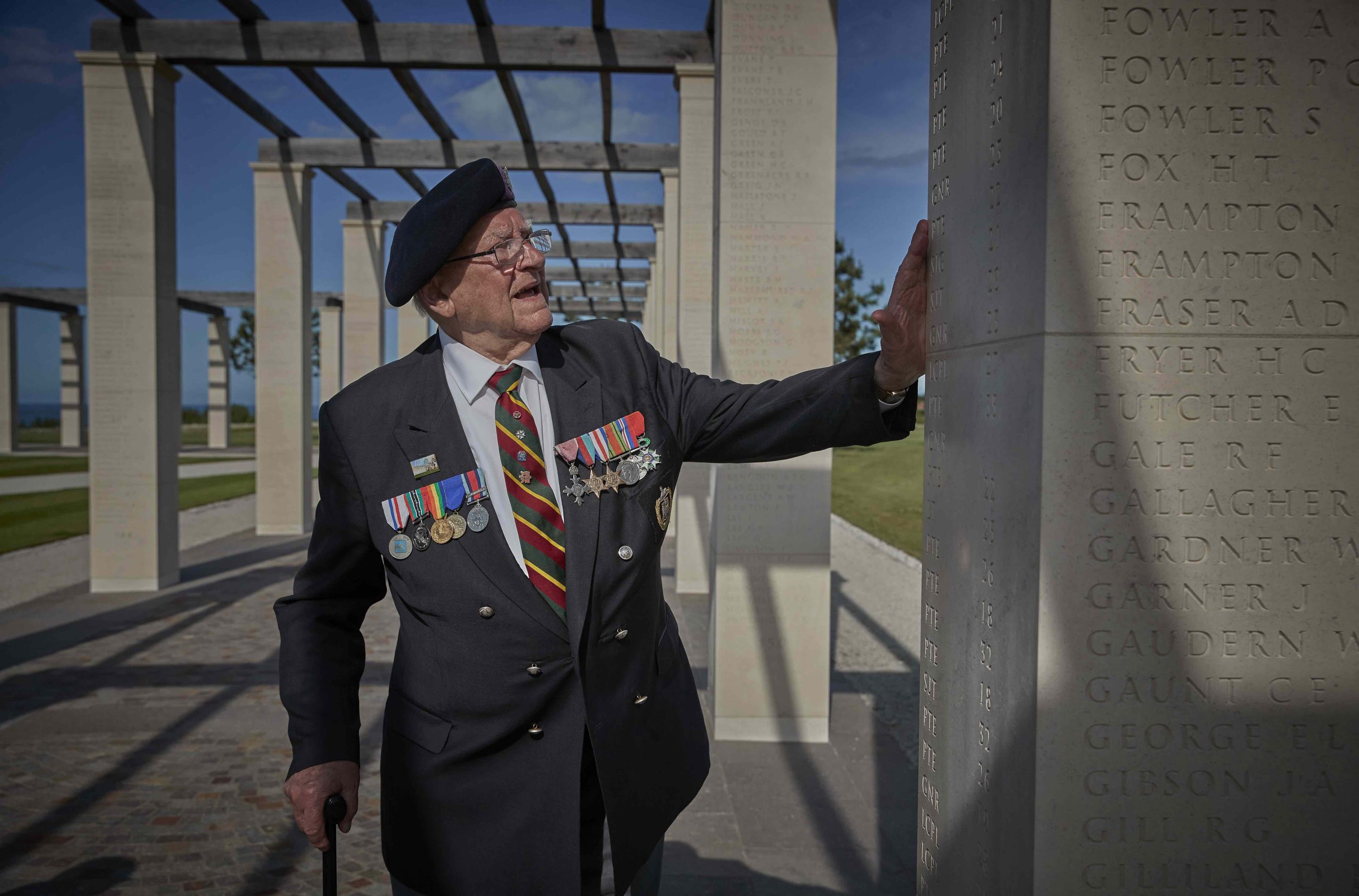 Normandy Veteran Ken Hay was just 14 when war broke out in 1939. When he turned 17, he volunteered for service in the same unit as his older brother. 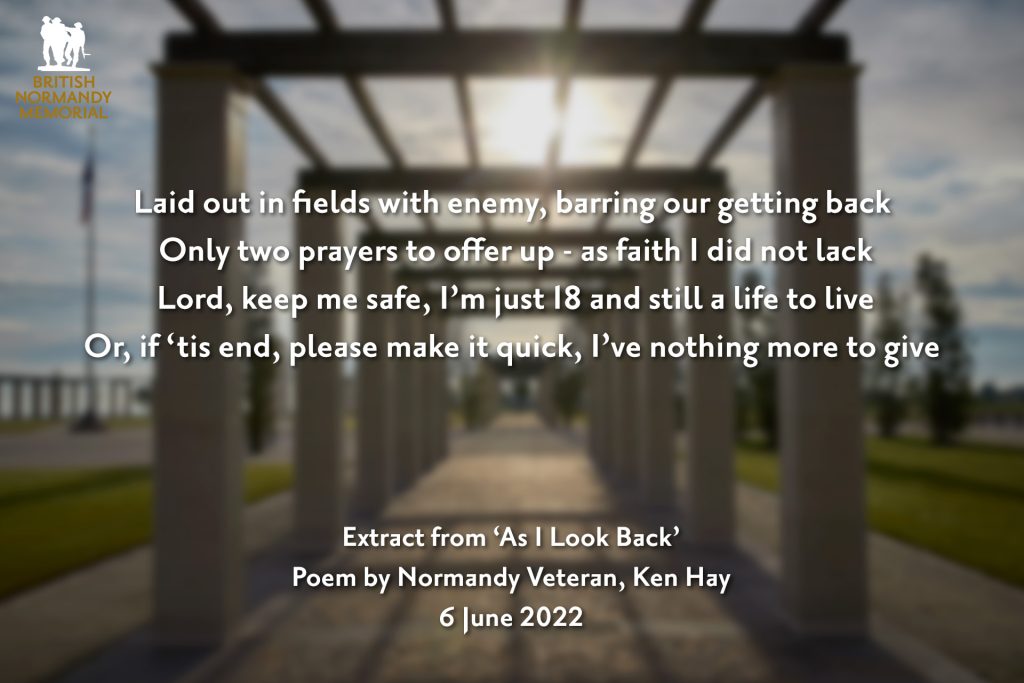 Ken fought in Normandy as a Private in the 43rd Essex Regiment for just a few days before being captured by the Nazis.

Now aged 97, he has written a poem ‘As I Look Back’, a reflection on his experiences in Normandy and a tribute to his lost comrades. It is to be read at the commemorative service at Bayeux War Cemetery on the 78th anniversary of D-Day. With permission from Ken, the Trust is delighted to share his poignant words.

AS I LOOK BACK

I was not here on D-Day, but safe on England’s shore

I hadn’t faced the horror of those that went before.

But soon the order issued “to Normandy you go”

So 43rd Div crossed channel to face the German foe.

With trouble from their snipers in church towers and in trees

We quickly learned that warfare wasn’t such a breeze.

We lost some friends and we were left to offer God our thanks.

But Gen was wrong, they let us through, thus mastering situation.

As battle raged, it seemed like hours, then died to eerie quiet

Laid out in fields with enemy, barring our getting back

Only two prayers to offer up – as faith I did not lack.

Or, if ’tis end, please make it quick, I’ve nothing more to give.

Were Mum and Dad tucked up in bed, completely unaware

That their two sons were facing death in Norman fields o’er there.

Alas, came time when ‘Hande Hoch’ fell on our ears in dread

Two wagon journeys followed then, of six days and of five

Transported off to Polish mine, forced labour to survive.

The work was hard, so little food, it was a mournful time

In darkest depths, but hope prevailed down amid the grime.

In January the camp was closed and we were marched away

To other camp, or so they said, but we marched day-on-day.

Dead bodies left at side of road, no time, or kin, for grief.

Flea-bitten, dirty and unkempt, we were a sorry sight.

When would it end, we didn’t know for news we did not hear

Until one night gunfire from West told our release was near.

With memories I come each year, and often shed a tear

To understand that I came home to live another year.

I still can see, each passing day, the friends I left behind

The price they paid, I nearly paid, is clearly brought to mind.

For, had they not, the life we live would not be very nice.

Honour them for all they gave, brave soldiers to the last.

Some folk praise me for service or similarly applaud

Or compliment my medals but I am not a fraud

I am not a world War hero, I’m no-one of renown

If you are seeking heroes, just cast your eyes around.