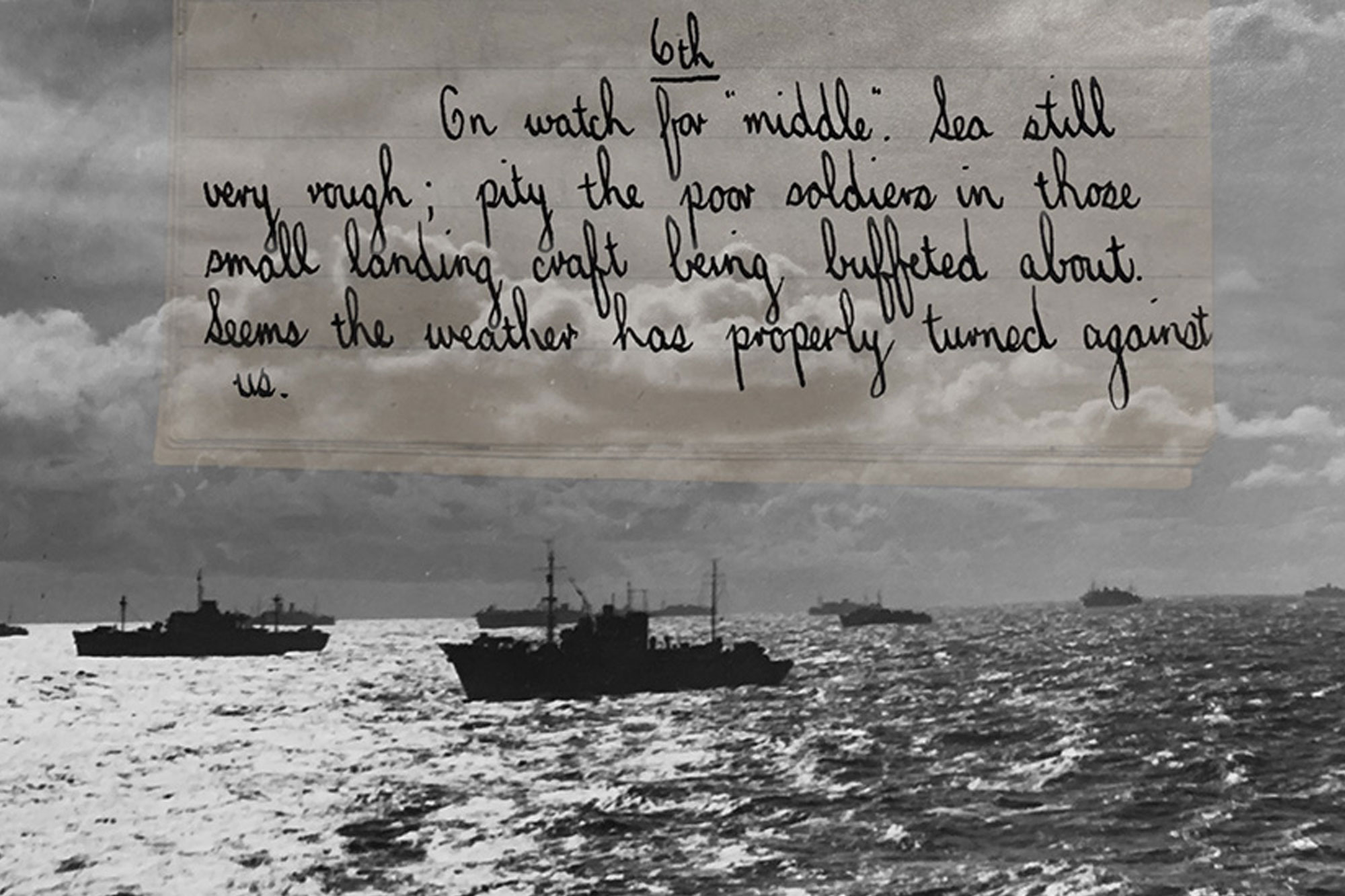 Reg Rumbles served on HMS Largs during D-Day, a Combined Operations Headquarters ship. It was his job to send updates on the invasion via morse code back to Britain. His family in West London knew he’d served in the war, but they didn’t know what his war time diary contained until, one day, they found it in the loft.