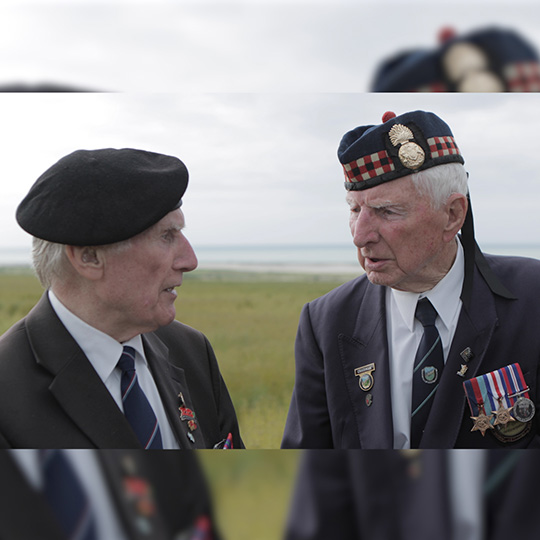 For many soldiers, it was only when they arrived on the beaches they became aware of the scale of the invasion.

Bill Ridgway & Bob Laverty were two of those men. They spoke to the Trust at the site of the British Normandy Memorial ahead of its construction.