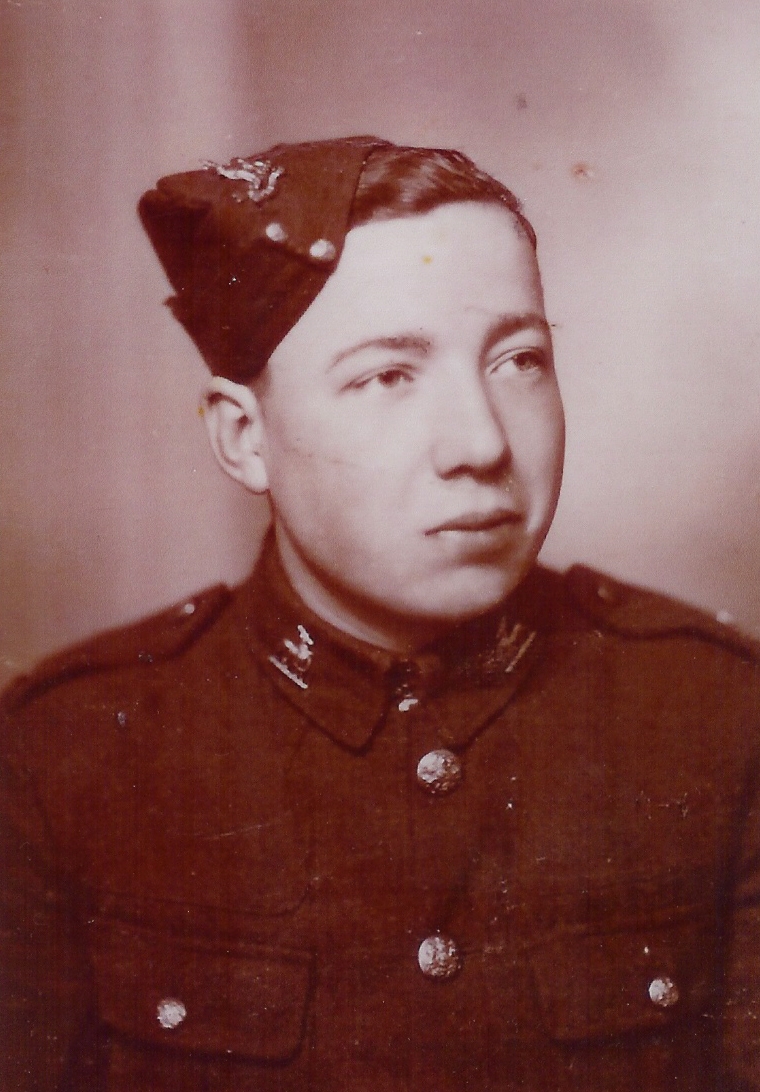 The story and photographs are shared by the Trust with kind permission from Brian Millard, nephew of Cpl William Millard

Jack, as he was known to the family, was my father's brother. Born to Nancy at Darlaston in the Black Country. He worked in Engineering but enjoyed the countryside, owning a traditional Gypsy caravan at Trysul near Bridgnorth.

Jack joined the 2nd Battalion, Royal Warwickshire Regiment just before war was declared. After basic training his battalion was sent to France in 1939 as part of the British Expeditionary Force. 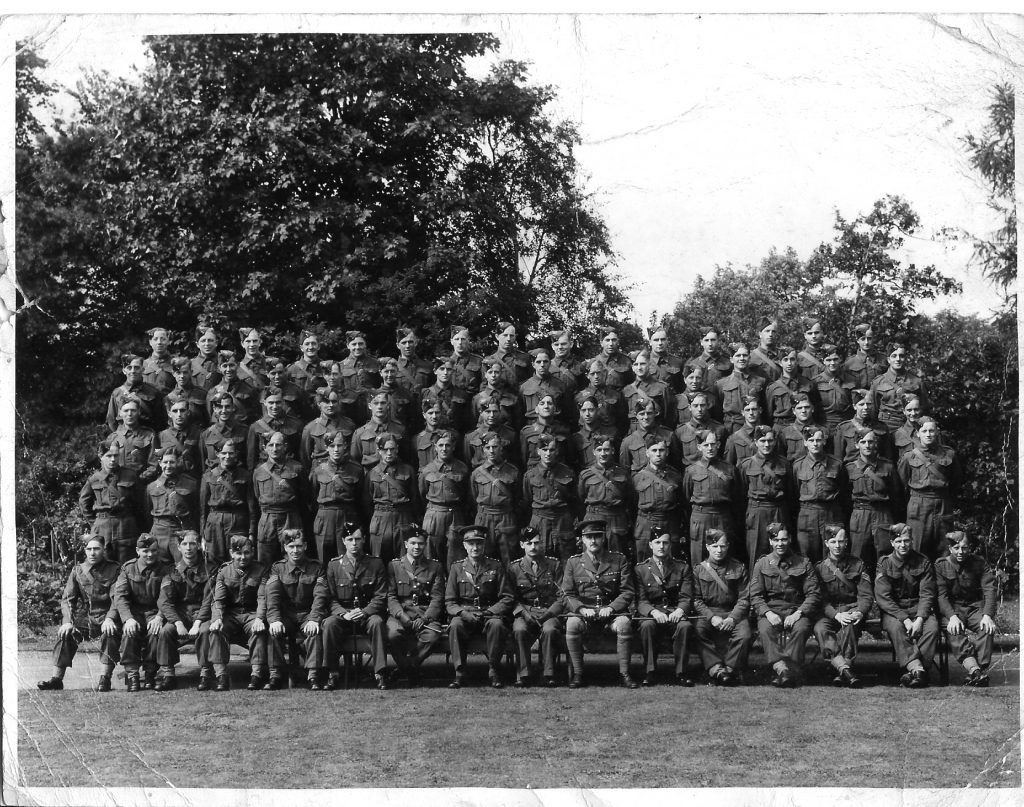 (date and place unknown). William John Millard is standing last left on the back row

As the Germans advanced the Warwicks were tasked with fighting to keep the roads open so others could reach Dunkirk. Jack escaped the Wormhougt Massacre and was evacuated on the 30 May on the SS Clan Mcalister. This was bombed and the destroyer HMS Malcolm picked him up.

Back home training was in Scotland. Jack returned to France on D-Day landing on Sword Beach at 09:55. The battalion fought to Pegasus Bridge and then up to Liebsey. The Woods were held by Panzer Grenadiers and would not fall for another month. Fighting for Caen followed before resting for Operation Goodwood which started on the 18 July.

Jack was lost on the 20 July attacking the village of Emieville. I found this printed in a book by Marcus Cunliffe at the Regimental Museum at Warwick. "There were several gallant acts during this period. The next day, for example, B Company was losing men to a German machine-gunner firing from close range from Emieville, the village just beyond Cuillerville Wood. Corporal W. J. Millard crawled toward the enemy Spandau with his Bren gun, then got up and rushed it, firing from the hip. He killed two of the enemy, only to be mortally wounded himself."

Jack is buried in Ranville Cemetery. Two other Warwicks lie either side of him.

Wormhoudt Massacre: As the German forces advanced during the Battle of France in 1940, the 2nd Battalion, Warwickshire Regiment was given the task of keeping open the main supply route to Dunkirk in order to support the evacuation across the English Channel of Allied troops trapped on the northern coast of France around Dunkirk. They established defensive positions in the town of Wormhoudt but on the morning of 28 May the British position was overrun by the advancing German forces which included 1st SS Panzer Division Leibstandarte Adolf Hitler.

About 100 men from the 2nd Battalion, Warwickshire Regiment, 4th Battalion, Cheshire Regiment and the 53rd (The Worcestershire Yeomanry) Anti-Tank Regiment, Royal Artillery, plus French soldiers in charge of a nearby military depot were captured and taken to a barn in La Plaine au Bois near Wormhout and Esquelbecq. The SS soldiers then threw in grenades and opened fire with machine guns, killing 80 of those inside. The survivors were taken prisoner a few days later by the regular German army. Those responsible for the massacre were never brought to trial.