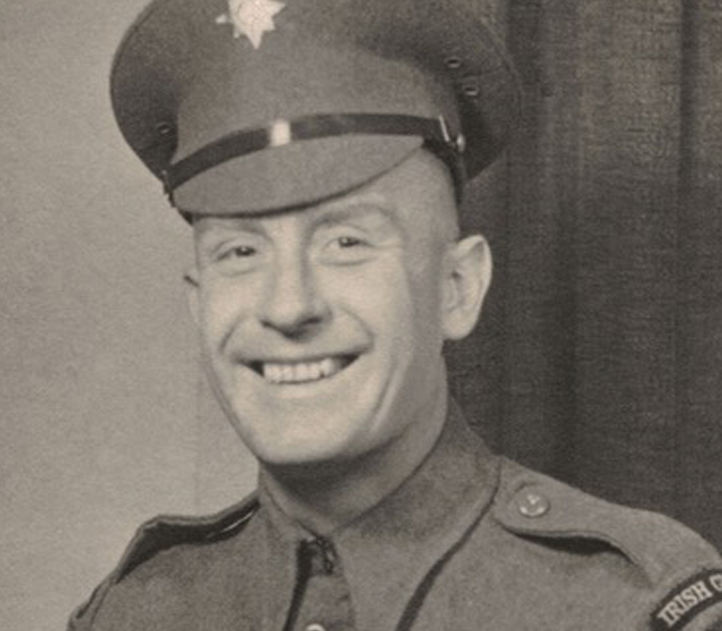 The story and photographs are shared by the Trust with kind permission from Richard Woods, son-in-law of Ivy Hunter (née Whebell)

Guardsman William Hunter, Irish Guards, 2721509 was the son of William and Frances Dora Hunter, and was born in Barrows Green, Westmorland. He later lived in Over Kellet, Lancashire, where he is remembered on the village war memorial.

He married Ivy Margaret Whebell in South Harrow, Middlesex, but after just one day of married life he had to re-join his unit. A few weeks later he died in action on Tuesday 18th July 1944, aged 28 years, on the first day of Operation Goodwood, aimed at releasing the east and south-eastern areas of Caen where the Allied forces had been held up. 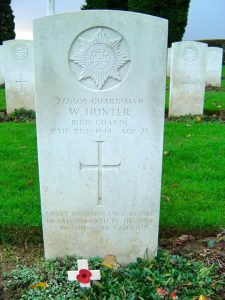 William's grave is in the Banneville-la-Campagne War Cemetery, Calvados, France.

After the war Ivy re-married, from which union twin daughters were born. I married one of her daughters and am therefore her son-in-law. After the death of her second husband, my father-in-law, Ivy asked me to look into Bill's memorial in France. Although she visited his grave just after the war, when it was still basically a field of temporary markers, I think she may have found it too sensitive to continue visiting having re-married.

Following her request to me, I offered to take her there but she was, by this time, too frail for the journey. I managed to find a lot of information and photographs on the internet which I had printed and gave to her. It was the first time she had seen his permanent memorial. Just as important to her, I contacted the village where Bill lived, Over Kellet, so that Ivy could arrange a personal floral tribute on the War Memorial for Remembrance Sunday and make a donation to the British Legion. Remembrance Sunday is of particular importance in Over Kellet. Although she will be 100 years old next year she is still very aware this is ongoing.