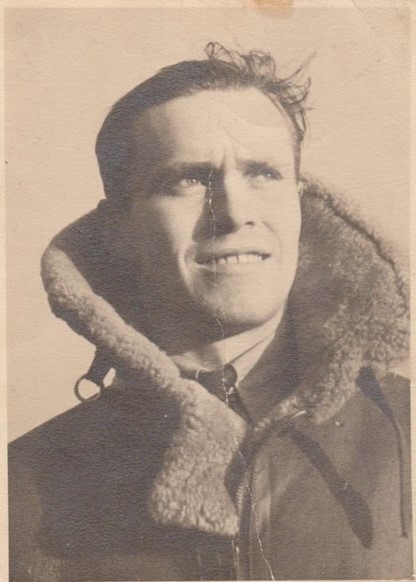 This story and photos are shared by the Trust with kind permission from Keith Hannaford, son of William Hannaford

He was the wireless operator in a heavy bomber aircraft Stirling LK385, which set out on a Special Operations Mission to attack a target near Caen, in connection with the Normandy invasion and sadly failed to return.

The aircraft crashed into a farmhouse at Baudre, a village south of St Lo, Manche, Normandy, France. It is not known if the plane was shot down or developed an engine fault.

The rest of the crew were:-

Additional information from Normandy Memorial Trust: The crew were carrying out a Special Duties mission to drop dummy parachutists as part of Operation Titanic. This operation aimed to confuse the Germans and make them think that the Allied airborne landings were taking place over a wider area than they really were.