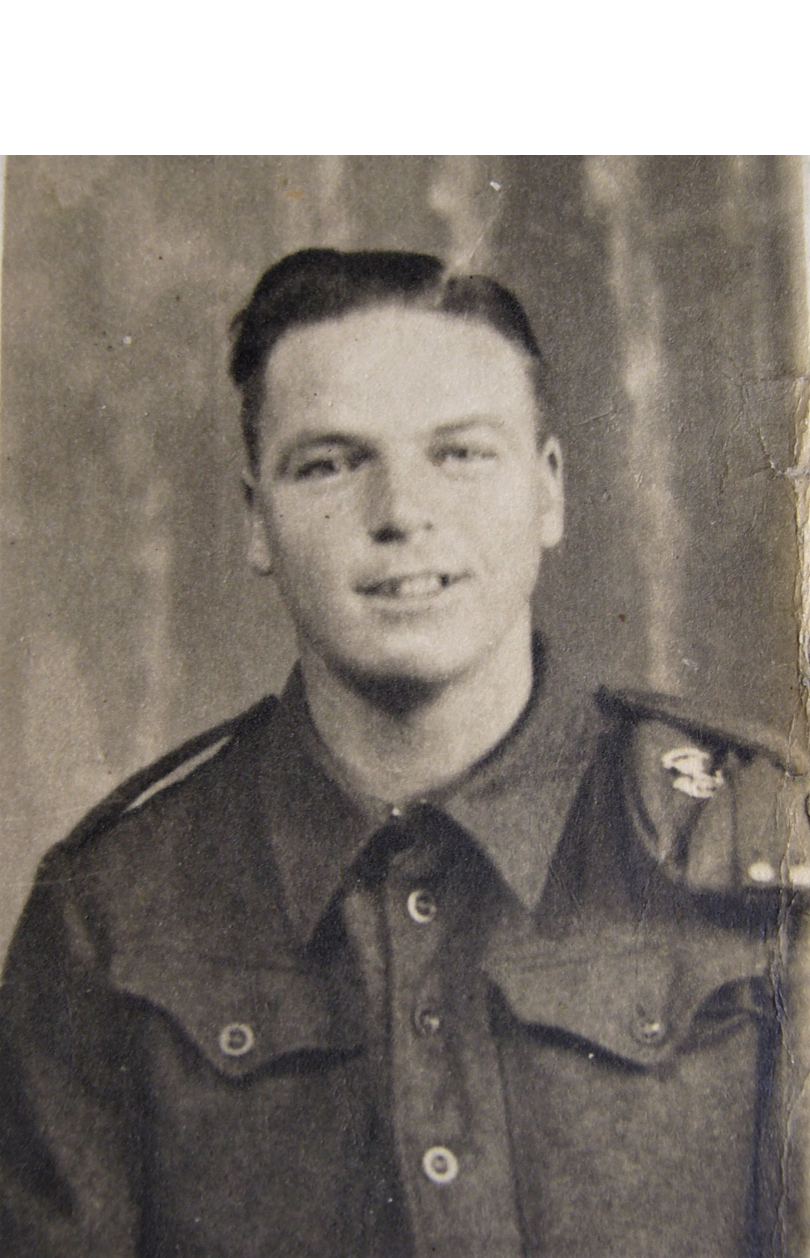 The story and photographs are shared by the Trust with kind permission from Sydney's nephew, Neil Aldridge.

Uncle Syd was born on the 30th November 1923 at 2 Millbank Cottages, in Headcorn, Kent.

His parents were Fred and Ethel Aldridge, and he had one brother (my father Ronald) and two sisters, my aunts ‘Ting’ and Violet. 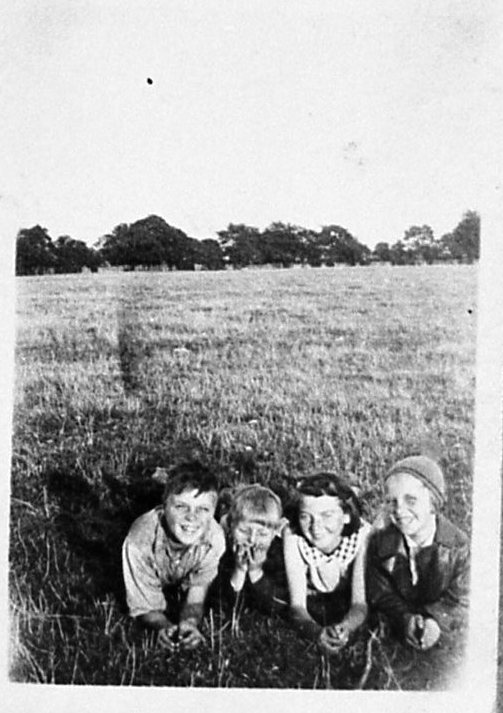 On 17 September 1942 he was called up and posted to the 9th Battalion the Royal West Kent Regiment, The Buffs, and he then undertook his small arms training at Shorncliffe Barracks at Folkestone. Uncle Syd was transferred to the 7th Battalion Somerset Light Infantry on the 2nd October 1943. 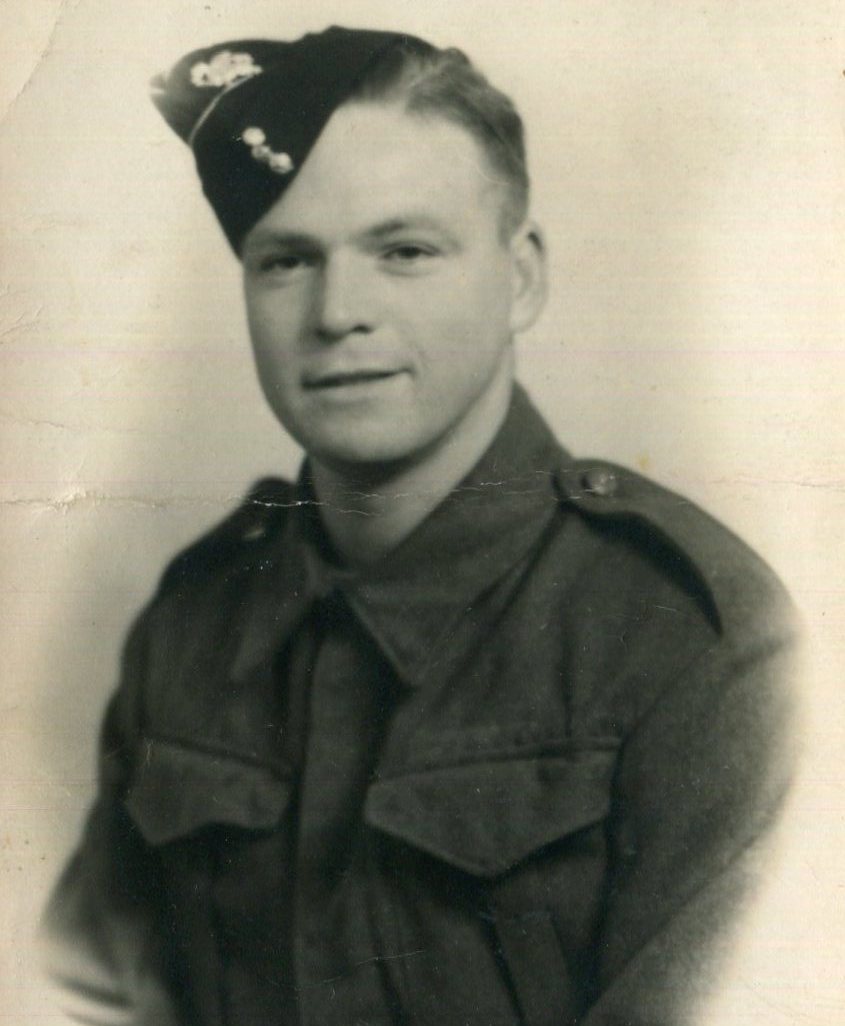 Sydney Aldridge in uniform, taken whilst with the Somerset Light Infantry in 1943.

From early 1944 the Somersets were based mainly in Sussex and were inspected along with other troops of 43rd (Wessex) Infantry Division by General Marshal Montgomery at Rye on 4 February and on 6 June were camped at Battle Abbey. The Somersets then went by train to Glyndebourne and then onto Newhaven to board the SS Biarritz a former cross channel ferry on 19 June.

The troops waded ashore at Courseulles-sur-Mer on 23 June, after four days at sea. 43rd (Wessex) Infantry Division advanced inland via Norrey and Verson to arrive at the valley of the River Odon by early July.

On 9 July, the river was crossed and the Somersets then occupied the shell scarred ruins of Chateau de Fontaine and its farmstead.

However, the Somersets were then faced with dealing with some determined SS soldiers who had hidden themselves away in the farm buildings; it took several days to winkle out the last snipers. This is a quote on the battalion history by Captain J Meredith:

"Mortar and shellfire from the 88s, the German Nebelwerfers or ‘Moaning Minnies’, as the British called them, was devastating. This was a prelude to the forthcoming advance on the position Hill 112. Colonel Lance was killed by a shell while sitting in his jeep...snipers were at their worst...several more casualties were suffered when Major Youngs company were clearing some farm buildings when a shot whistled close-by, a sniper was found hidden in a junk heap in the middle of a duck pond, another had buried himself up to his neck in a ditch and a further sniper was hidden in a hayrick and later burnt out by an enemy shell.”

Major Young later recalled: “We sat like a colony of rabbits around our trenches not daring to venture far away…it was a dangerous place to linger in the open by day or night."

Somewhere and somehow in this place my Uncle Syd was killed on 10 July 1944.

The troops that fell here were initially buried near the chateau. By 1946 some of them had been transferred to the newly set-up St Manvieu Commonwealth War Graves Cemetery and others. 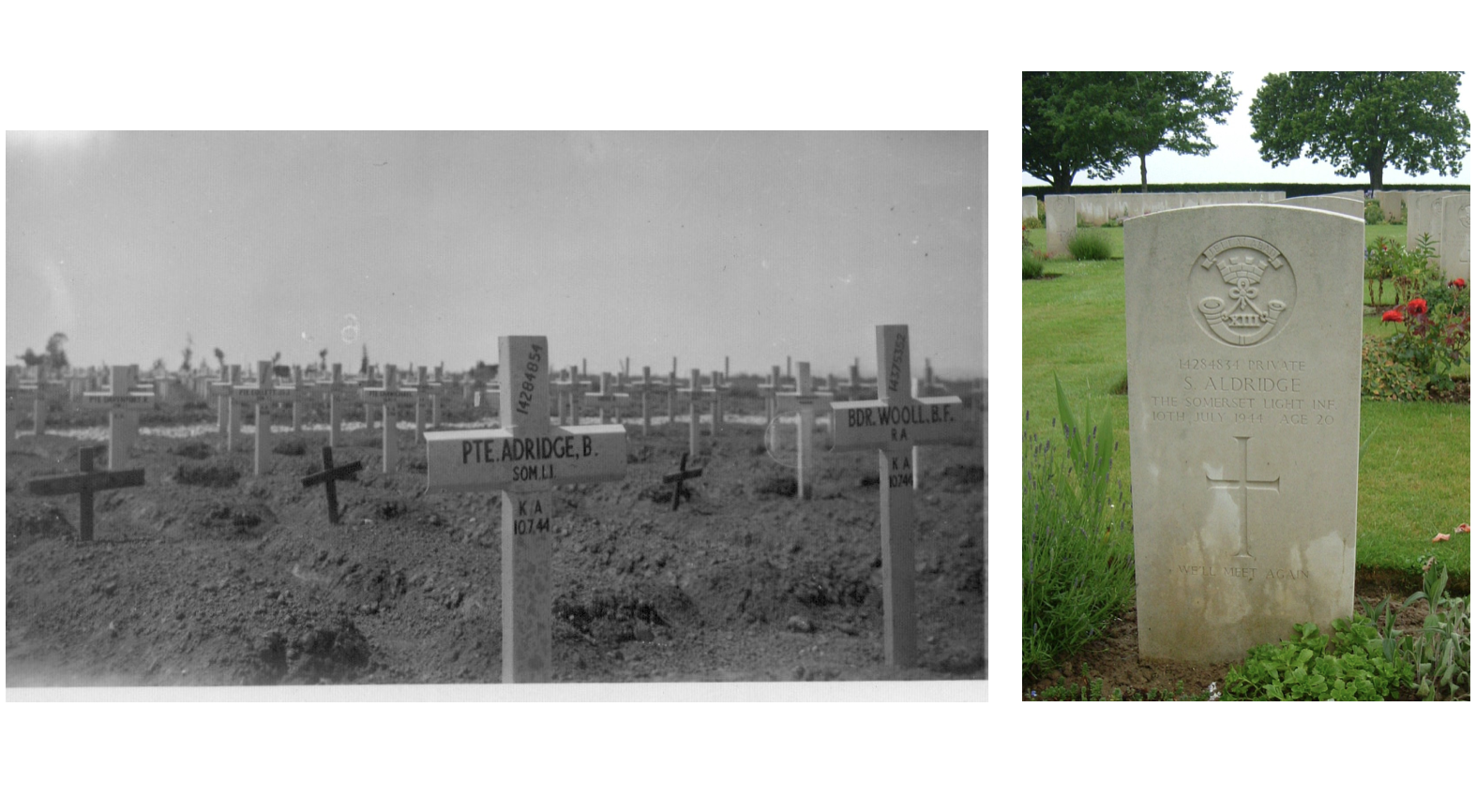 My late father gave me a copy of a translated letter from 6 December 1946 to Uncle Syd's parents from an unknown French local who tended his grave:

Many thanks for your letter of 1 October last. I am pleased to be able to help you.

I have made a note of the mistakes of which you have informed me concerning the inscription on your son's grave. And I have sent the corrections to the Association France-Great Britain.

I have been several times to your son's grave and have planted some plants on it. But at present they do not show because it is the wrong season. These plantings have been made for the coming spring.

If you have not been able to come before then I will send on to you some more photographs since the first ones I sent you have given you so much pleasure. I hope you understand that if you can get to France you must not hesitate to let me know of your arrival and I will do all I can to help you.

This letter must have given some comfort to my grandparents as they were never able to travel to Normandy to see their son's grave. My Nan always kept flowers next to her son's photograph. In 2004, I made a visit to the Normandy beaches and the cemetery at St Manvieu where my uncle is buried. 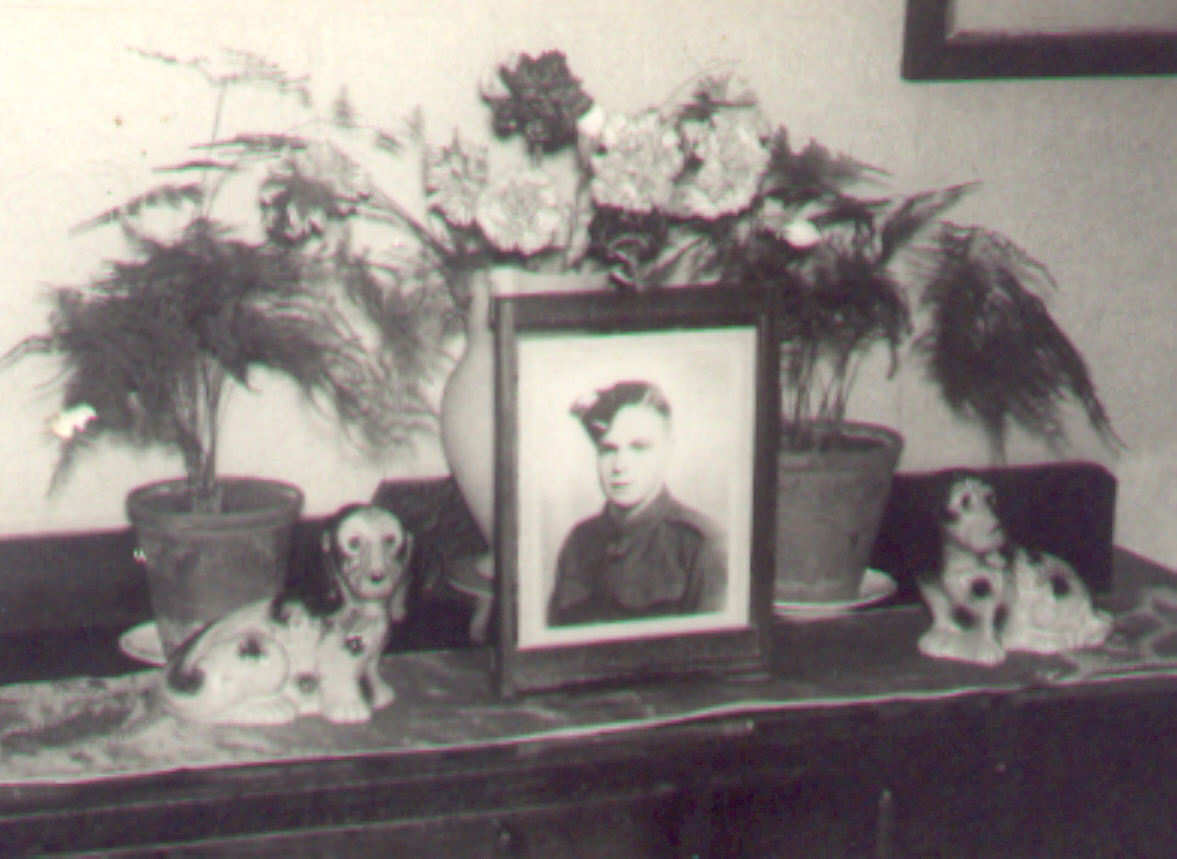