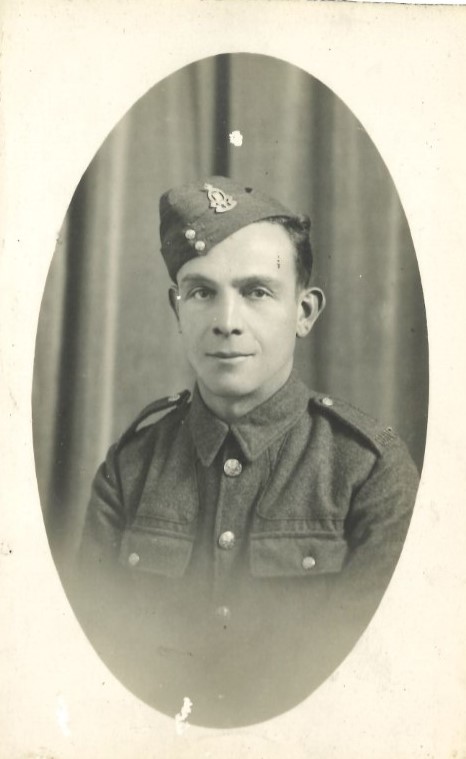 This story and photo is shared by the Trust with kind permission from Ruth Simmonds, grand-daughter of Stanley Pirkis and paradata.org

Stanley Harry Burrage Pirkis  came from Anerley, formerly of Kent until it became part of the London Borough of Bromley in 1965. He was the son of Harry Edgar Hedley and Katherine Eleanor Pirkis and was a qualified automotive engineer, trained at Thorneycrofts.

Stanley enlisted in the Royal Army Ordnance Corps and volunteered for the airborne forces.

This photo of his unit was taken in 1944 just prior to the Normandy landings. Stanley is the 7th person along on the bottom row.

WO1 Pirkis was killed in action on 12 August 1944, age 41, and was buried in Ranville War Cemetery, Calvados, France.