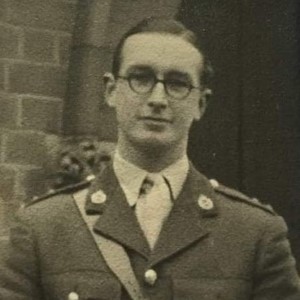 The photograph is shared by the Trust with kind permission from the 11th Armoured Division Facebook Group and its Black Bull Research Team.

Robert Hart served with 24th Lancers until its disbandment at the end of July 1944 due to the heavy casualties the regiment had suffered. He was posted to 23rd Hussars on his discharge from hospital.