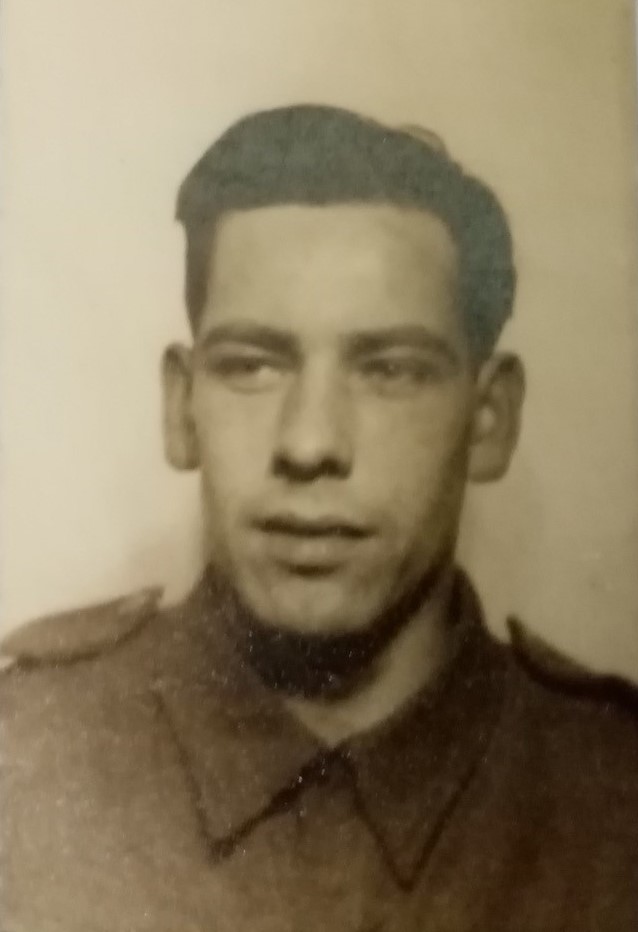 The story and photographs are shared by the Trust with kind permission from Richard Totten, cousin of Richard Greene

Richard was a native of Crumlin, County Antrim, Norther Ireland and volunteered for active service with Royal Ulster Rifles in June 1941.

After basic training he was transferred into the 51st Highland Division which was being rebuilt after the losses in France in 1940. He served with 5/8th Gordon Highlanders before being assigned to A Company, 1st Battalion, Gordon Highlanders. He stayed with A Company until his last day of action when moved to B Company. 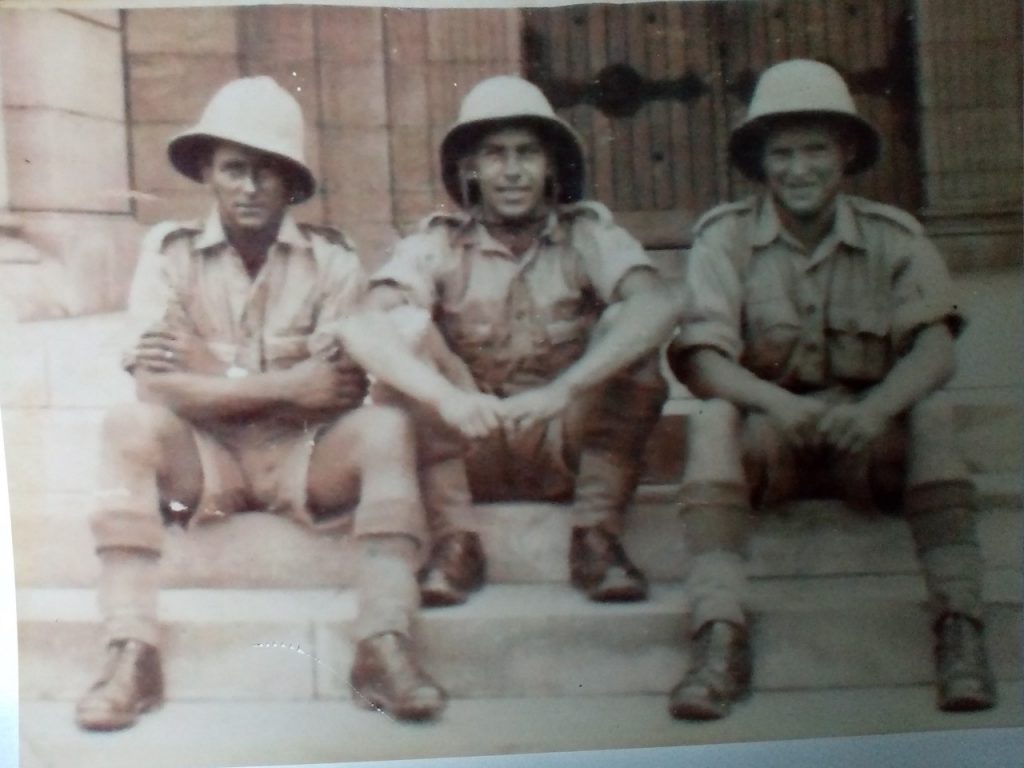 With 2 comrades in North Africa - Richard in the middle

He saw action in North Africa, at El Alamein, Tunisia and Italy before the Gordons returned to England in preparation for D-Day, returning to France on 6th June 1944. 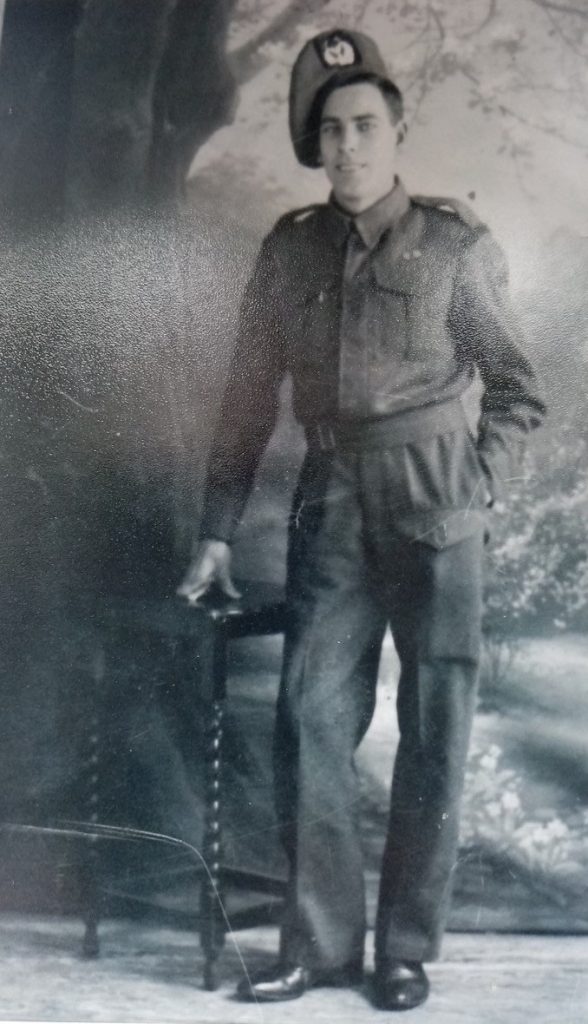 Richard in full uniform, taken prior to embarkation, 1944

Richard was killed in an action on 23 August, a day described by the Battalion CO, Col Lindsay as "The worst day I have ever known."

The battalion was seriously understrength due to casualties and Richard had been moved to B Company. It was tasked to fight around the high ground of the village of Lisieux and B Company was tasked with the high ground north of the village. The Company  advanced with 2 tanks which were both knocked out and were caught, according to records, in a crossfire of pre-set Spandau's, operated by men of the Hitlerjugend S.S. Division who shot at the wounded and stretcher bearers. Richard was one of those who died in this attack.

My father named me Richard in his memory as are my son and his son.

THEIR NAME LIVETH FOR EVERMORE

The fighting on this day was part of the Allied advance on the River Seine. Due to the fact the 1st Battalion was understrength it was held in reserve at first but due to the strength of the German resistance in Lisieux it was deployed. The town was taken by the end of the day .