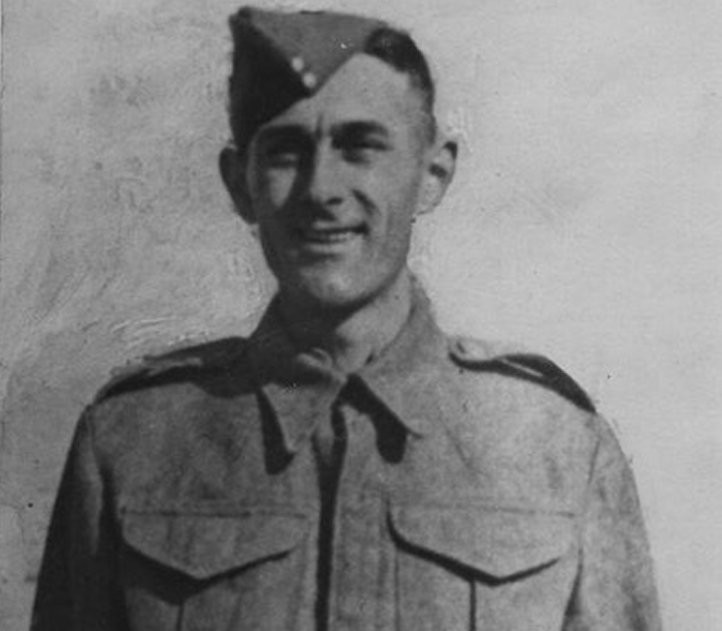 The story and photographs are shared by the Trust with kind permission from Jan and Frank Noble, daughter and son-in-law of Reg Smith

At the age of 19 Reginald became employed at the Natural History Museum, and was living with his parents at Queen’s Gate Lodge of the Museum. His father, Martin Henry, had by then become Deputy Superintendent at the Museum. On 28th October 1933 Reg married Catherine Edna Abrams (known as Kitty and born 22 December 1906) at the Kensington Registry Office. 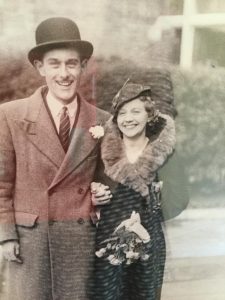 Reg Smith and Kitty on their wedding day 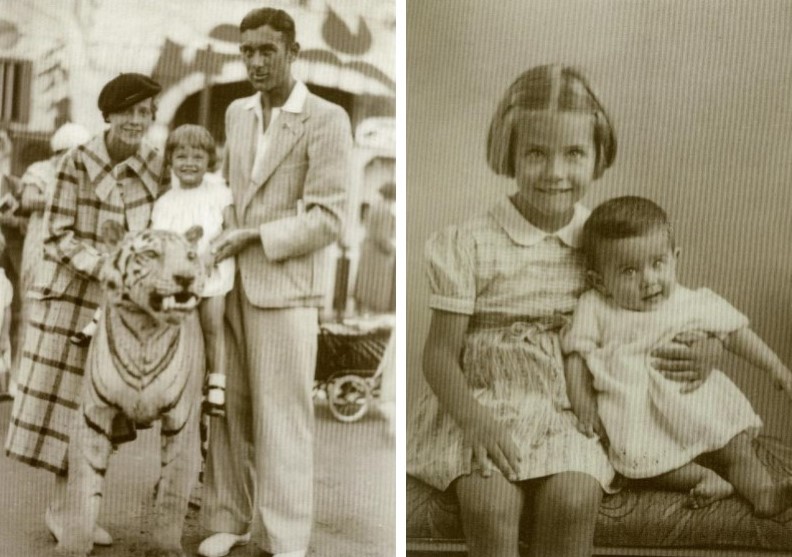 L-R: Ann sat on a fairground tiger with Kitty and Reg by her side :  Jan sitting next to and supported by her big sister Ann

In 1940,  Reg was 30 years old and living with Catherine and their three children in Richmond, London. He was working as a Technician in the Department of Zoology at the Natural History Museum. He was a tall, fit man who played football. 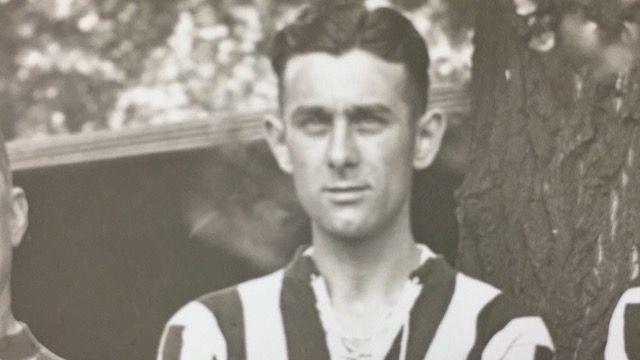 He, his wife and their children led a peaceful and stable life with a good future. The war and its consequences changed all that as the family life described above was changed for ever when Reg was conscripted into the Leicester Regiment on 14th October 1942.  He remained with that regiment for almost two years, in training and preparation for the invasion of Europe. During that time, he would have had leave to go home for short visits, none of which remained in the memory of three year old Jan and two year old Martin.  Effectively, the two younger children never knew their father.

Reg was transferred to the 7th Battalion, Green Howards on 21st June 1944, along with others, as replacements for that regiment’s casualties incurred since landing in Normandy on D-Day. His thoughts at the time can be well imagined - he had been training with the Leicesters for two years, getting to know his comrades on whom his life would depend, only to be summarily uprooted into a totally different regiment which had already been in close and mortal combat for three weeks. But he settled in well with his new comrades in arms, becoming very popular.

The 7th Battalion had already fought its way to about 12 kilometres from the coast.  Hard fighting was continued for the next two months until 8th August. By then of the original men who had landed on D-Day, scarcely half were still in action on 8th August because of severe casualties. On 9th August 1944 the battalion began an attack from a place called Rousseville, towards St. Pierre la Vieille, supported by tanks, but three tanks were knocked out by German Tiger tanks, and the attack stalled.  For the next three days (10th, 11th, and 12th August) the Battalion came under continuous mortar and shell fire. Reg was killed in action on 12th August 1944 during one of these bombardments.

Captain Alan Spencer, Reg's platoon commander, wrote to Kitty on 3rd September to send his condolences and give more information about the circumstances of his death. He also reflected on how well Reg had settled in despite only being with them for a short time. 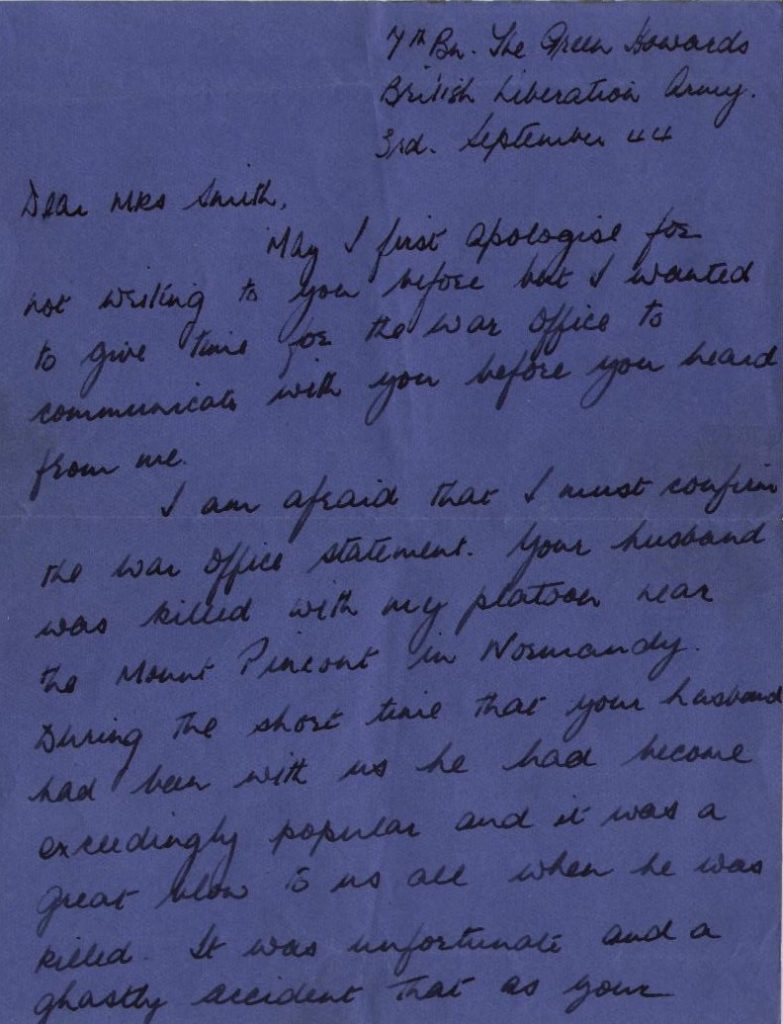 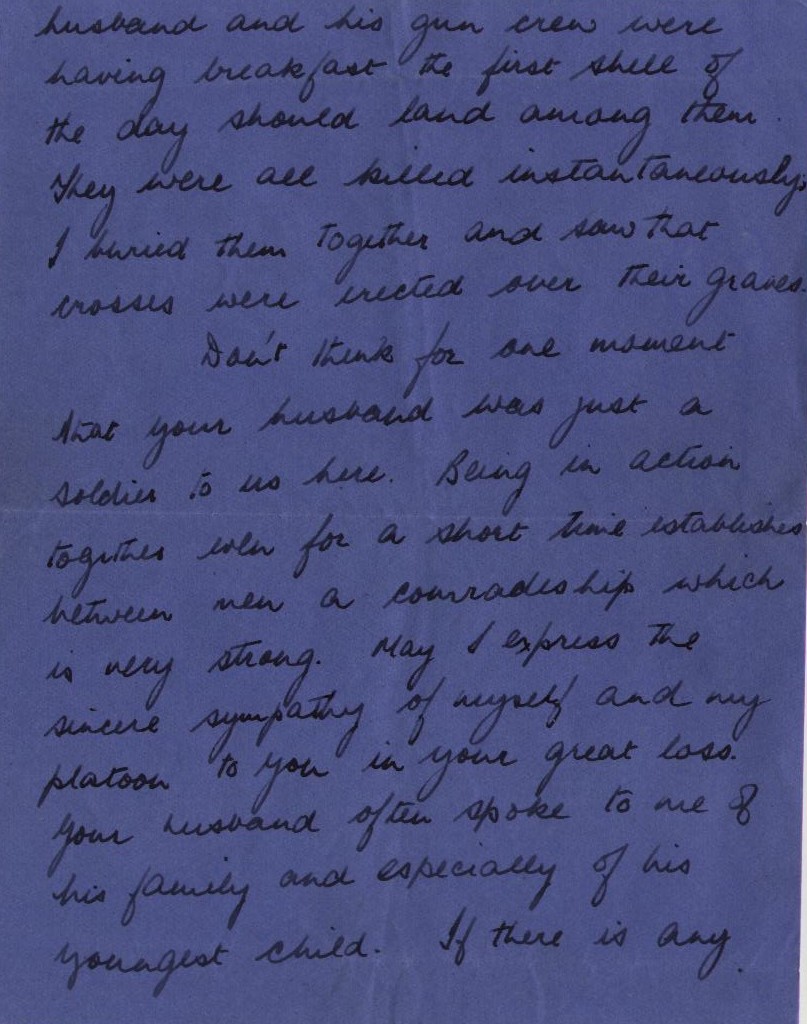 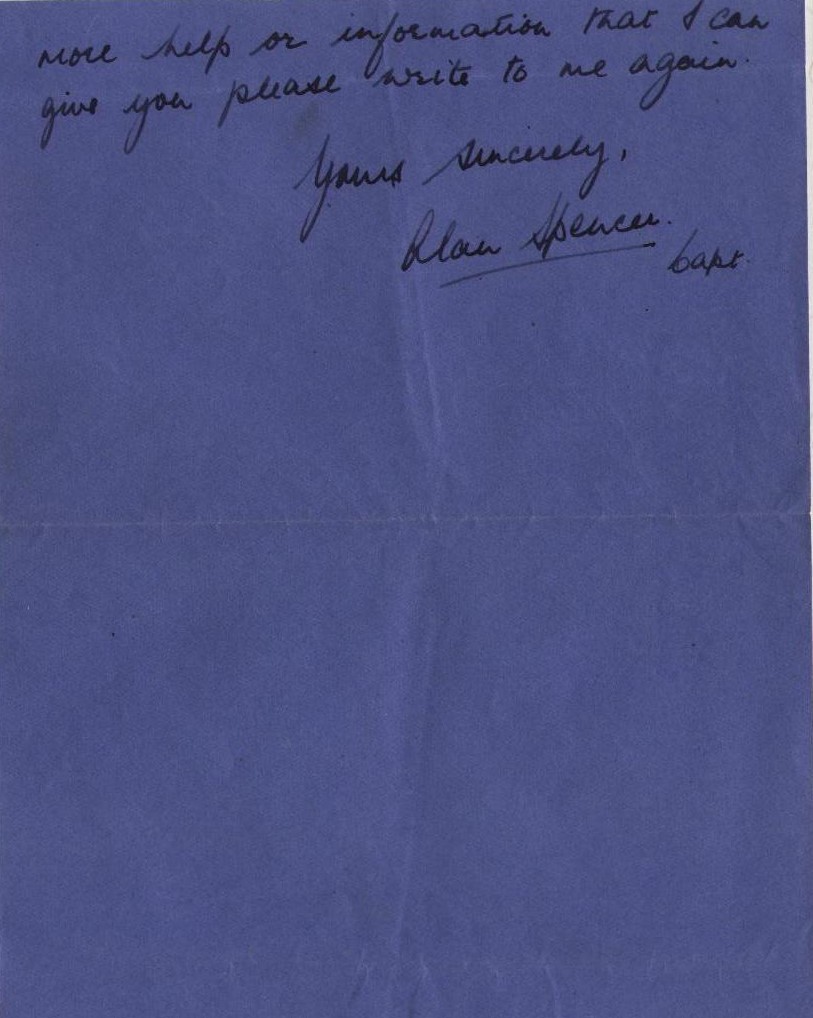 From the moment of Reg’s death, his widow Kitty and the three children, Ann, Jan and Martin were the other casualties of war.  They were immediately faced with having no income and no home, having been bombed out of their home at 3 Rosetree Cottage, Strawberry Hill, Twickenham, London. In due course Kitty received the very small War Widows Pension but otherwise she had no income.  She worked hard to become qualified as a children’s nurse in a local clinic, but that alone was not enough income for the family’s needs.  Thus, when she returned home each day after the clinic, she went out cleaning floors.  An exhausting life.

The London County Council housed her and the children, first in a damp prefab, and eventually in a small block of flats in Oxford Road, Putney. She never remarried and succeeded in bringing up the three children alone by her own efforts.

Holidays were limited.  The photo attached of Kitty and the three children was taken in Folkstone in 1949, on one of the few, short seaside holidays she could afford. 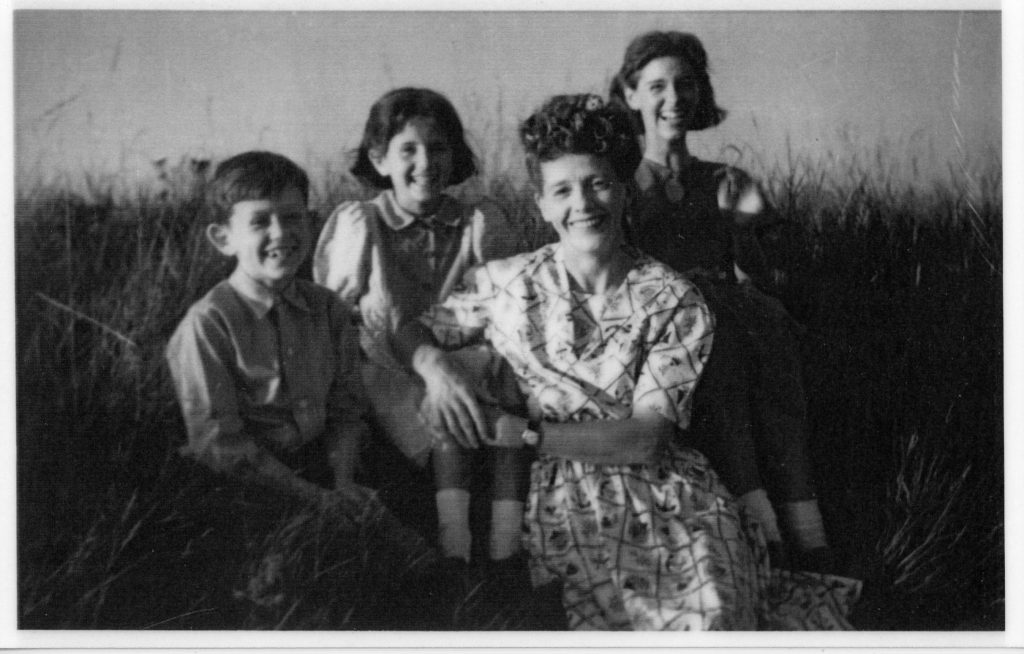 Thanks to her efforts, the three children prospered.  Each one married: Ann had five children, Jan had three, Martin had no children.

We first visited Reg's grave in 1969. It was an emotional time and that Story and our subsequent visits can be read here.