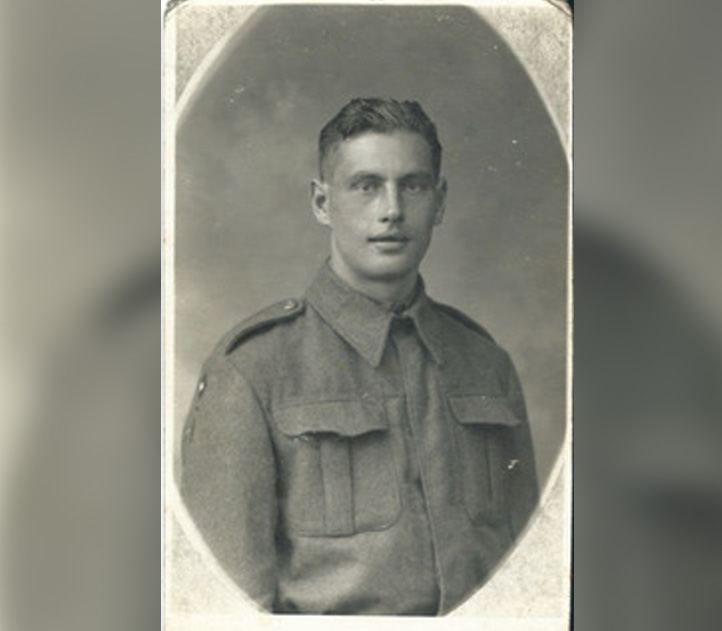 The story and photographs are shared by the Trust with kind permission from Angus' nephew, David Mackay.

My Uncle Angus was the son of David and Elizabeth Mackay and lived and worked in Thrumster, near Wick. He was one of 13 children, of which two sisters and five brothers served in the Armed Forces in WW2. 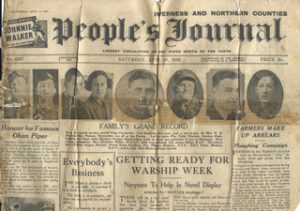 His father, David, had died in 1930 and Elizabeth, his mother, was somewhat infirm. The eldest sister, Bella, looked after the family and it was to her that Angus addressed the majority of his letters.

My Dad, Peter, served in the RAF during the war. He had told me about Uncle Angus, but I knew little of his history. Dad had married and stayed in England, but on a family trip up to Wick, Auntie Bella showed me the picture of Angus’ grave and original cross and gave me a box of his medals and letters. 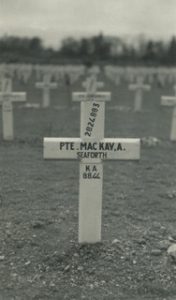 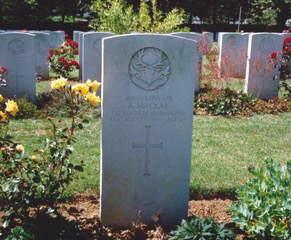 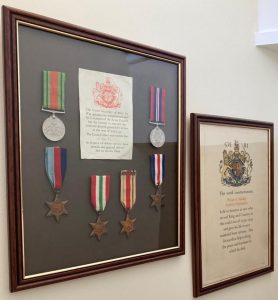 I tracked him down, using his service number from on the cross, via the Commonwealth War Graves Commission. His Regiment provided me with details of Angus’ wartime action.

5th Battalion, Seaforth Highlanders was mobilised at Golspie in Sutherland on September 1st, 1939, and eventually transformed from “a collection of well-meaning civilians into a real Scottish fighting unit”, forming part of the famous 51st Highland Division.

Angus was called up and joined men mainly from the north of Scotland. Unsurprisingly, the most common surnames began with ‘Mac’. In August 1942, after significant training, the Seaforth Highlanders shipped to North Africa, to take on Rommel, as part of Montgomery’s Eighth Army. Angus, in D Company, fought his way through El Tahag, El Alamein, Tripoli and a major engagement at Wadi Alkarrit. After a successful campaign, the Battalion moved on to Sicily in June 1943. From there, Angus wrote to his sister Bella:

“I am writing a few lines to let you know that I am getting on fine and still in the land of the living. I am beside the sea and having a good time.

But the good time was not to last. After facing 300 crack German paratroopers and taking heavy casualties in fierce hand to hand fighting at Francofonte, the Seaforths moved on to the Sperro Hills, again encountering strong opposition and casualties. In August 1943, a letter to Bella - on Red Cross notepaper - gave bad news:

“A few lines to let you know that I am in hospital. But Bella don’t worry, I am getting better now.” 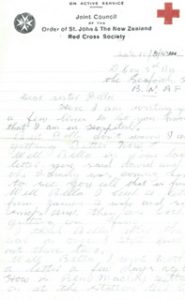 The injury must have been more serious than Angus thought, or at least more serious than he was letting on to Bella, as he didn’t leave hospital until three months later. In November 1943, Angus and the Battalion returned home to Scotland to rest, recuperate and begin training for Operation Overlord – though they didn’t know it at the time.

On June 5th, 1944, after training in England for the early months of the year, Angus and D Company boarded a ship in Tilbury, ready for the Invasion of France. They followed the Canadians onto the Nan Sector of Juno Beach at Courselles sur Mer on D-Day +1, encountering very little resistance. They settled in and crossed the Orne at Benouville on June 14th.

The Divisional Newsletter, Plobaireacht, was issued to the troops that same day with a message from the Commanding Officer:

“So we have made a start. Not a spectacular start, such as was the Division’s fortune at Alamein, but a brave start nonetheless. Before us lie hard days and fighting. In Africa and Sicily we showed the World what the Sons of Scotland can do. We will show it again, now!”

For Angus and the Seaforths, as they entered what was known as the Triangle, the fight for Normandy and France began in earnest. Strategically, the Allied troops were deployed to occupy and hold the Triangle, the Eastern area around Escoville, St. Honorine and Troarn. This was to draw German troops and armour from the west and free up the American advance. There was a significant amount of brutal fighting for some weeks, as reported in the Scottish press, but the objective of drawing German forces was successfully achieved.

The planning for a breakout south to Falaise was now in hand. Angus wrote to Bella on July 27th. This proved to be his last letter home: 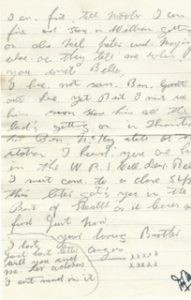 “Well dear Bella, I must come to a close, hoping this letter gets you in the best of health as it leaves me fine, just now.

The breakout to Falaise, 17 miles to the south of the Triangle, began on August 8th, 1944. Strong resistance was encountered on the German front line at Tilly la Campagne. At 02:15 on August 8th, D Company, under Captain Grant Murray, was ordered to take the level crossing. The attack failed with heavy casualties. Angus was killed, along with Captain Murray and nine others. The objective was finally taken at 09:00 that morning.

I was the only family member to visit his grave, first in 1990, and many times since, with my own family. My son carries Angus’ name - James Iain Angus Mackay - and we were so proud to learn that the name of Private Angus Mackay will be commemorated on the Normandy Memorial. Poignantly, Angus is buried at Ranville Cemetery, next to Captain Murray and the other nine Scottish soldiers that fell, fighting, at his side.