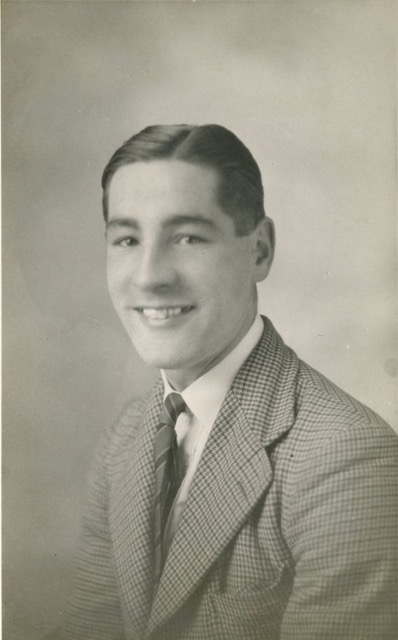 The story and photographs are shared by the Trust with kind permission from Norman's niece, Jenny Chalklin.

Norman was the third child of Margaret and Harry Bottoms of Colchester in Essex. He was born on 3 April 1921. He had two older sisters, Joyce and Peggy, and a younger sister Coralie.

Norman volunteered in May 1939 and kept diaries of his army life up until just before D-Day. 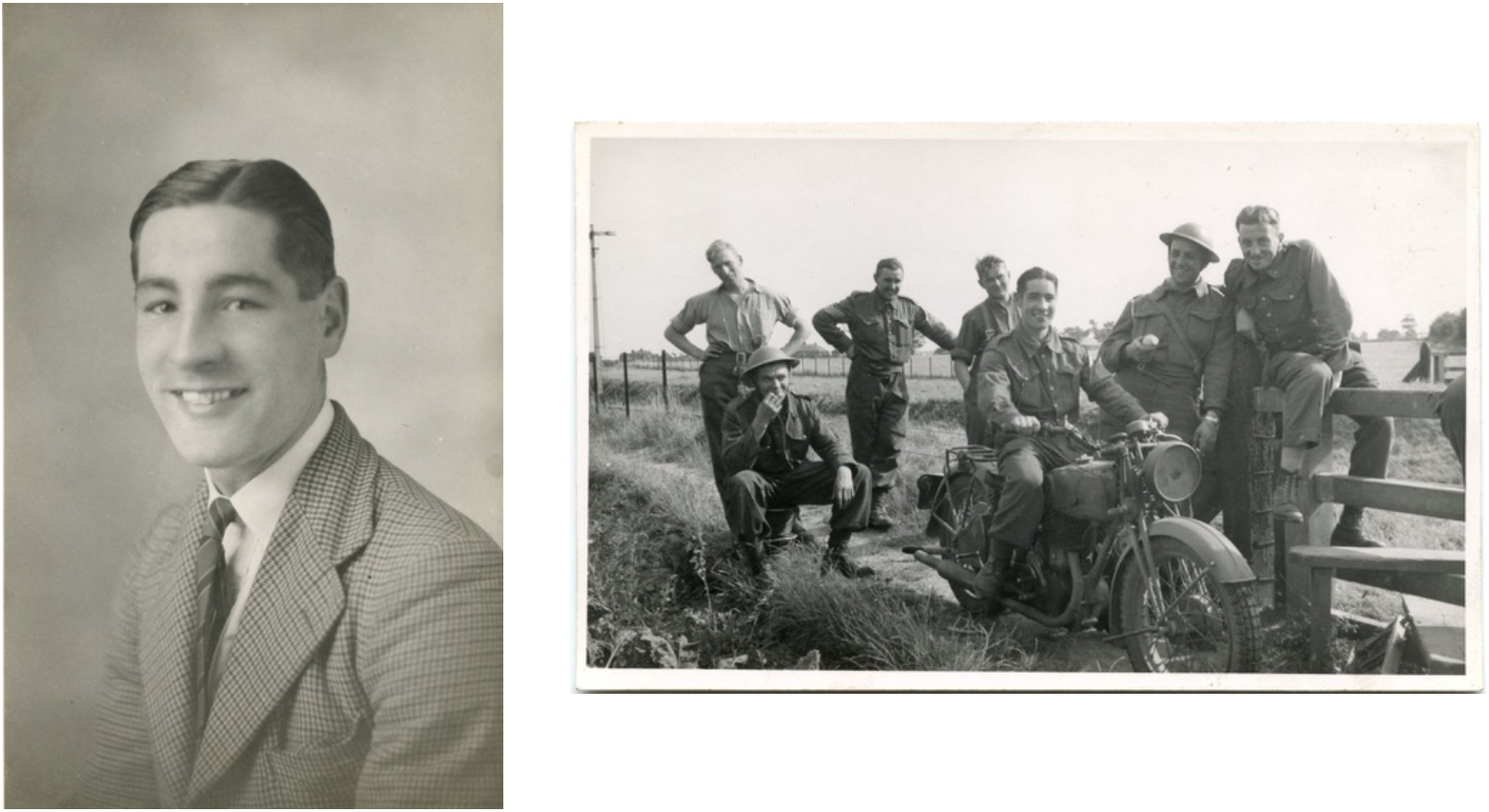 Norman Bottoms - on the right, he is pictured on the motorbike surrounded by fellow servicemen.

Below is a transcript of the letter received by Norman’s mother Margaret, from Captain Taylor, following Norman’s death. It describes the circumstances of his death.

Thank you very much for your charming letter. Far from my forgiving you for writing to me, it is I who owe you a most sincere apology for not writing to you before.

Your son and I went into action together on June the sixth: this was natural because he was my right hand man. As far as my job was concerned, the success of the support given by our Regiment to the infantry was largely attributable to faultless wireless communications for which he was largely responsible. In the long period of waiting and in that first hour which to many of us must have been the biggest test of any over here he set that example of courage, determination and cheerfulness which I had learnt to expect of him.

During the advance it was necessary for us to cross a large open cornfield with the leading infantry. At that time, I believe, we were the furthest from the landing beaches of any British forces. Half way across we were subjected to heavy and persistent mortar fire, which took its inevitable toll of the advancing troops. Norman was one of these. That is all. To the best of my belief, his death was instantaneous and without suffering. We had to go on shortly afterwards but I returned to the cornfield at the first opportunity (which was about a week later), and then went to find his grave which I have visited again on two occasions. You ask me if, in this respect, everything was and is alright. I can only assure you that I have given it my personal supervision.

You have been told I am sure of the affection and respect Norman gained wherever he went from his multitude of friends. I knew your son very well- both as his Troop Commander and his friend: and can only add that in the qualities of humour and zest for life, keenness of mind and generosity of spirit I do not expect to meet his equal. Would you consider it an impertinence if I say that to me also he is an irreplaceable loss.

I cannot hope to know quite how you feel and realise that anything I write is bound to be but an empty consolation for bare reality. I can only offer you the deepest sympathy of one who was privileged to wonder at his obvious devotion to yourself, and exhort you to bear this grief as he would have wished you to.

Captain Derek Taylor was later awarded the Military Cross for his work under the heavy fire which killed Norman.