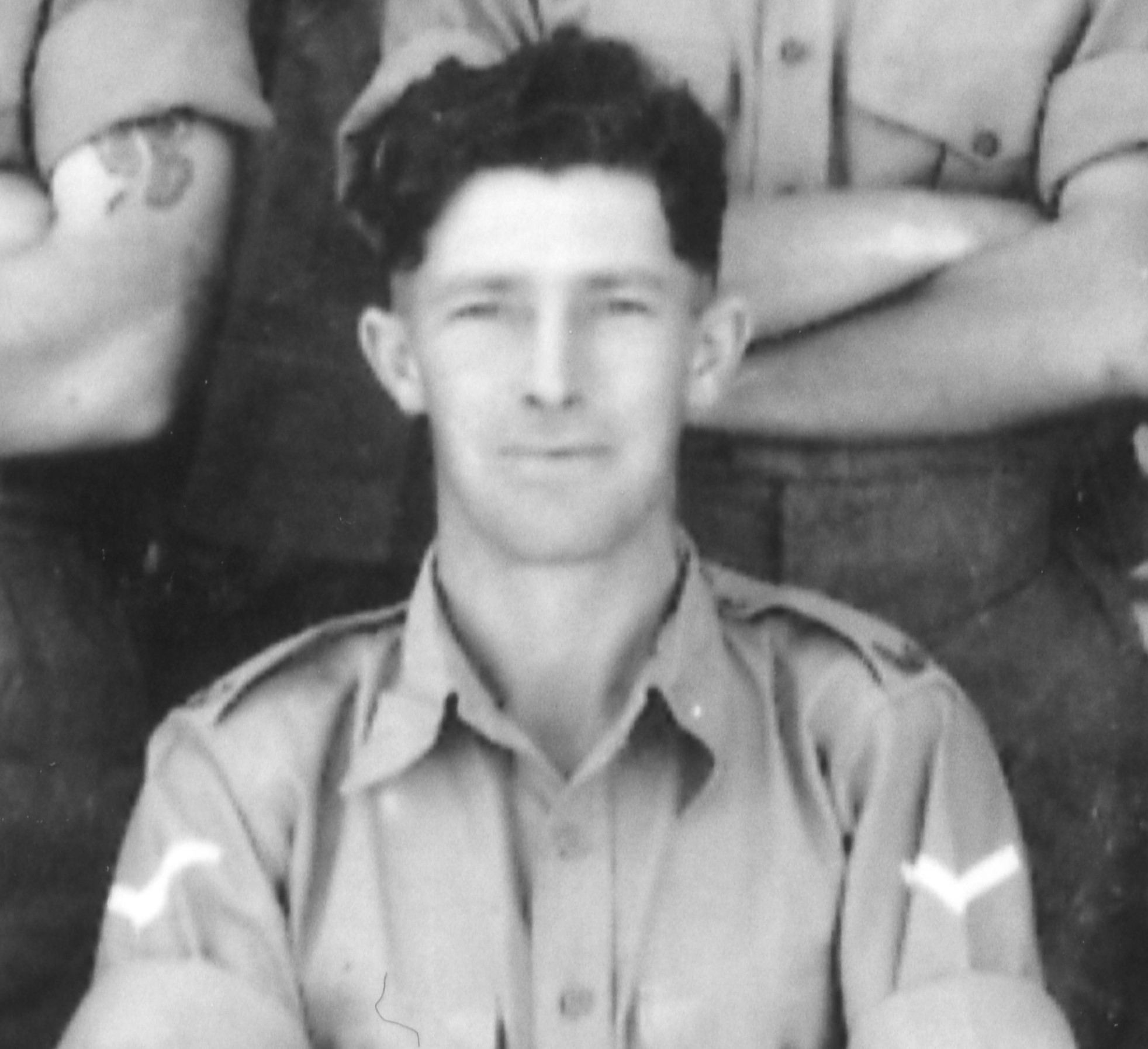 Born in Waterford, Nicholas (also known as Pat due to his Irish heritage) was a career soldier, joining the British Army aged eighteen in 1929.

Based in Dorchester, he married a local girl, Florence Bartlett, with whom he had three daughters, Maureen, Patricia and Danelia and a son, Nicholas.

He served with 1st Battalion, Dorsetshire Regiment. In 1939, after several years’ service in India, his Battalion was sent to garrison Malta, where they served throughout the subsequent siege. Following its relief and a period of training in Egypt, they landed in Sicily on 10th July 1943, where the fighting was hard.

On 28th July, as Company Sergeant-Major of D Company, Nicholas led his men forward in an attack towards Regalbuto, showing cool and courageous leadership under heavy mortar and machine gun fire. On 8th September 1943, he landed with his Battalion on the mainland where they fought a fierce battle at Pizzo on the toe of Italy.

Chosen to spearhead the Normandy landings, his Brigade returned to the UK in November 1943. Nicholas landed at 07:40 on D-Day, 6 June 1944, and, when four of the five officers of D Company were killed or wounded, he and Major Willie Hayes led their men to seize two gun positions above Buhot. On 11th June, at Point 103 near St Pierre, he was wounded during a German counter-attack but stayed with his men. Nicholas was killed on 14th June at La Senaudière while rallying his men to repel another German attack.

A brave and widely respected Warrant Officer, he was posthumously mentioned in Despatches in March 1945. CSM Nicholas O’Connell is buried in the Commonwealth War Graves Commission Cemetery at Hottot-les-Bagues. He is remembered with pride by his children, grandchildren and great-grandchildren on this Memorial and that in Dorchester, as well as at the Keep Military Museum there. He is also mentioned in the published histories of his Brigade, Battalion and Regiment.