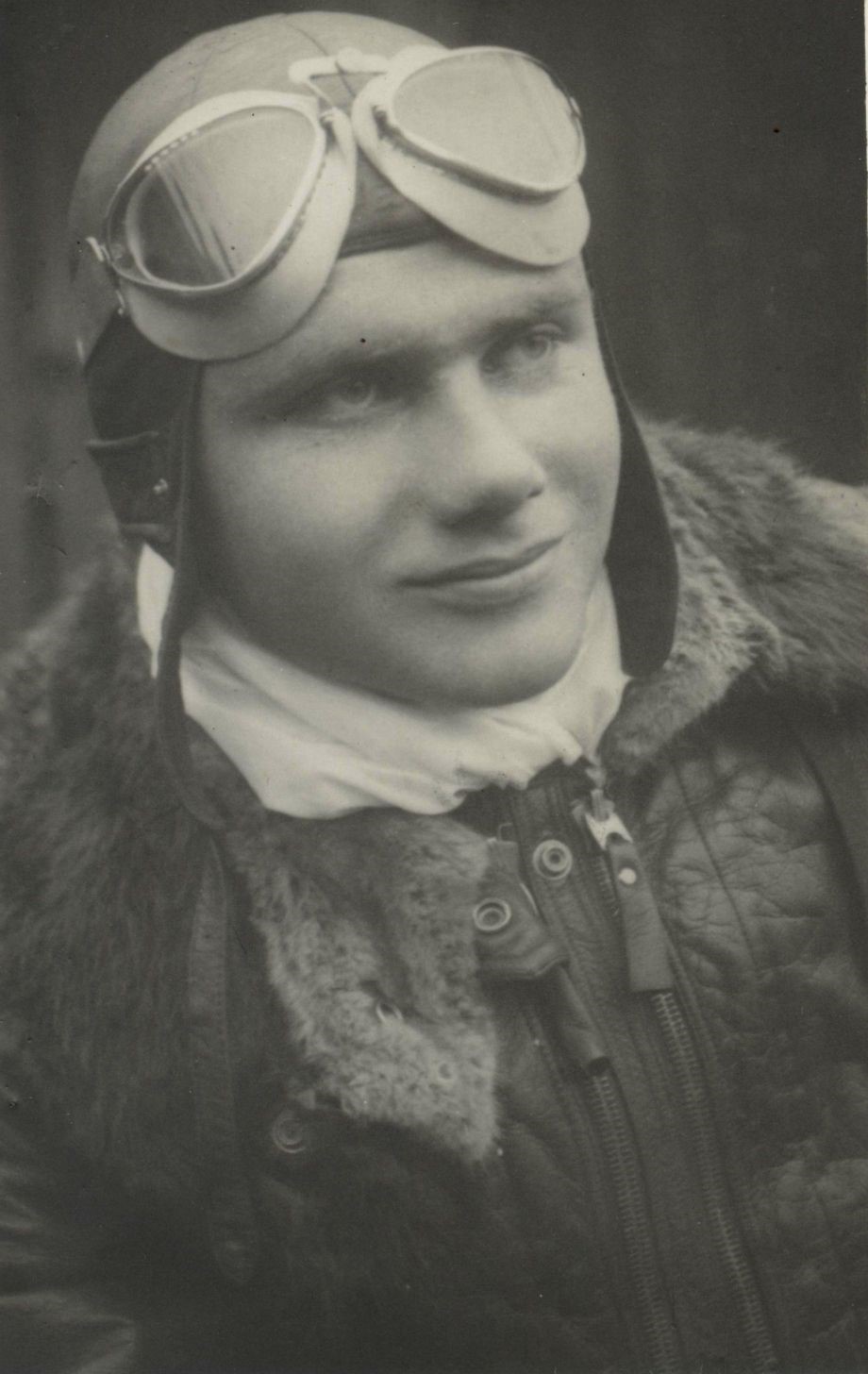 The story and photographs are shared by the Trust with kind permission from Jan Břečka, Head of the Historical Department of the Moravian Museum, Brno, Czech Republic and military researcher Jaroslav Čvančara.

On a recent visit to the British Normandy Memorial I looked for the name of a Czech RAF pilot, who died on the second day of the invasion. That pilot was F/Sgt Miroslav Moravec, a member of the 310th Czechoslovak fighter squadron of the Royal Air Force, who died on June 7, 1944 while taking off from Appledram Airport for a patrol flight over the invasion beaches in Normandy. 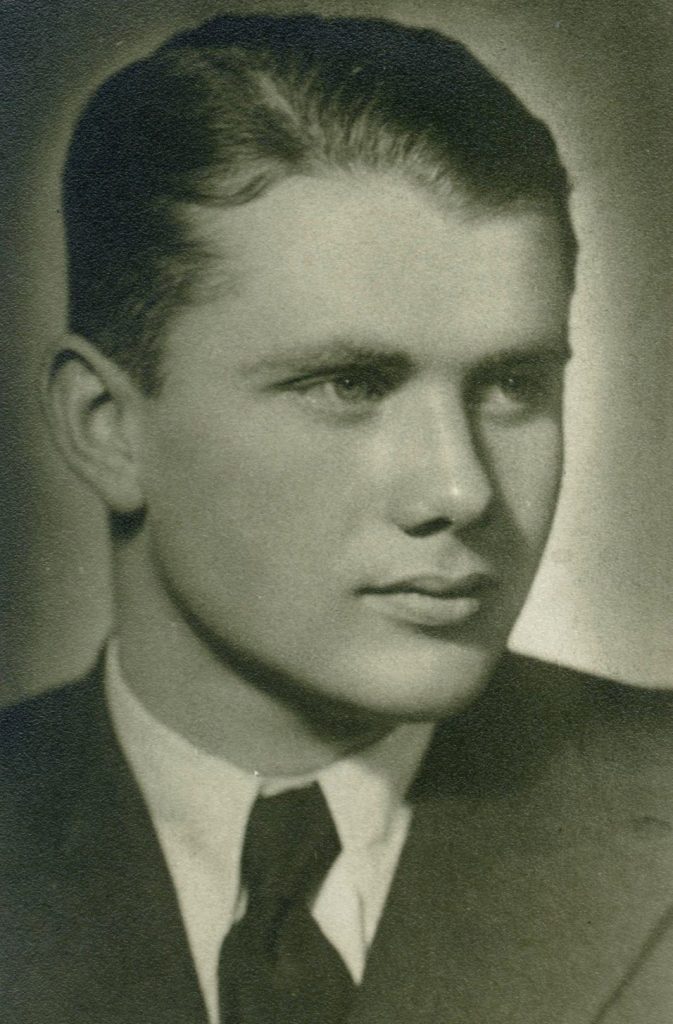 Miroslav Moravec was born on 13 September 1918, the eldest son of Alois Moravec and Marie Moravcova. They lived in Žižkov, Prague - Alois was the chief inspector of state railways and Marie volunteered as a nurse for the Czechoslovak Red Cross. Miroslav's younger brother, Vlastimil was born on 17 March 1921. 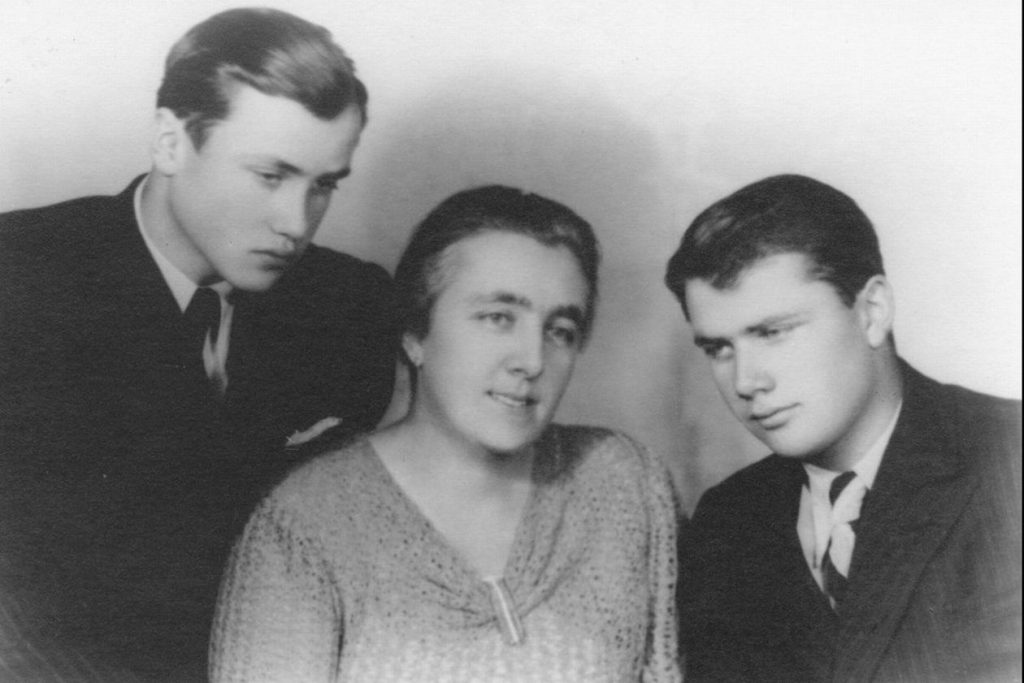 Marie Moravcova with her sons Vlastimil (left) and Miroslav

Miroslav worked as a car mechanic in aircraft workshops in Čakovice before the war. In December 1939 he illegally abandoned the Protectorate of Bohemia and Moravia and joined the Czechoslovak Foreign Army in France. After the evacuation to Great Britain in the summer of 1940, he joined the RAF and, after thorough training, became a fighter pilot of the 310th Czechoslovak fighter squadron in October 1943. 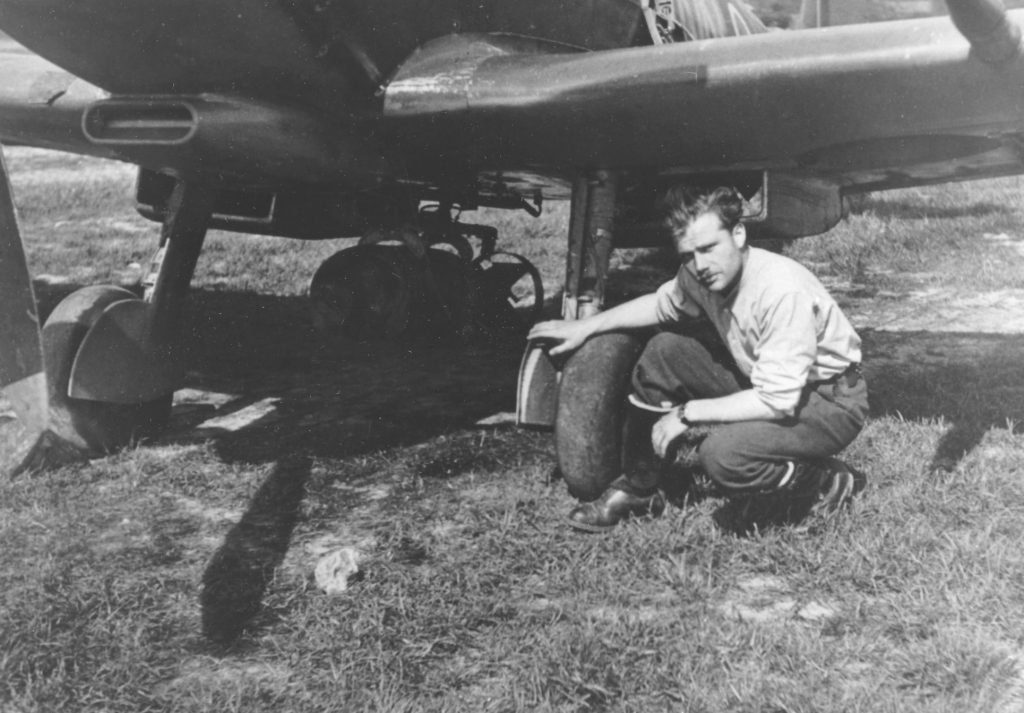 F/Sgt Miroslav Moravec with his Spitfire at Appledram airfield. The picture was taken in May 1944, just before the invasion, and it is possibly the last photograph of Miroslav before his death.

On 7 June, Miroslav went on what was supposed to be his 33rd combat action, but the failure of his Spitfire aircraft proved fatal. The circumstances of his death, were detailed by the Czech aviation historian Jiří Rajlich in his book "310th Fighter Squadron" in 1993:

"The second day of the invasion, June 7, 1944, began tragically for the 310th Squadron. At 7:20 a.m., shortly after take-off to the first patrol, he suddenly waved the wings of Spitfire MJ906 (NN-M), in whose cockpit F/Sgt Miroslav Moravec was sitting. This signalled that something was wrong with the machine and that he was turning back. He went to circle over the airfield, but could not to land immediately, as other Spitfires were just coming off the surface. However, during the second circle, Moravec's plane, which still had its carriage extended, suddenly lost speed, went down the wing and crashed in a field south-east of Appledram. The ambulance arrived at the scene of the accident immediately , but it was already too late - a broken neck and a shattered skull claimed the life of another Czechoslovak airman..."

Miroslav Moravec was buried in the Chichester Cemetery, Surrey.

With his death, the fate of the brave Czech family Moravec was finally fulfilled. His mother, father and younger brother were among the closest collaborators of the paratroopers Jan Kubiš and Josef Gabčík from the Anthropoid paragroup in Prague, who, on May 27, 1942, carried out the assassination of the Reich Protector Reinhard Heydrich. His death led to bloody reprisals for those involved.

Marie had joined the Czech resistance in March 1939 and, with the arrival of the two paratroopers in 1942, the apartment of the Moravcova family (address Biskupcova 7, Prague-Žižkov) became the most important contact point for resistance fighters, the main base of paratroopers. Marie Moravcová (known as "Aunt Moravcová") worked not only as a housekeeper, but also as a courier, supply cook and food supplier. Her husband and younger son Vlastimil were also involved in helping the paratroopers.

After the assassination, their involvement in the plot was revealed and on the night of June 17, 1942 the Gestapo raided their apartment. During the arrest by the Gestapo, Marie Moravcova poisoned herself with an ampoule of cyanide, which the paratroopers had previously given her at her request, so that she would not fall alive into the hands of the Nazis. Her husband, Alois Moravec and younger son, Vlastimil were executed in the Mauthausen concentration camp on October 24, 1942.

As the last member of the Moravec family, Miroslav, perished two years later during the Normandy invasion.

Honour to their memory!

Reinhard Heydrich was the chief of the SD (Security Service) and Nazi Governor of Bohemia and Moravia. He was one of the chief architects of the Holocaust. He was also responsible for the death of many Czech men, women and children in large-scale executions as the SS attempted to Germanize the Czech population, crush Czech resistance and deport Czech Jews to Poland.  Heydrich became known as the 'Butcher of Prague'.

The provisional head of the Czech government approached Colin Gubbins, Director of Special Operations Executive (SOE) about the possible assassination of Heydrich. Gubbins gave his support and two Czech agents were trained in Britain. In December 1941 they parachuted into Czech territory to plan for the attempt, known as Operation Anthropoid, and recruit a group to support them.

They carried out their attack on 27 May 1944 and, whilst Heydrich wasn't killed, he was badly wounded and died of septicaemia on 04 June 1942. Heydrich's death led to bloody reprisals and the death or deportation of thousands of Czechs and Jews. Heydrich was the only high-ranking Nazi leader that the Allies attempted to assassinate.