Ludvík Košek and the crew of Liberator BZ717

On 13 July, 1944, three aircraft of the 311 (Czech) Squadron, RAF participated in a routine anti-submarine patrol over the English Channel, but due to approaching bad weather, 19 Group, Coastal Command recalled them. The home base at RAF Predannack, Cornwall, was shrouded in fog so the planes were diverted to Exeter where the landing conditions were more favourable.

However, Liberator GR.Mk.V BZ 717 (L), flown by Ludvik Kosek, did not arrive at the new landing site. As a later investigation revealed, the aircraft was circling very low over the coast south of Plymouth (approximately between Start Point and Dartmouth) in thick fog and struck a hill at Marlborough, near Bold Head Airport, Devon, at 13:15 hours on approach. The plane caught fire after the impact and the entire crew of nine perished. 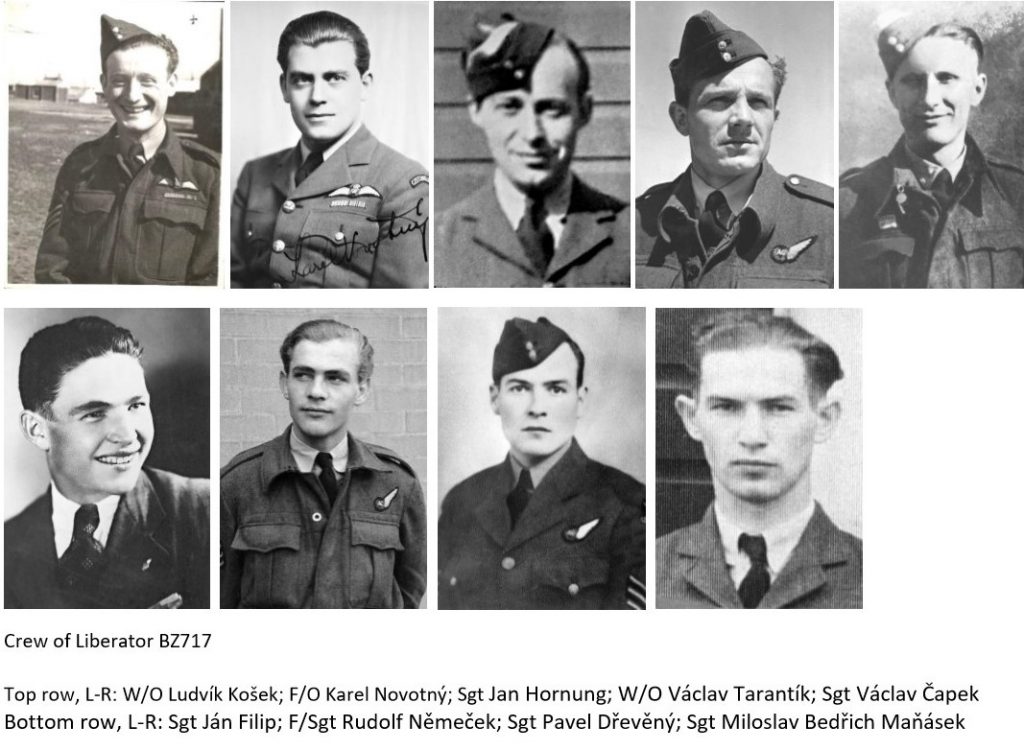 The funeral of the deceased airmen took place on 19 July, 1944. While Sgt M. B. Maňásek was buried at All Saints Cemetery in West Bromwich near Wolverhampton, the others were laid to rest at Weston Hill Cemetery in Plymouth.