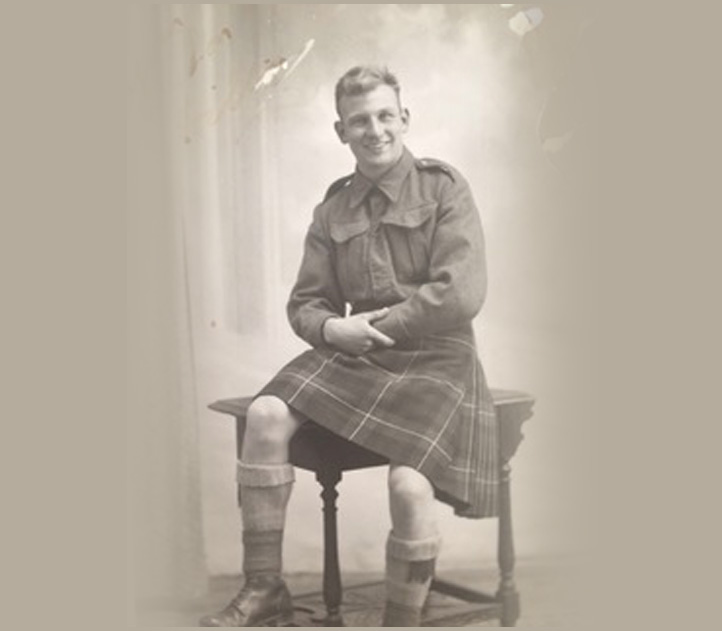 This photo is shared by the Trust with kind permission from Cass Davenport, niece of Hilton Hardman

In memory of Hilton Hardman who died fighting in Operation Goodwood at the bridge at Troarn, 19 July 1944.

Hilton died making an advance through the square at Troarn. He survived the taking of the bridge and was progressing through the town to liberate it when he died in the middle of the square at Troarn on a sunny July day.  He was being covered by two Bren guns manned by other Kings Own Scottish Borderers. Both of the usually very reliable Bren guns seized at the same time and he was cut down by enemy fire.

Operation Goodwood took place between 18-19 July 1944 with units of the British VIII Corps. The operation was planned to open up the country to the east of Caen which would then achieve a breakout from the bridgehead where Allied forces were being held up and capture Caen. Advances were made but they did not achieve the final objectives.