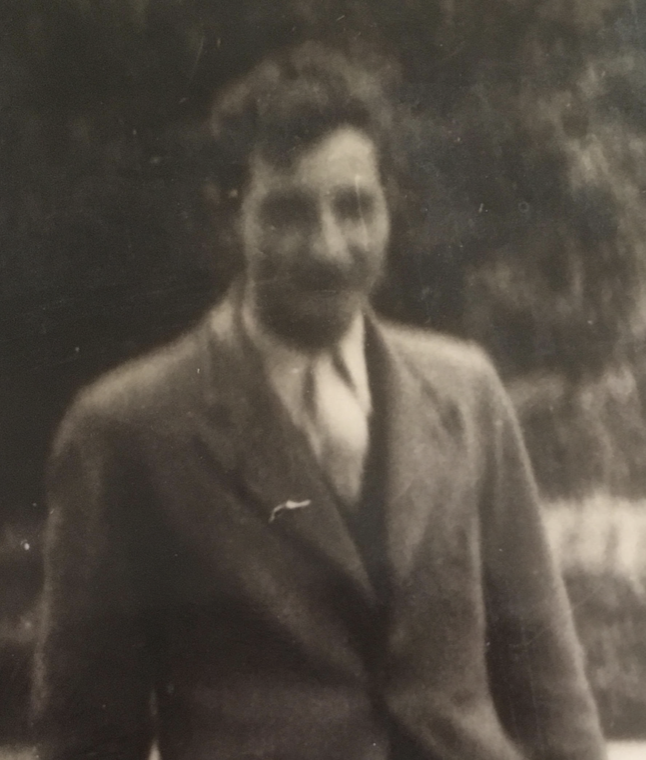 The information and photographs are shared by the Trust with kind permission from Geoffrey's great-nephew, Roger Bryan.

My Great Uncle served as a Corporal with the King's Shropshire Light Infantry (2nd Battalion) and died aged 23 on D-Day. My father remembered his father (Geoffrey's brother) coming home with the news of Geoffrey's death in Normandy. My father says that such was the grief, his Great Uncle was never talked about again in the family from that day forward.

2nd Battalion, King's Shropshire Light Infantry (2nd KSLI) landed on Sword Beach at mid-morning on D-Day. The beaches had been captured by the initial assault forces, so 2nd KSLI were tasked with advancing inland to reach the city of Caen. They were to work with the tanks of the Staffordshire Yeomanry, which were initially delayed by congestion on Sword Beach.

By the end of D-Day 2nd KSLI had made a substantial advance inland against considerable German opposition, though Caen was still in German hands. Amongst other fighting, 2nd KSLI and the Staffordshire Yeomanry had driven off a counter-attack by tanks of 21st Panzer Division. 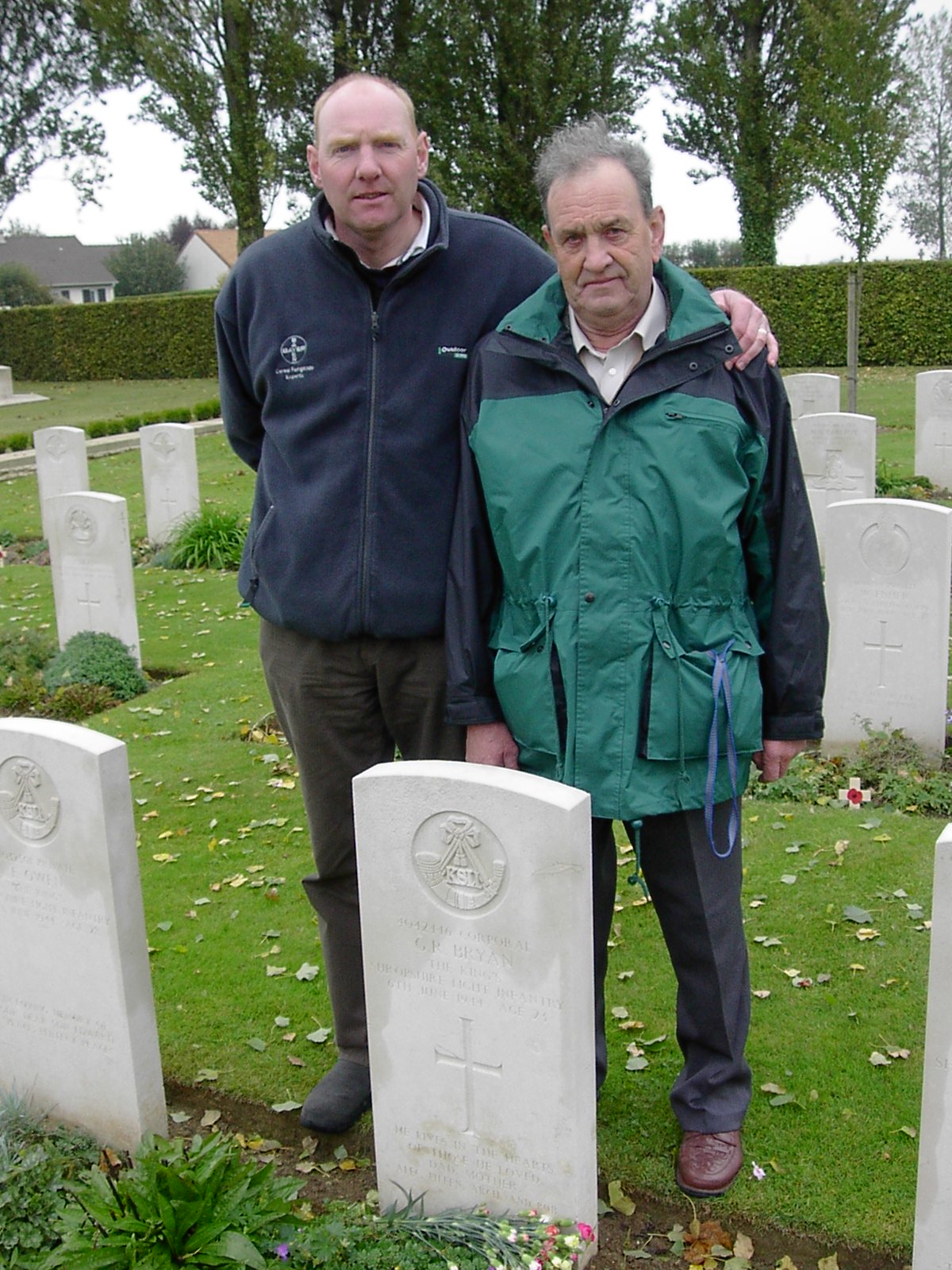 The letters below were written to his sister Eileen & husband Arch and his brother Dick, his wife Mary (my grandparents) and their sons Richard (my father), Tony and Stuart. These were the last letters he sent before his death. He used 'Roger' as his first name. 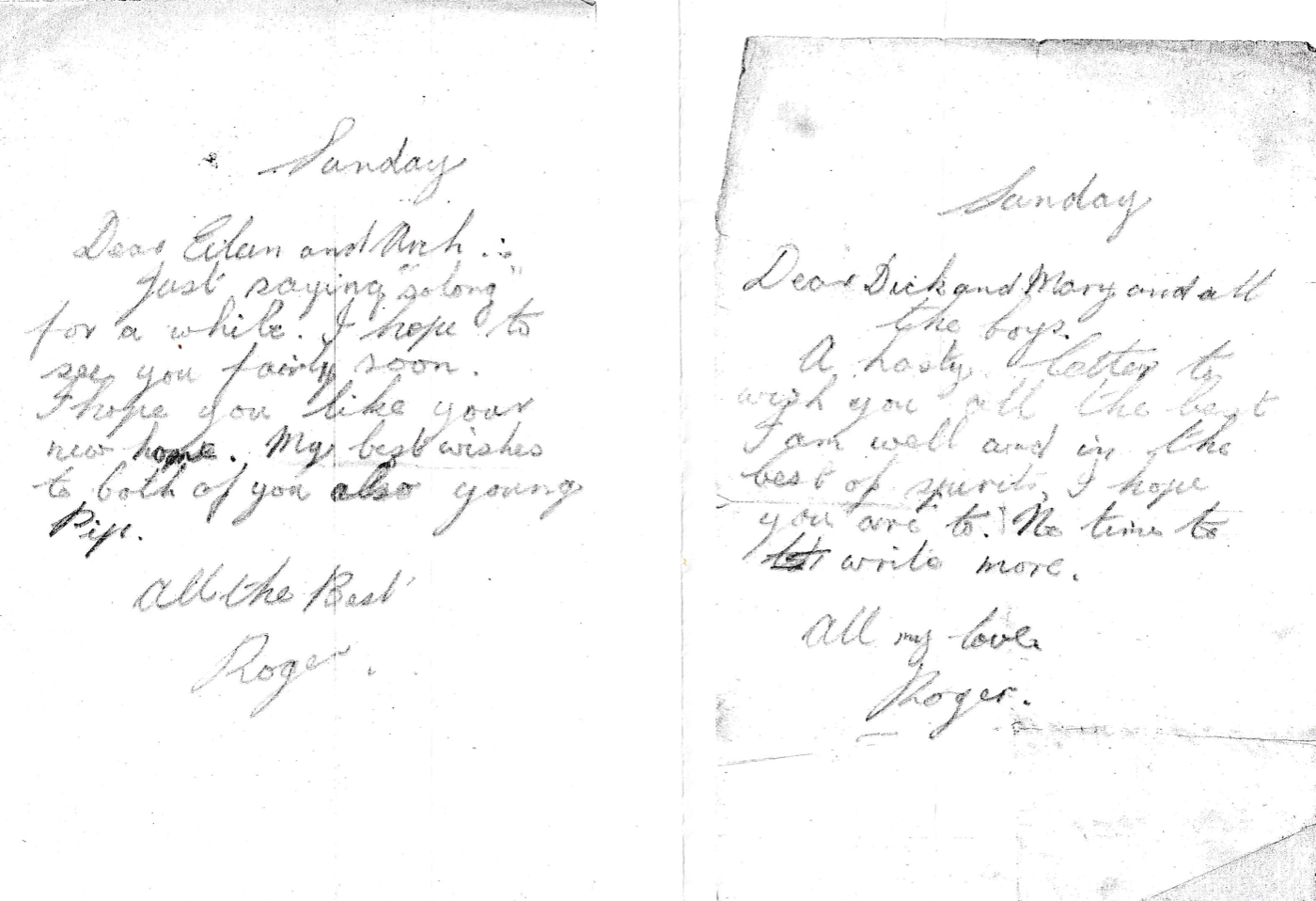 They read as follows:

Just saying "so long" for a while. I hope to see you fairly soon.

Hope you like your new home. My best wishes to both of you also young Pip.

"Dear Dick and Mary and all the boys,

A hasty letter to wish you all the best.

I am well and in the best of spirits, I hope you are too. No time to write more.