František Naxera and the crew of Liberator BZ754

On June 29, 1944, six Liberator aircraft from 311 (Czech) Squadron took off from RAF Predannack, Cornwall for an anti-submarine patrol over the English Channel as part of Operation Cork.

One of them was the Liberator Mk.V BZ754 (J) under the command of the experienced pilot F/O František Naxera (pictured above), who took off at 13:45 p.m. He climbed to a height of 20-25 metres, but subsequently lost speed in a left turn and at 13:50 hours crashed and exploded in woodland near Roskilly Farm in St. Keverne in Cornwall.

The entire crew perished except the radar operator Sgt František Bebenek, who was thrown out after the impact and landed in the treetops near the wreckage of the bomber. He suffered severe injuries but survived. 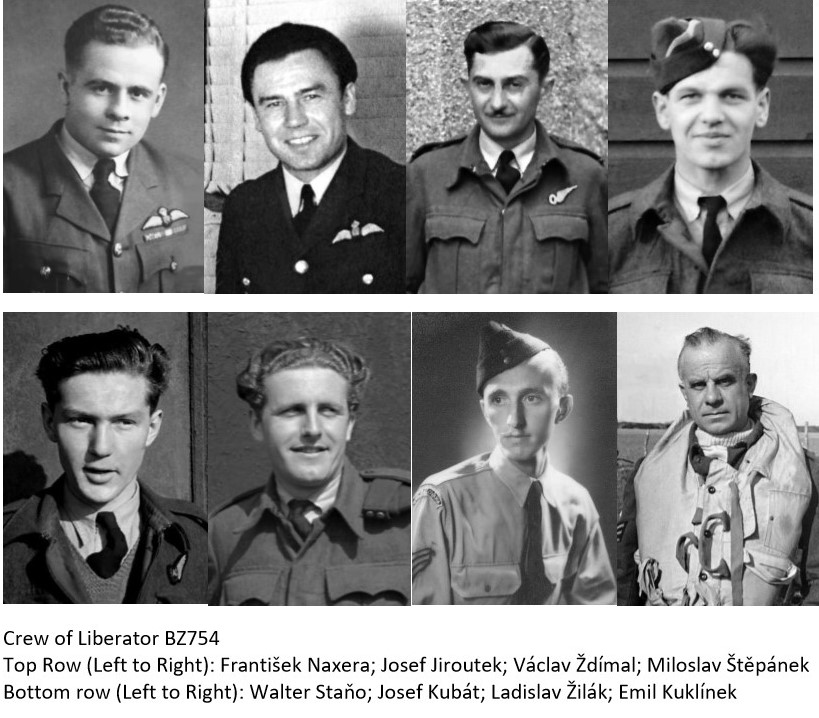 The cause of the crash of Naxera's Liberator was never clarified, apparently it was an unspecified technical problem.

The airmen were buried in Helston cemetery, with the exception of F/O Václav Ždímal, who was buried at Stratford-on-Avon, and F/O František Naxera, who was laid to rest in Holywell Cemetery, Flintshire where his English wife, Theresa, lived.

Operation Cork was an anti-shipping operation carried out by Coastal Command in order to protect assault convoys involved in Overlord. Its purpose was to detect and destroy German U-boats at the eastern end of the English Channel.