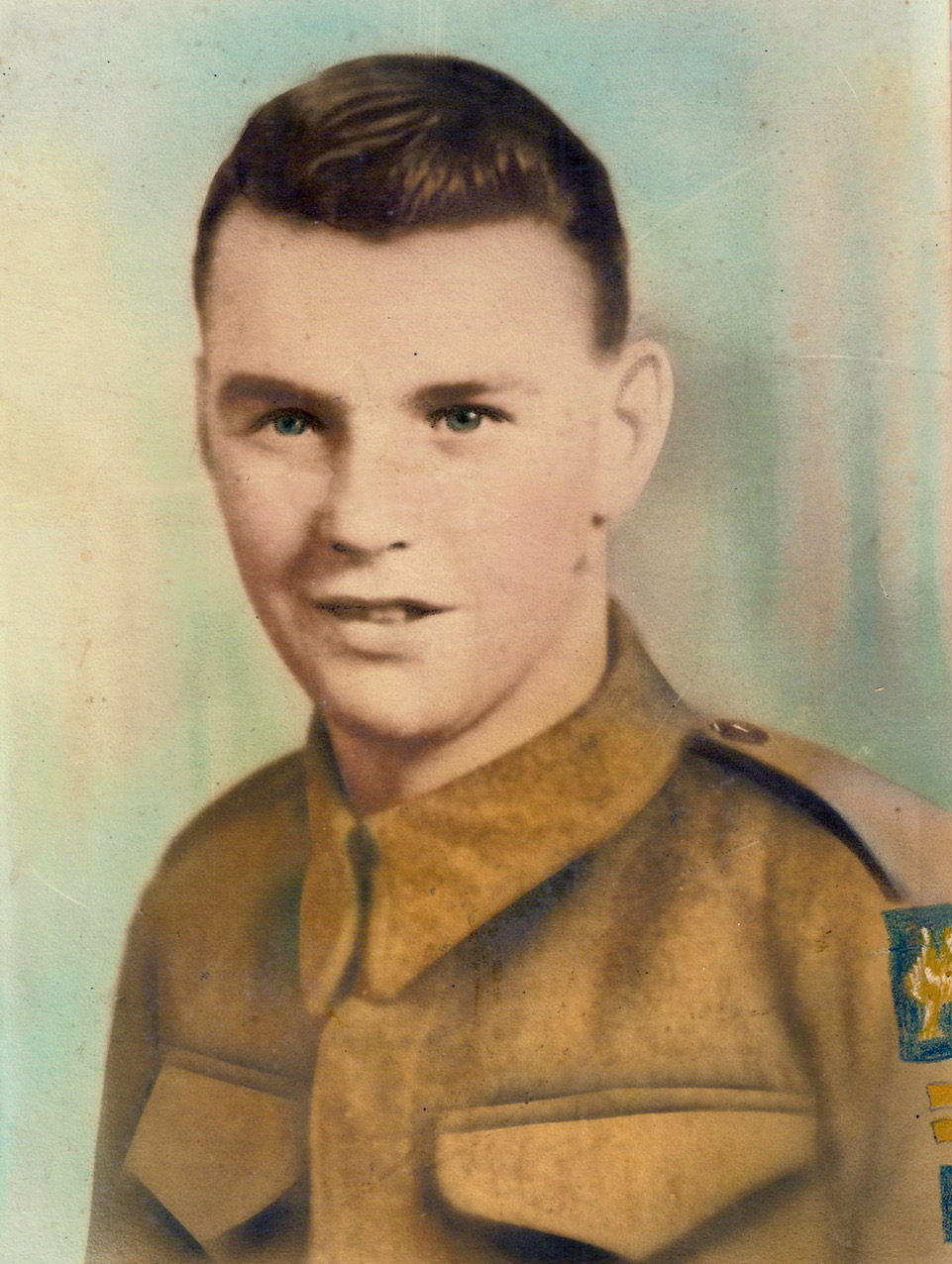 This story and photos are shared by the Trust with kind permission from Richard Firmin, nephew of Frank Wiltshire

My late uncle was killed on 22 July 1944 near Bayeux and is buried in the Bayeux War Cemetery. 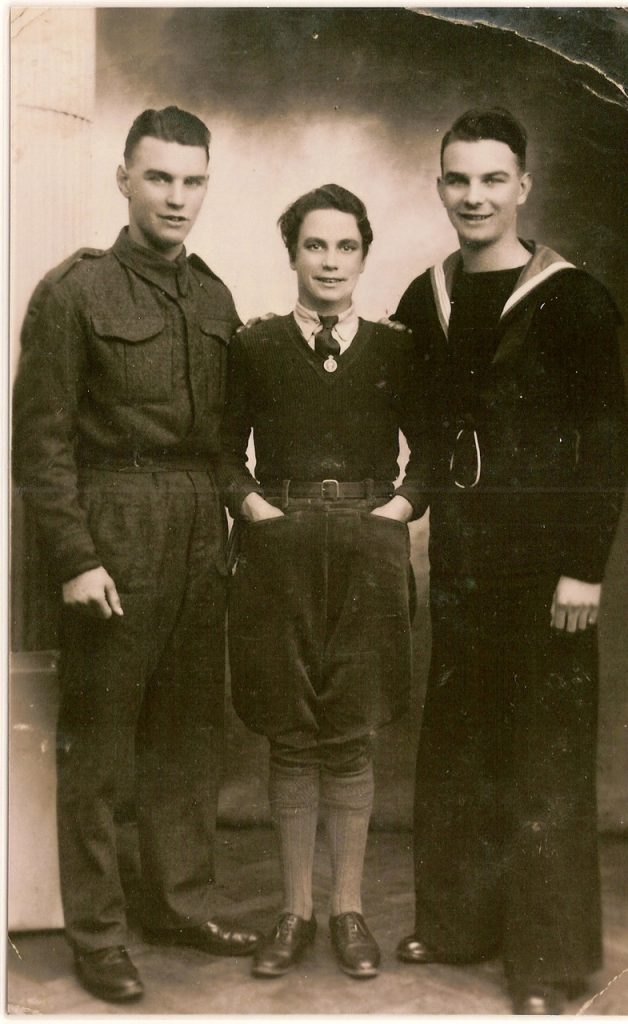 He is seen here, on the left, with his twin sister Kath and older brother Bob, in the last picture taken before they deployed. We think the photo was take in 1942, just before Frank joined his regiment, Bob joined HMS Duke of York and Kath began her service with the Land Army in Wiltshire.

My wife, Amanda Firmin, wrote a poem for him in his memory.

Frank was like no other, he was waiting in the sun
Waiting for his sergeant to say, the fighting had begun.

He sat there in total silence, with all the other men
Waiting for that order, not knowing where, or even when

It seemed like it was forever, not a person said a word
To show that you were scared, for a man, was really quite absurd.

You had to be quite brave, fight an enemy that was unknown
It was rather someone else’s life, if not; you’d lose your own.

They were all writing letters, to their loved one’s while they could
Not knowing when they’d next get the chance, or if they ever would.

I could not even imagine, what the atmosphere was like
Just sitting there and waiting, knowing, that soon you’d have to fight

Then their orders came, the silence it was gone
We’re landing on the beaches, sergeant said, so let’s move on.

Now on that fateful day, the landings, they survived
The sounding of the guns, they knew, the battle had arrived

They fought with such great honour, while the battle, raged all around
Bullets flying everywhere, soldiers, lay dying on the ground.

Frank I’m afraid, was one of these, while in a field of green
Frank was 23 years young, and his enemy, was unseen.

We love you Frank, and thank you, you’re a hero in our eyes
And often we will think of you, when we look up to the skies.