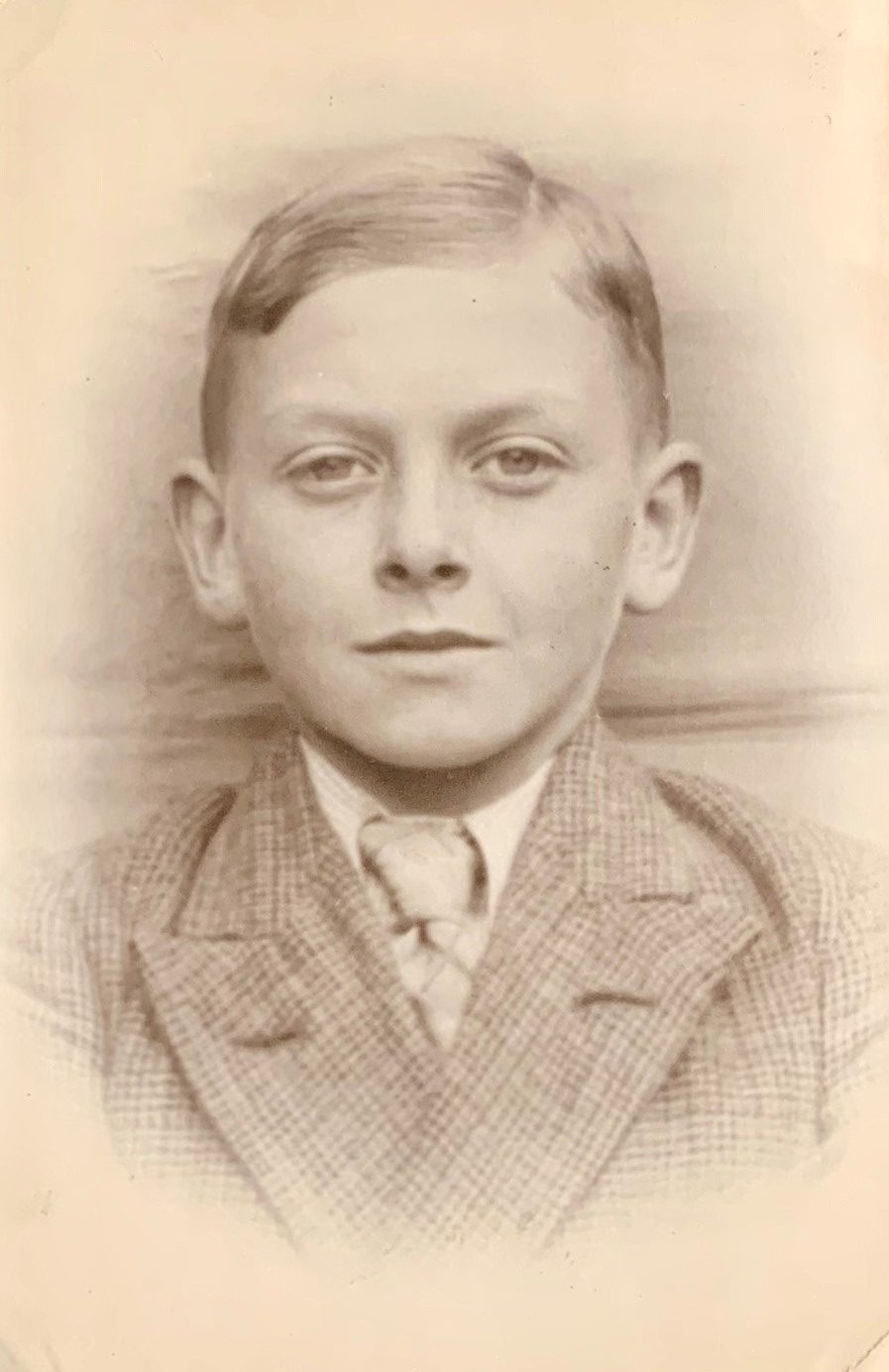 This story and photos are shared by the Trust with kind permission from Rowena Saw, niece of Owen Brogan

Francis Owen Brogan was born on 30 August 1925. His first name was given in memory of his father’s younger brother, who had been killed in the First World War, six weeks before the armistice. But to the family he was always Owen.

After leaving school he worked for a firm of boot and shoe manufacturers in the Derbyshire village of Melbourne, where he lived with his parents. He was keen to “do his bit” and joined the Royal Air Force Volunteer Reserve in November 1942, aged 17, before being transferred to the Home Guard.

In July 1943 he signed up with army. Still being only 17, he was too young for the regular army, and was originally assigned to the Territorials. The different elements of his regular army training were completed between September and December 1943, and he was rated a first class shot, both with the rifle and light machine gun. 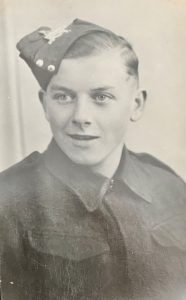 This photo of him in his regular army uniform dates from 13 December 1943 when, now aged 18, he was enjoying a week’s post-training leave. He was initially assigned to the Lincolnshire Regiment and his jauntily angled cap bears their sphinx badge.

But at some point before D-Day Owen was transferred to A Company of the 1st Battalion, Royal Norfolk Regiment. His last letter to his parents speaks of good weather, of going to dances and getting back from them very late. He closes with “cheerio till next time, lots of love and God Bless, your ever loving son, Owen”.

Owen landed with the rest of his regiment on Sword Beach on D-Day. But he was wounded by gunfire, whether on the beaches or beyond it is impossible to know. He died of his wounds the following day. Sadly, his parents were misinformed and told that he had been admitted to a hospital in the United Kingdom. Numerous attempts to find out where he was being treated inevitably failed. 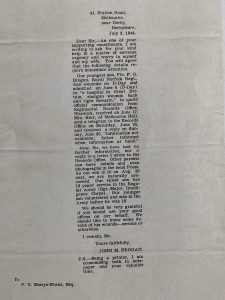 So it was only in July, after an appeal by Owen’s father in the above letter sent to the local MP, that his parents finally learnt of his death. 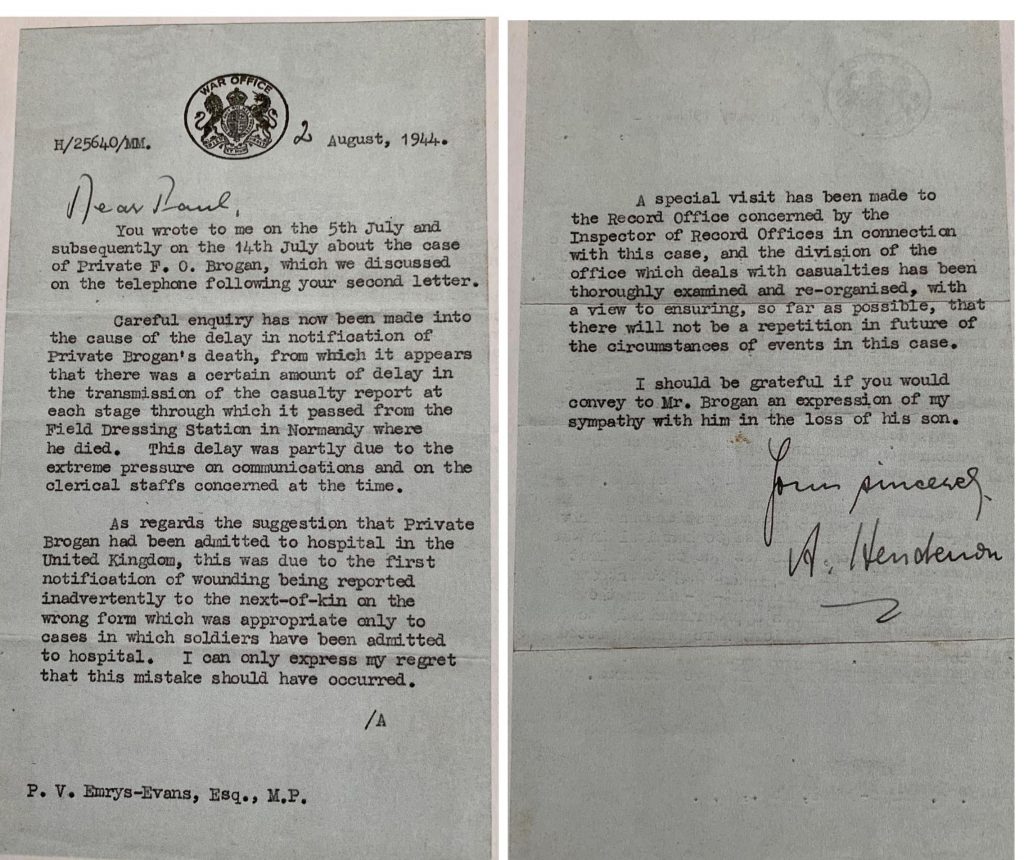 His death was reported in the local press and the family and friends posted in memoriam notices in the roll of honour. 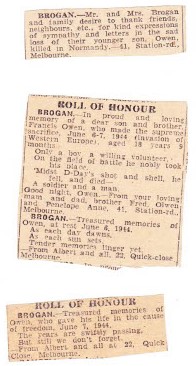 He was buried in the Hermanville War Cemetery, and the family were sent a photo of his grave which shows the original grave marker. 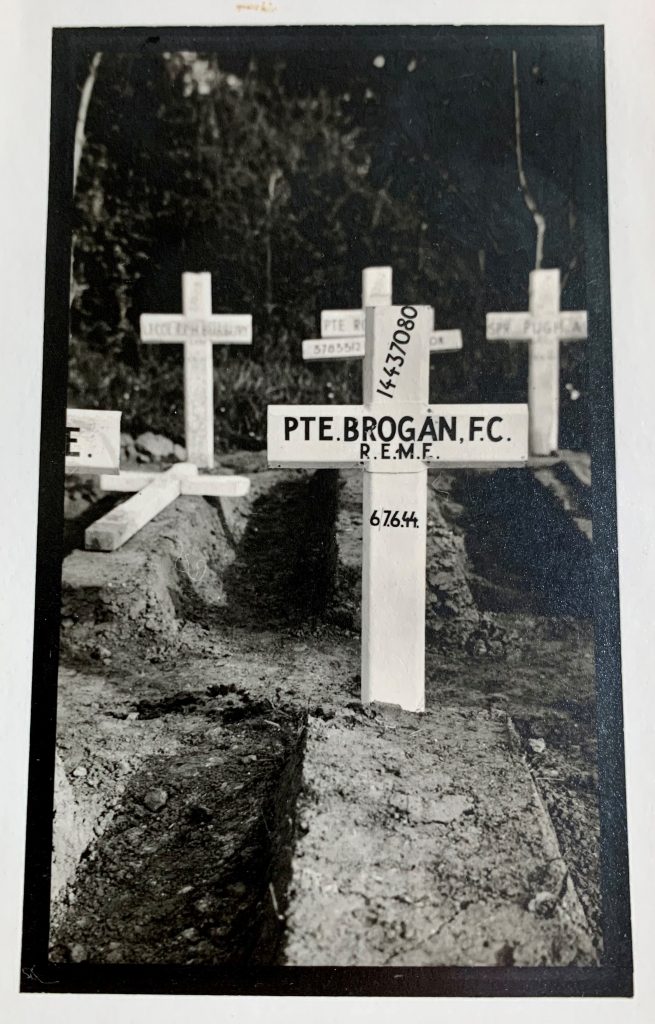 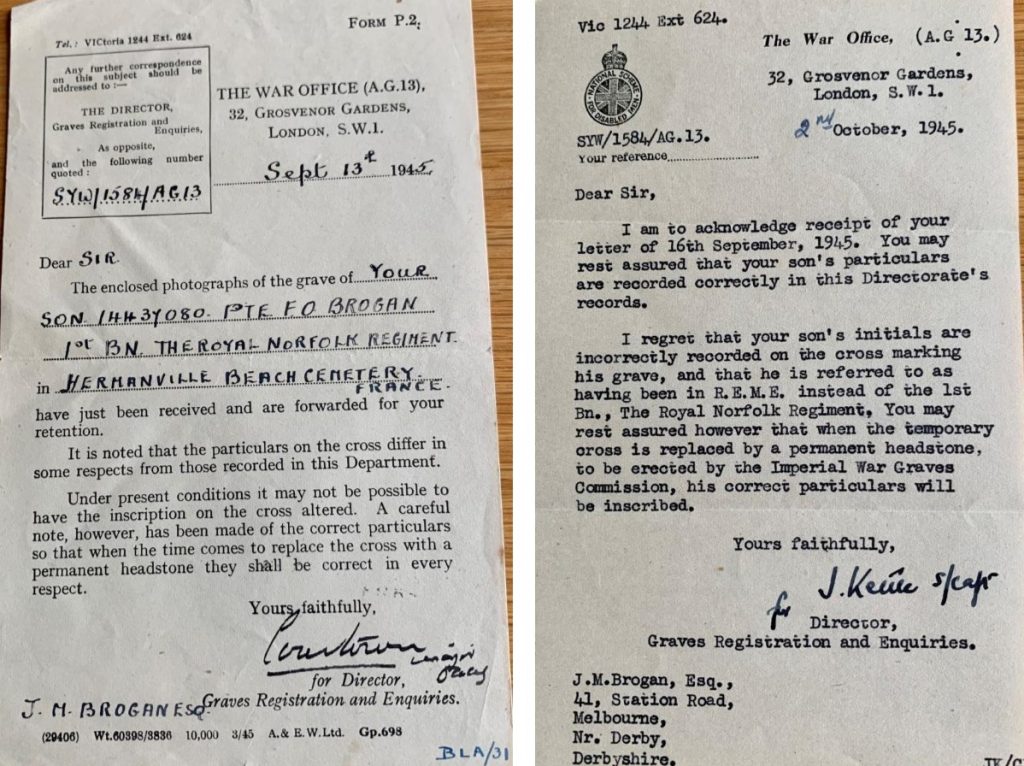 “They shall grow not old, as we that are left grow old:
Age shall not weary them, nor the years condemn.
At the going down of the sun and in the morning
We will remember them.”