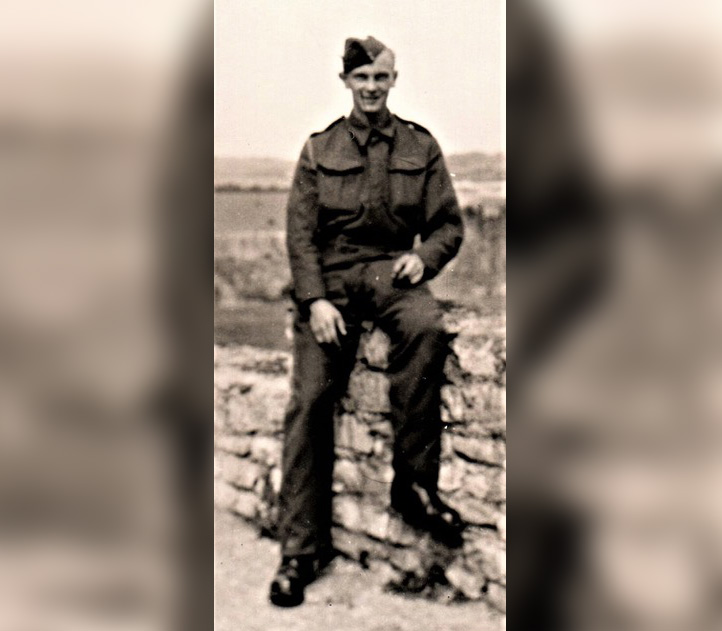 This story and photo is shared by the Trust with kind permission from Denis' brother, Leon Hughes

After leaving school at 14 years he worked at Montague Burton Clothiers in Leeds as a tailors cutter. He cycled to work every day, a 16 mile round trip, on a fixed wheel bicycle.

In 1939 he volunteered to join the Royal Marines. Being a clothier, the dress uniform appealed!

He trained as a Commando at Exmouth, Devon and at Achnacarry Castle grounds, Scotland which was a 6 week gruelling course. 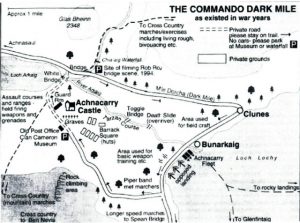 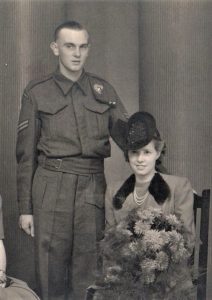 Prior to D-Day he was involved in action in Sierra Leone & then the Lofoten Islands, Norway on a Commando raid to destroy fish factories which Germany used to make glycerine for munitions.

He landed on Gold Beach on D-Day but five of the Landing Craft Assault his unit were being transport in were mined with 76 casualties out of 420. It is thought that he was one of them. He was initially buried in Asnelle but then reinterred in Bayeux War Cemetery.

Their baby, Denise, was born 16th December 1944 but since Denis was Killed-in-Action on D-Day they never knew each other. Denise now has four grandchildren from her two daughters Karen and Helen.

His grave was adopted by a French couple and carefully tended.