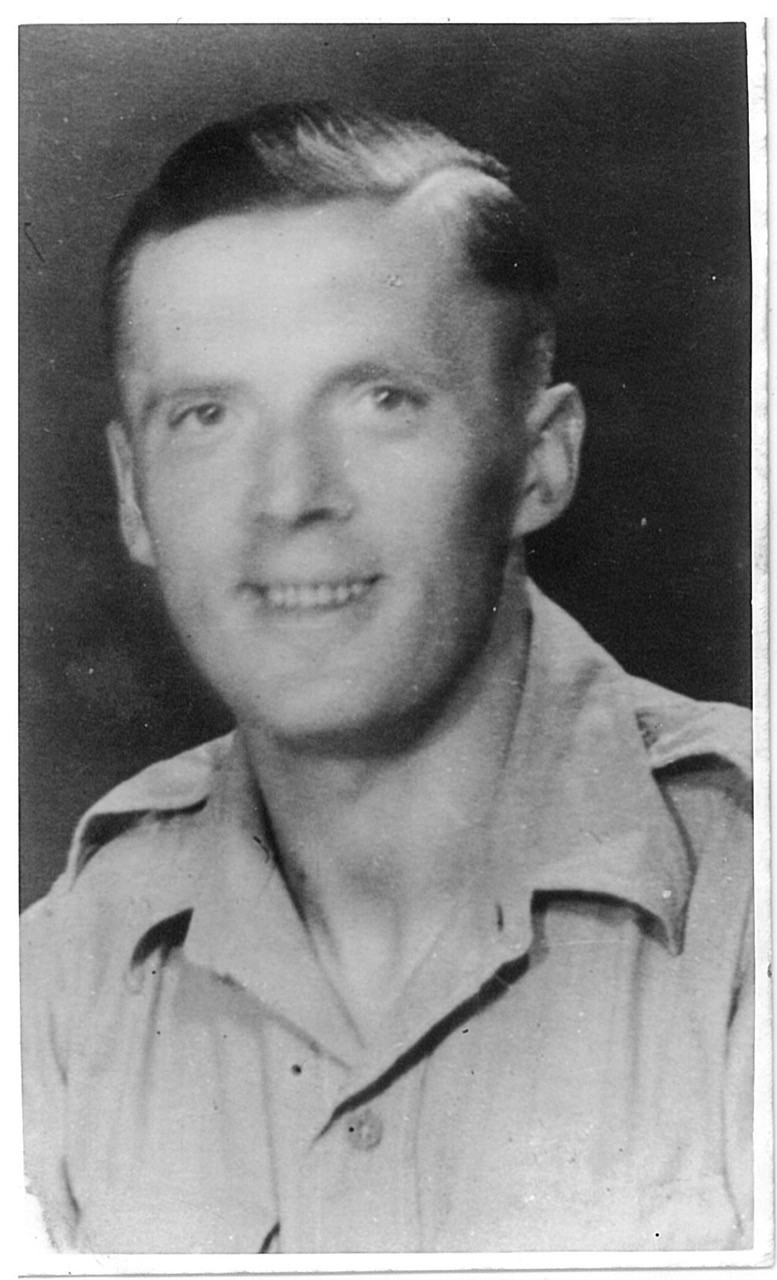 Arthur Bellot was engaged to my late mother in February 1944 and was tragically killed on 6th June.

Arthur was a Jersey man who managed to leave the island before the Germans invaded and immediately enlisted, joining the Duke of Cornwall’s Light Infantry and also seeing active service with the Hampshire Regiment. Sadly, he lost his life on D-Day, fighting alongside his comrades of the 6th Battalion, Green Howards.

When writing to my mother, his commanding officer said that he had been a very brave soldier, had been killed by a mortar, had not suffered and had been buried on the side of the road near a village, where the villagers put fresh flowers on his grave every day. When the war was over, he would be buried in a military cemetery.

Mum was duly sent the following photo of his temporary grave marker by the War Graves Commission. 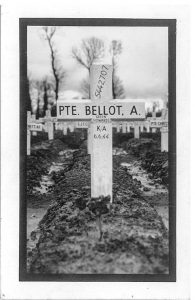 And I am also including his picture (shown above), that she kept in a special box, until the day that she died.

It was seven years before she found love again with my Dad, but she never forgot him and the sacrifice that he and so many other young men made, for the freedom that we enjoy today.

The Graves Concentration Report held by the Commonwealth War Graves Commission reveal that Arthur Bellot was killed as the Green Howards were advancing through Villers-le-Sec. He was buried, alongside 6 other men, on the roadside in the centre of Villers-le-Sec.