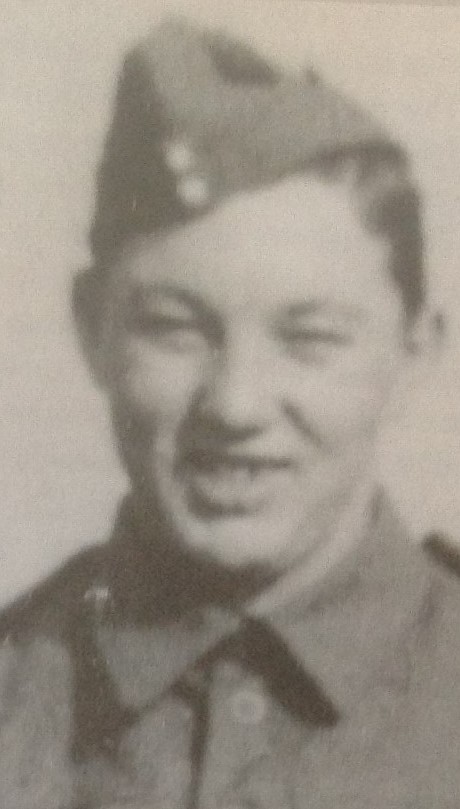 The story and photographs are shared by the Trust with kind permission from Sue Goodway, and permission from Norman Carr, author, and Ivor Gurney, co-author, of  'Lest We Forget The Fallen of Waddesdon, Westcott, Upper Winchendon and Woodham in the Two World Wars'

Around 38 years ago my husband came across an inscription on an old grave in the village churchyard, Waddesdon. On it was mentioned "Cyril Rolfe Biswell, Killed in action in Normandy 1944 Aged 19 Years". We did not know the family but knowing that there was a local book, well researched, relating to those who lost their lives in the 1st/2nd World Wars I felt his story should be passed on for future reference. 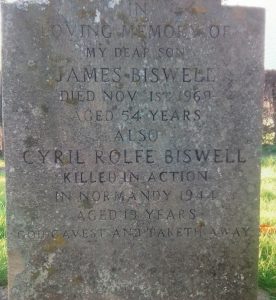 Alfred Cyril Rolfe was known in the village as Cyril Rolfe-Biswell as Rolfe was his Father's surname and Biswell was his Mother's maiden name. He was born in 1925, the son of Elizabeth (née Biswell) and Alfred Rolfe. For much of his life he lived with his maternal grandparents, Mr and Mrs Alfred Biswell in Waddesdon. He attended Waddesdon Church of England school and after leaving school he obtained employment at Waddesdon Manor Gardens. In 1938 he is listed in the Head Gardener's wages list. He was a former member of the Air Training Corps and a keen amateur footballer.

Cyril turned 18 in 1942 and in February he left his employment at Waddesdon Gardens having been called up. He was posted to the 9th Battalion, Durham Light Infantry (DLI), 151st Infantry Brigade, 50th (Northumbrian) Division. In 1944 the Battalion moved from camp to camp in southern England as it trained in preparation for Operation Overlord. Their final move was to Nightingale Wood near Romsey, Hampshire, 10 miles from Southampton. It was here that General Eisenhower addressed the Division on 13th May. It soon became clear the invasion was imminent when the all the camps in the area were sealed off from non-military contact on 26th May.

On 3rd June 1944 the 9th Battalion embarked on a number of Landing Craft Infantry (LCI) and Landing Craft Tank (LCT) in Southampton and then sailed to their allotted positions with the invasion fleet gathering off the south coast. Adverse weather conditions meant the landings were postponed by a day but at 2000 of the 5th June the LCIs moved down the Solent to begin their overnight journey.

9th Battalion landed on Gold Beach, King Sector at around 10:20 on 6th June 1944 and proceeded to their rendezvous point just north-east of Meuvaines. They remained there until 16:05 before advancing to their first objective: Sommervieu. But they met stiff resistance and as daylight faded they dug in nearby at Cauge Ferme, south east of Sommervieu.

In the following week they advanced past Bayeux and on the 14th June 1944, the 151st Brigade fought in Operation Perch, launched to the west of Caen as part of plans to outflank the city.

Whilst the 6th Battalion, DLI advanced to Lingèvres, the 9th Battalion, DLI advance to Verrières. They began their assault at 10:15, supported by the Shermans of 4/7 Dragoon Guards, but encountered stiff resistance from a German unit that was dug into the wood near the village. The German Panzers and small arms fire killed a number of men in the initial assault. The Germans then launched a number of counter attacks but the battalion eventually cleared the Germans from the wood and took the village where they joined up with the 6th Battalion, DLI. The 9th Battalion suffered a significant number of casualties, amongst them was Alfred Rolfe. He was originally buried on the outskirts of Verrières before being reinterred in Bayeux War Cemetery on the 4th July 1945.

Alfred is commemorated on two memorials in Waddesdon, the memorial cross and the Second World War plaque in St Michael and all Angels Church. 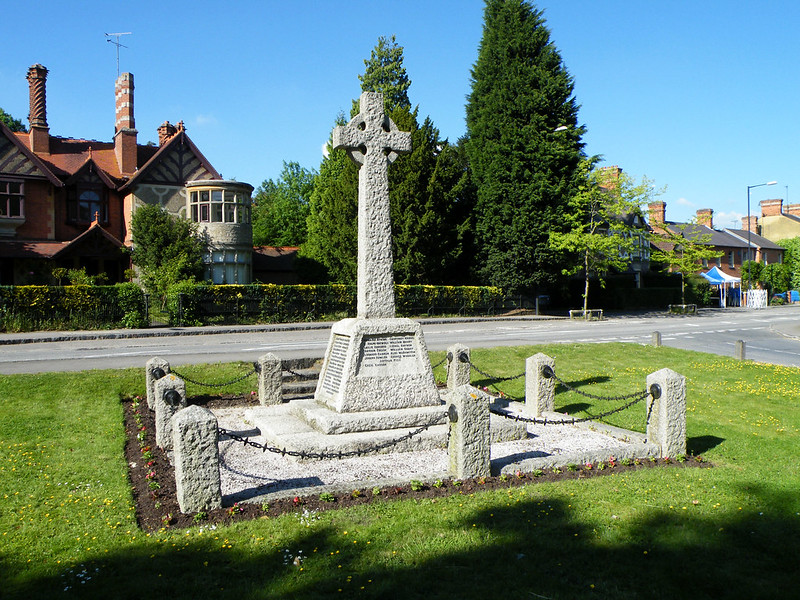 Alfred Rolfe's age is recorded as 21 by the Commonwealth Wars Graves Commission but the inscription on the family gravestone states his age was 19. The information on the family gravestone looks like it is correct as an Alfred C. R Biswell is recorded in the England & Wales Births 1837-2006 as having been born in the period January-March 1925. But further research needs to be done to confirm this.

The fighting around Verrières on the 14th June was the most costly day of the Normandy campaign for the 9th Battalion, Durham Light Infantry as 33 men of the Battalion were killed.