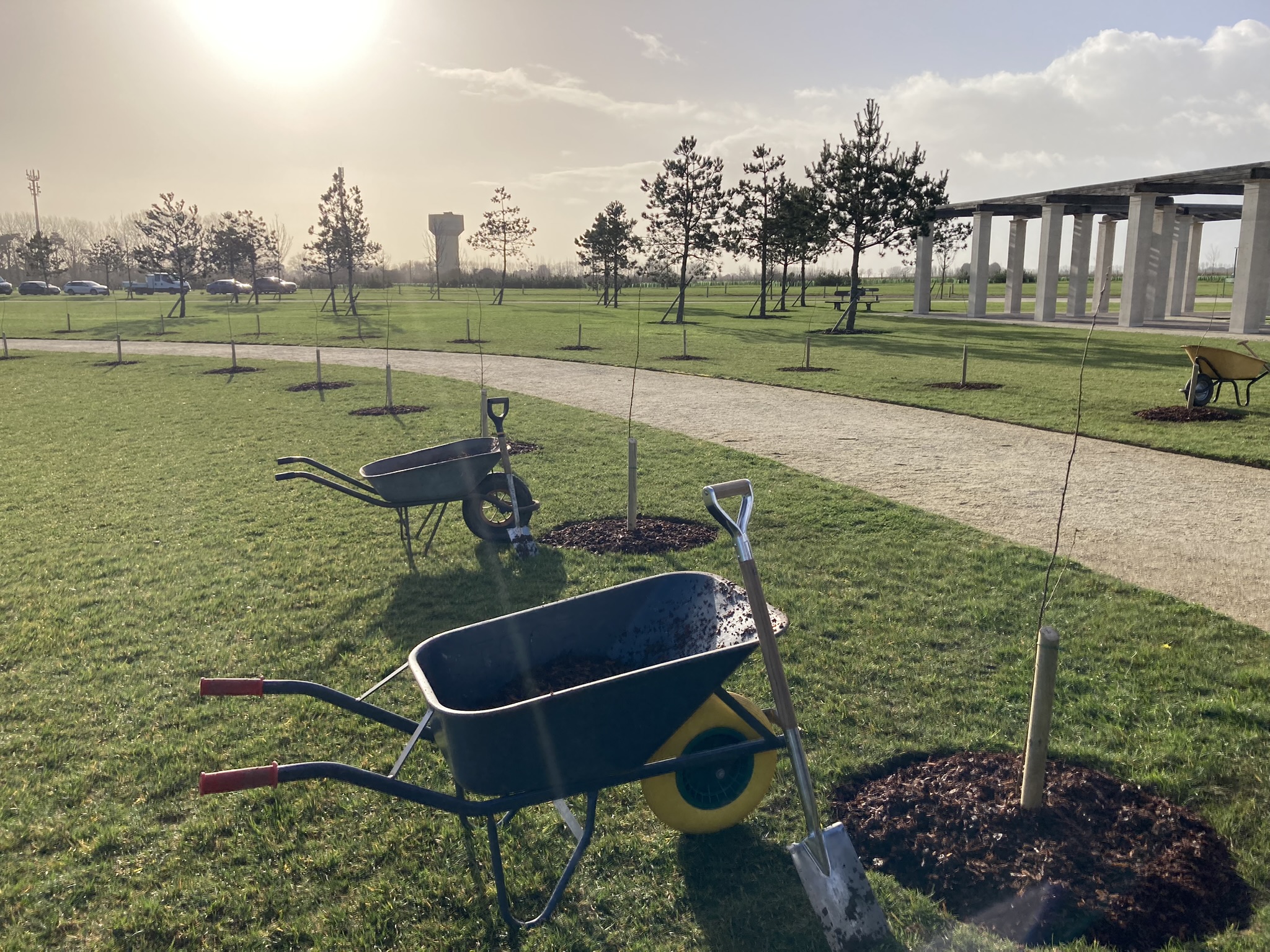 The  Queen Elizabeth II Avenue, a gift from the French President, stands in memory of our late Queen. 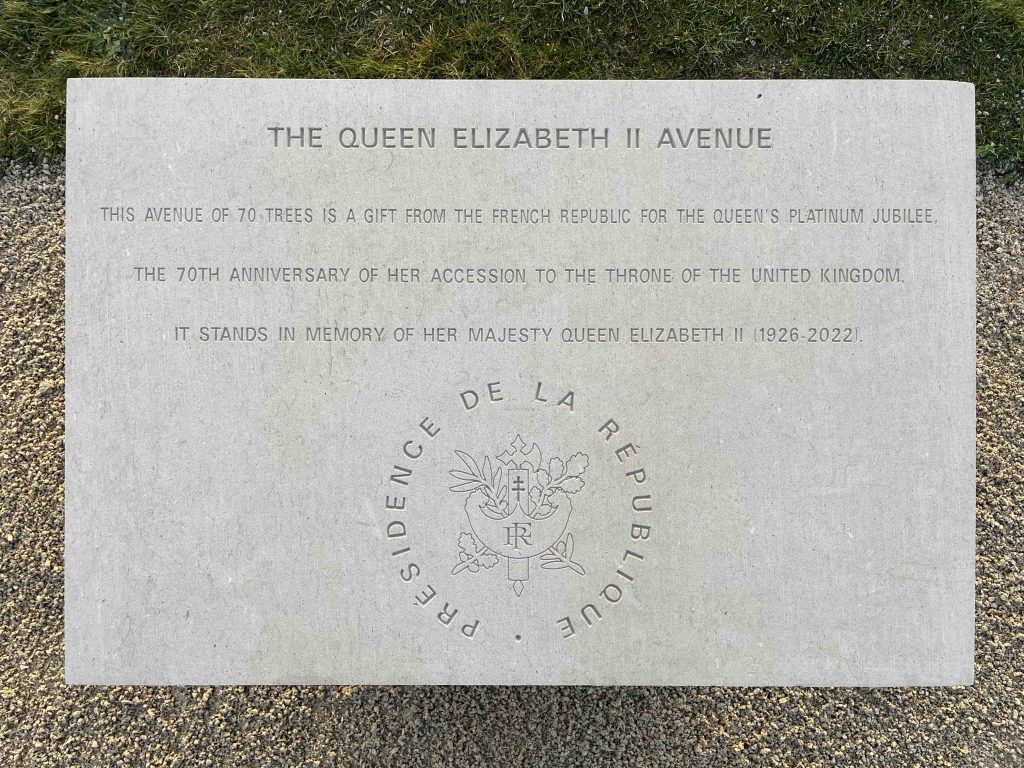 The planting of 70 trees, a gift offered by President Macron for the Queen’s Platinum Jubilee last June, took place on Wednesday 11 January at the site of the British Normandy Memorial. 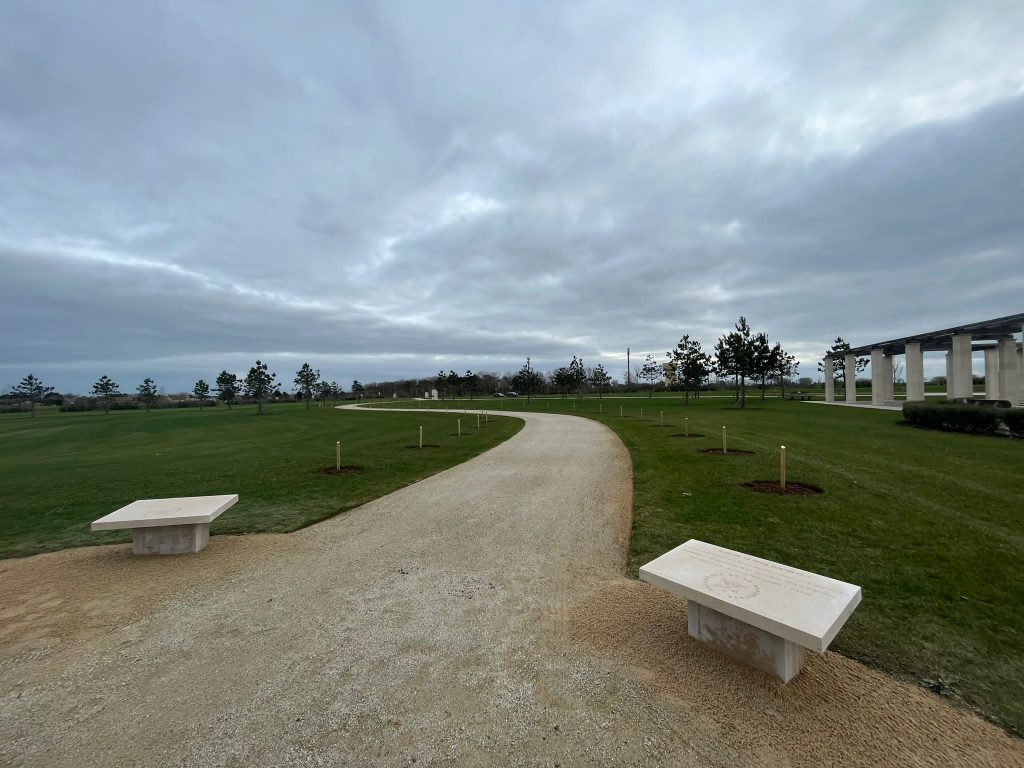 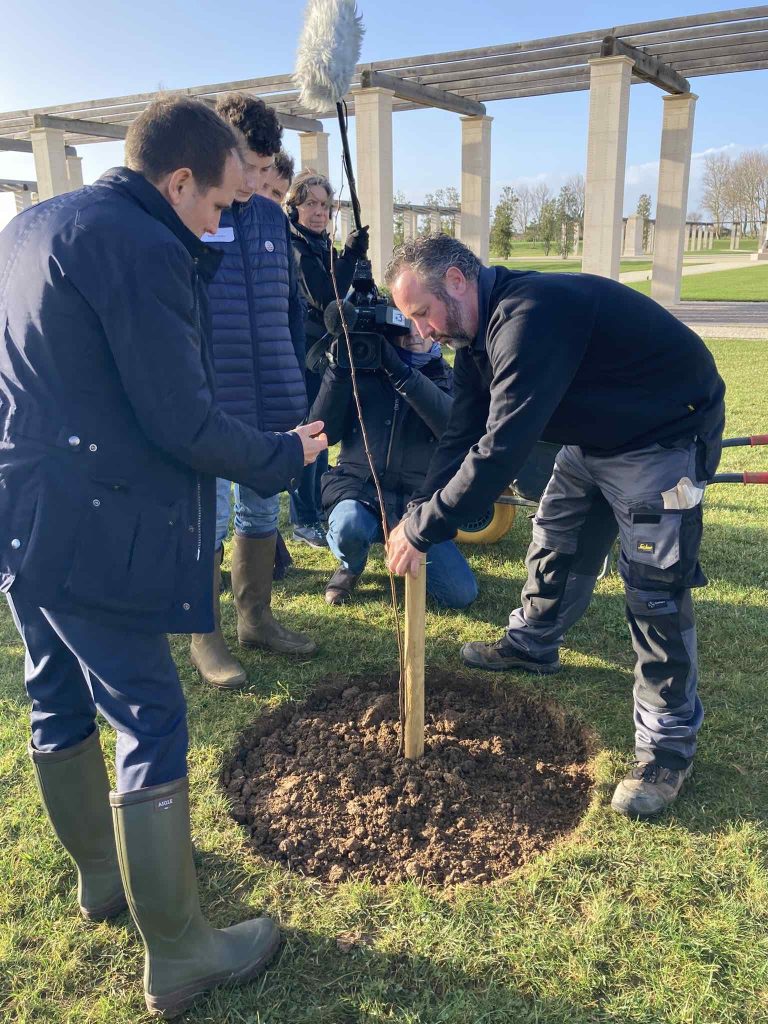 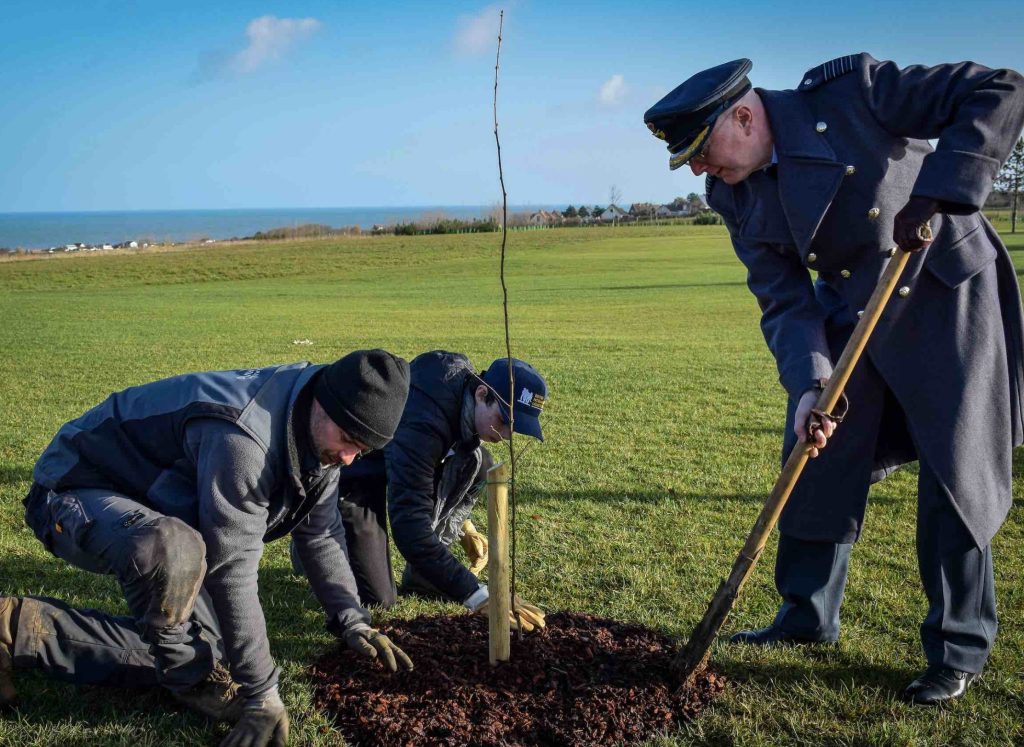 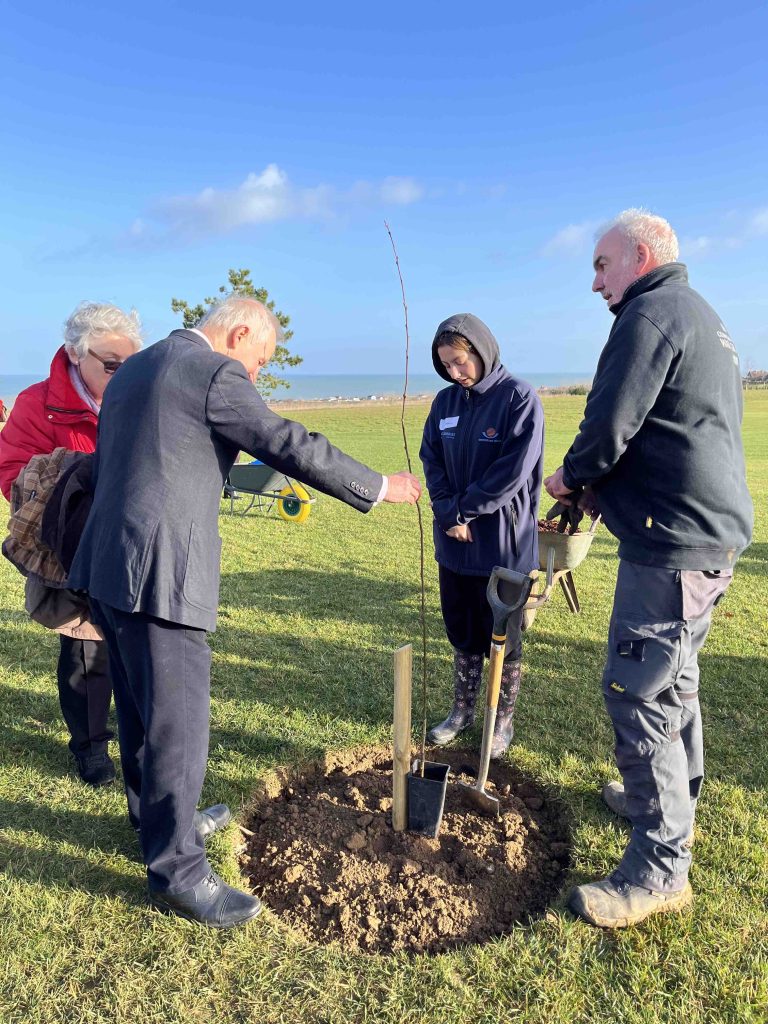 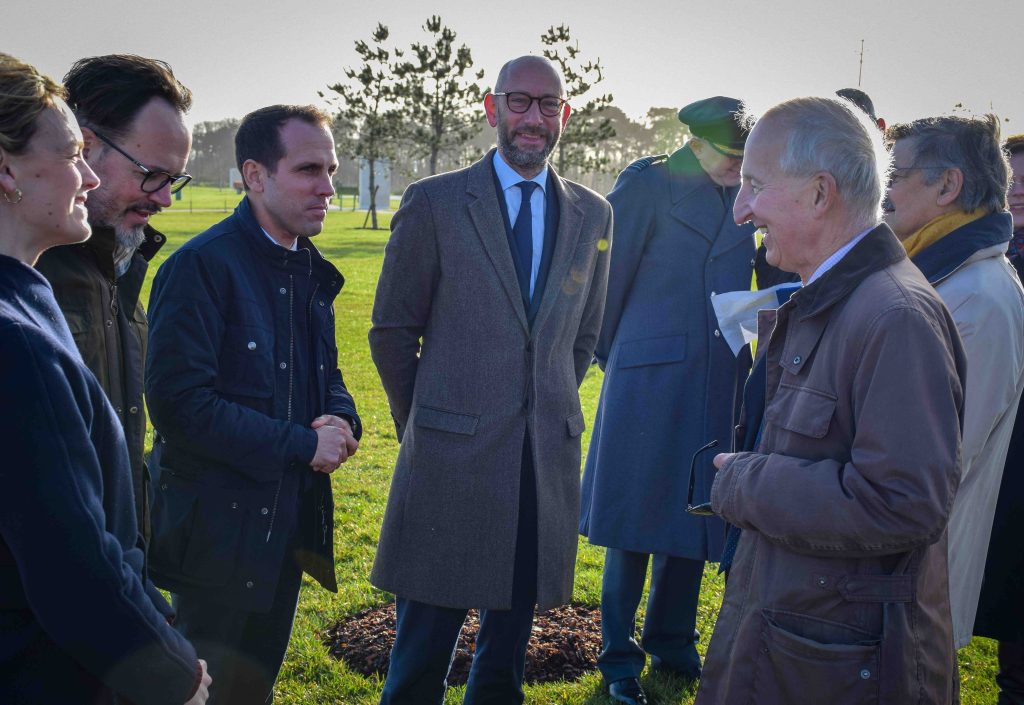 The gift from the French President now stands as a marker of the Queen’s remarkable reign, in her memory, and as a sign of the significant relationship between the UK and France. 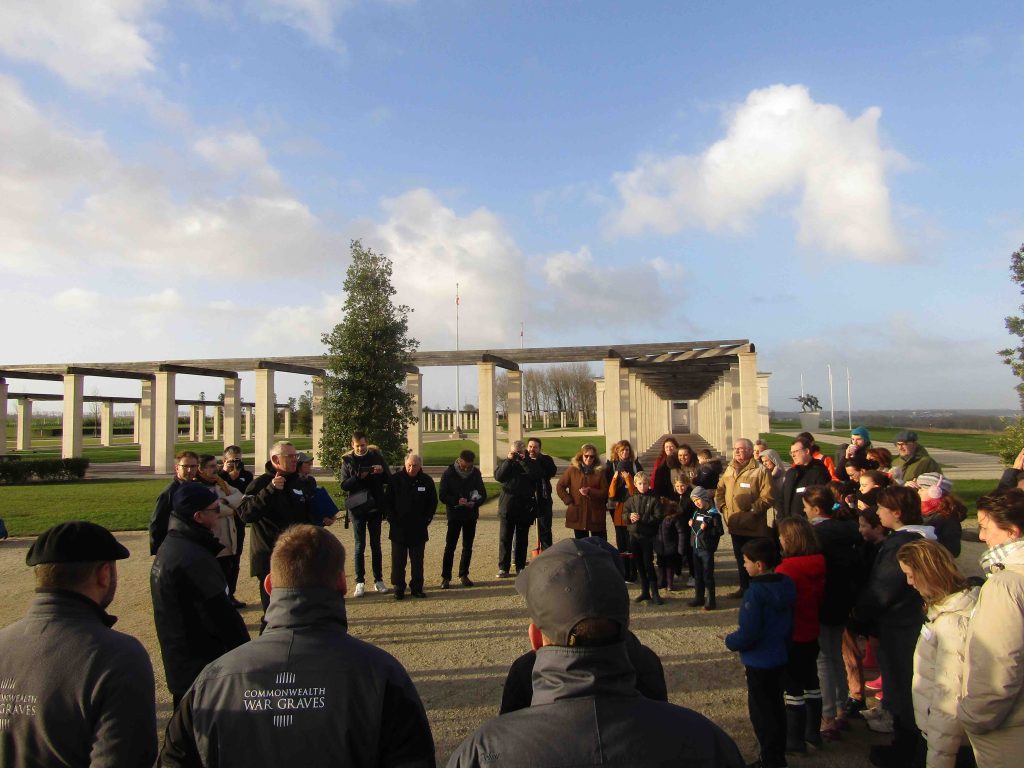 Seventy European Hornbeams were planted, approximately 1.5m tall. Over the next few years they will grow quickly and add a new area of interest to the Memorial. 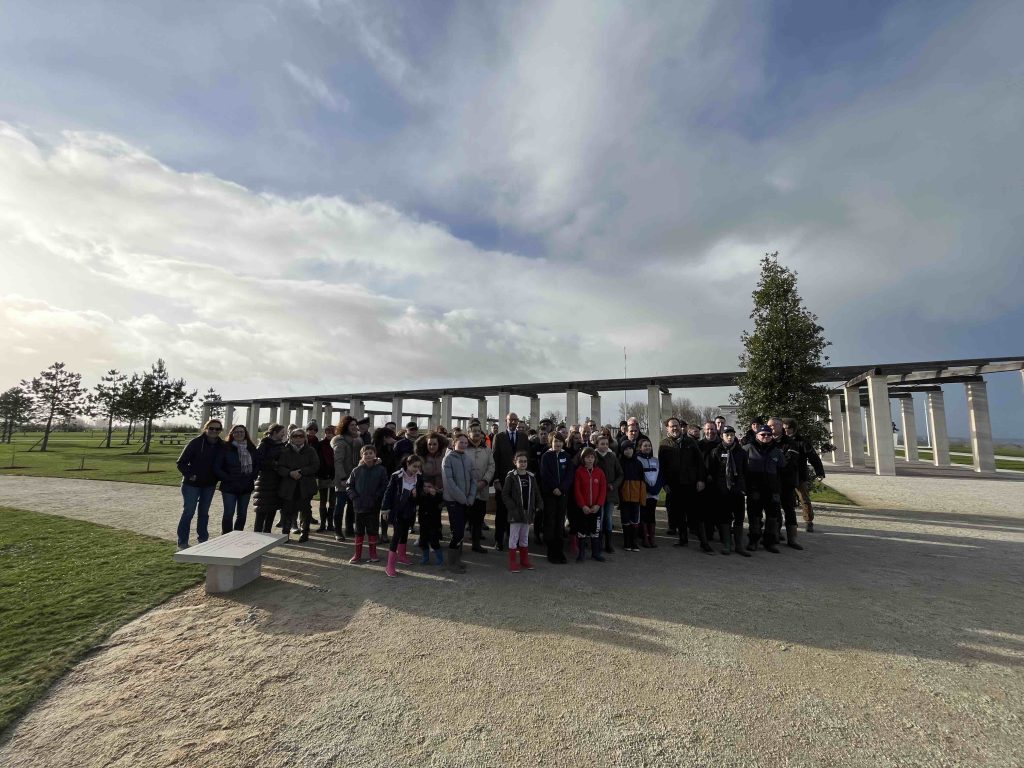 With thanks to the Commonwealth War Graves Commission (CWGC) who already maintain the site for their expertise and for providing a team of gardeners who helped the children and other guests plant their trees while teaching them about the horticulture. Special thanks to Carl Liversage, Quality Assurance Manager for the CWGC, Myles Hunt, Head Gardener, Matthieu Chevrier, Memorial Gardener and the whole team.