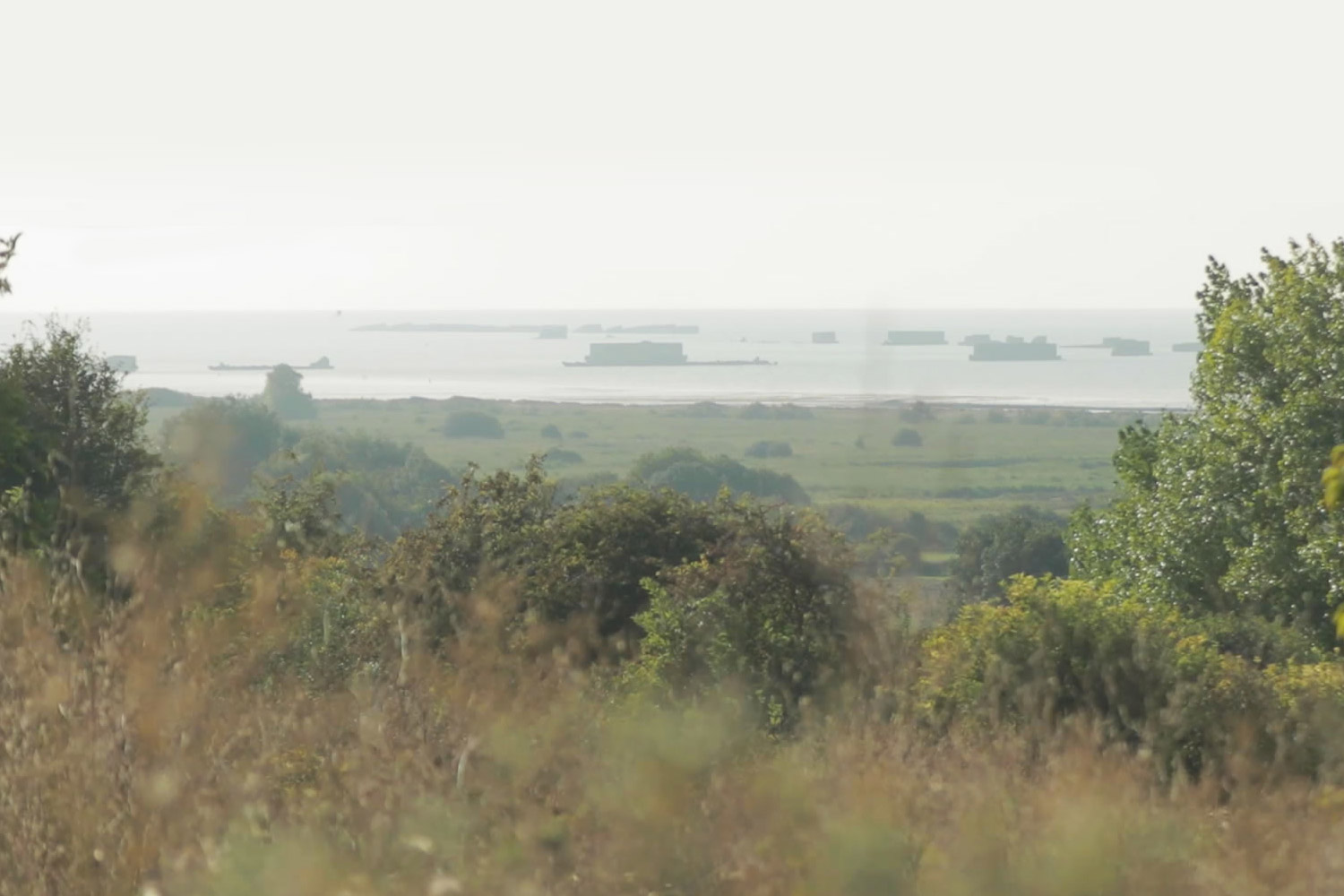 President Emanuel Macron and Prime Minister Theresa May pledged their support for the British Normandy Memorial at the United Kingdom-France summit meeting at the Royal Military Academy, Sandhurst on 18th January.

“We will support the Normandy Memorial Trust in their work to build a Memorial in Ver-sur-Mer commemorating the more than 22,000 who fell while serving under British command in the Battle of Normandy in 1944. The President and Prime Minister will together attend the inauguration of the project in June 2019 as part of the commemorations to mark the 75th Anniversary of the operation.”

Trust chairman Lord Peter Ricketts said: “We very much welcome the explicit declaration of support for the Memorial by the President and the Prime Minister. The trust continues to work closely with the French authorities on the planning requirements at the spectacular site for the Memorial overlooking “Gold Beach” at Ver-sur-Mer.”