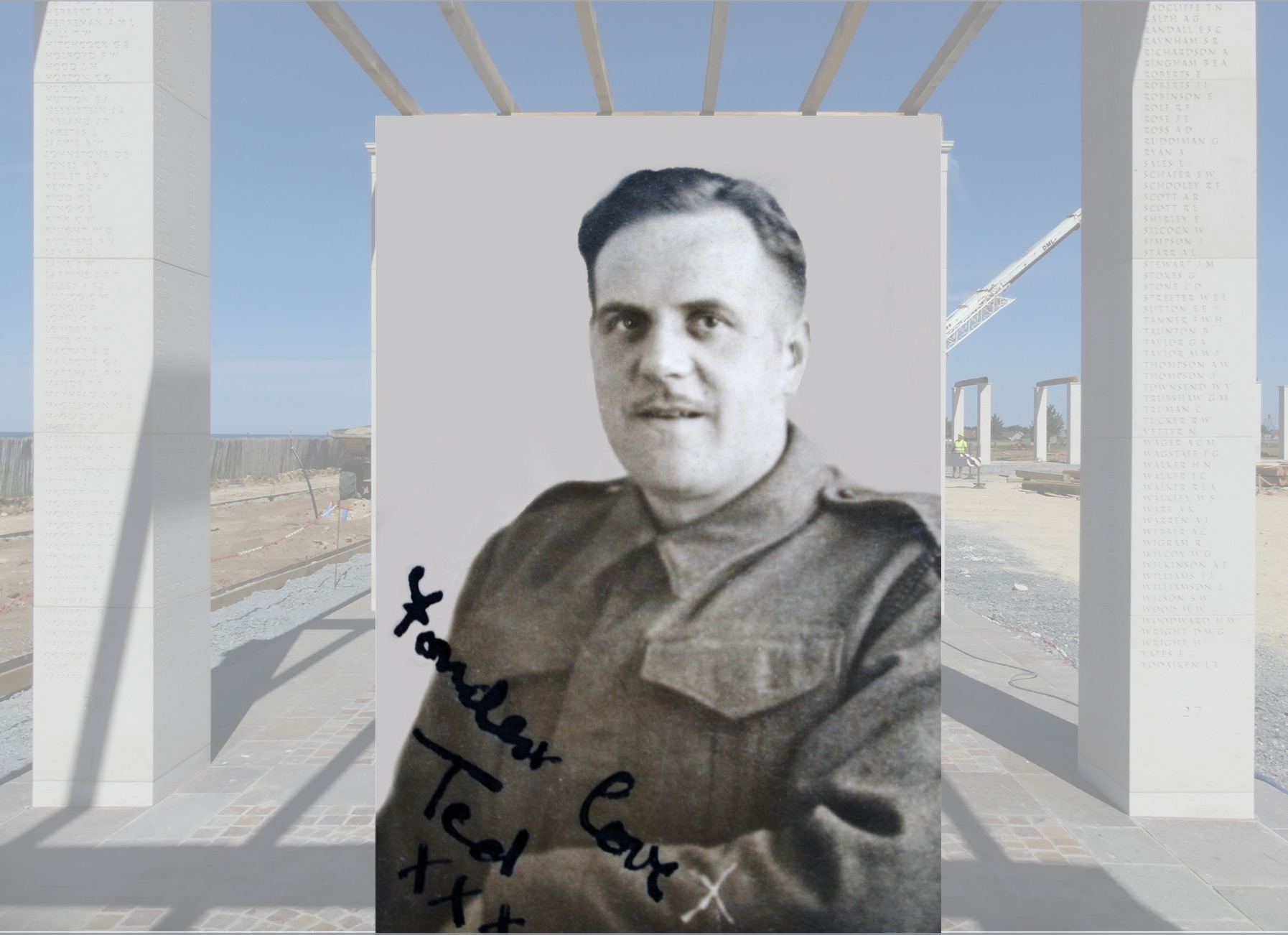 Lance Corporal Edward “Ted” Knowlson (nicknamed “Tiny”) fell on 22 July 1944 and will be commemorated on the British Normandy Memorial. His grandson David tells Ted’s story below.

The photographs and letters are shared with kind permission from Brenda (Ted’s elder daughter) and Patricia (Pat), Ted’s younger daughter.

My grandfather had signed up for the Army in 1942, having previously been employed as a Police Constable in the Metropolitan Police War Reserve. At this time, Ted had four siblings, with two sisters having predeceased him and his father Private Albert Edward Knowlson having been killed in the early days of the First World War. 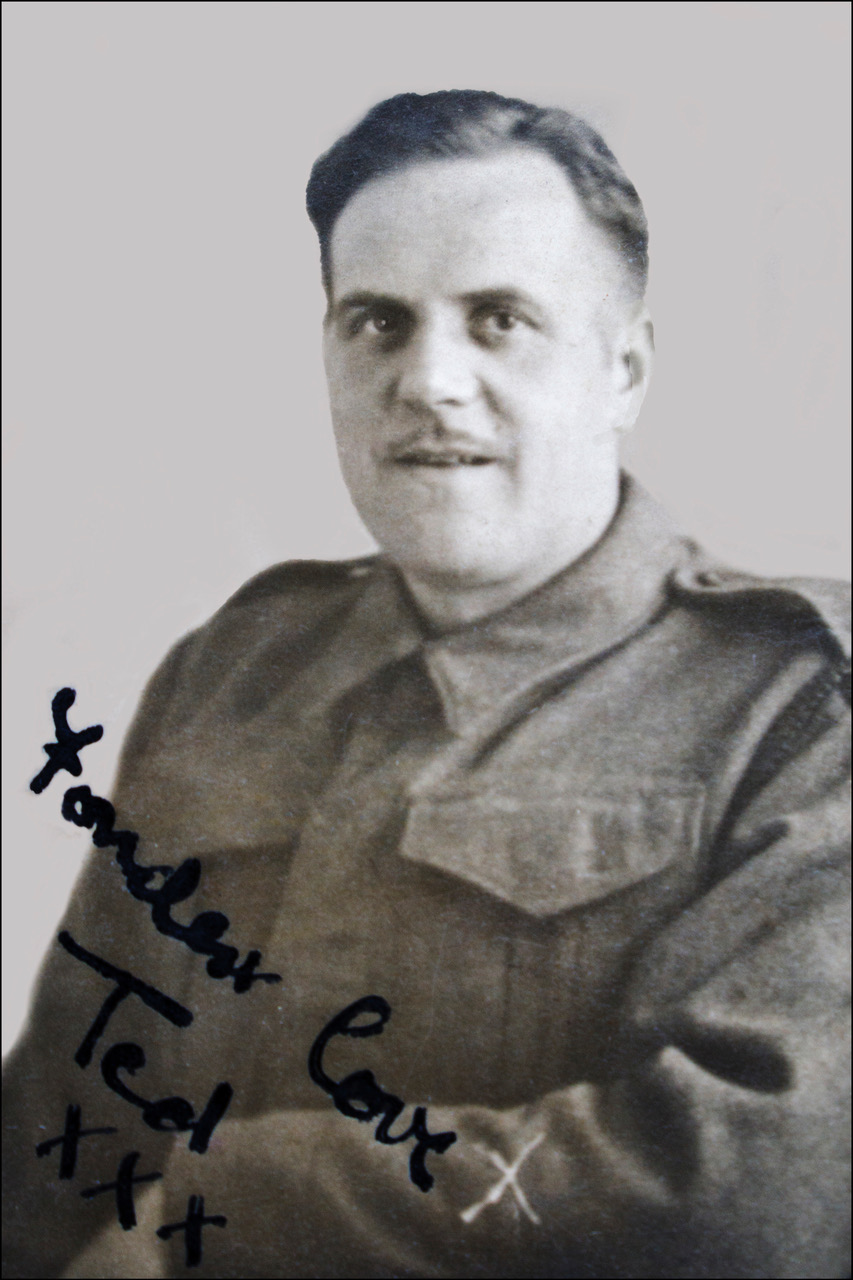 On 21 July 1944, Ted sent a Field Service Post Card to his wife Violet, who had just evacuated from London to Yorkshire with her two daughters, Brenda, who is my mother and was then aged six, and Pat (then aged three months). The postcard noted that a letter would follow at the first opportunity. 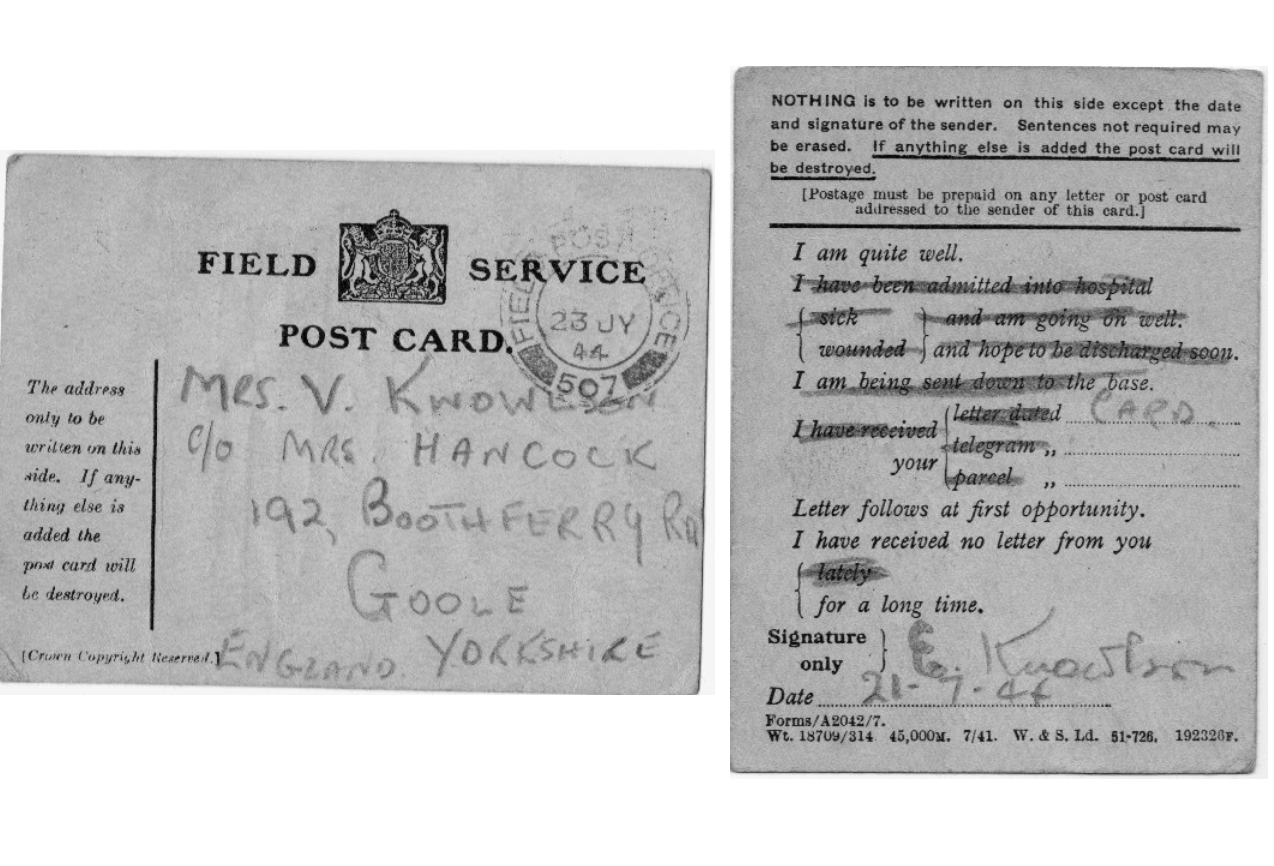 The following day, 22 July 1944, he sent a longer letter, in the form of a standard soldier’s letter. He tucked a note to his daughter Brenda inside, which reads:

I hope you are getting along alright at school and are being good and helping Mummy. Kiss sister Pat for me and I hope to see you both soon. 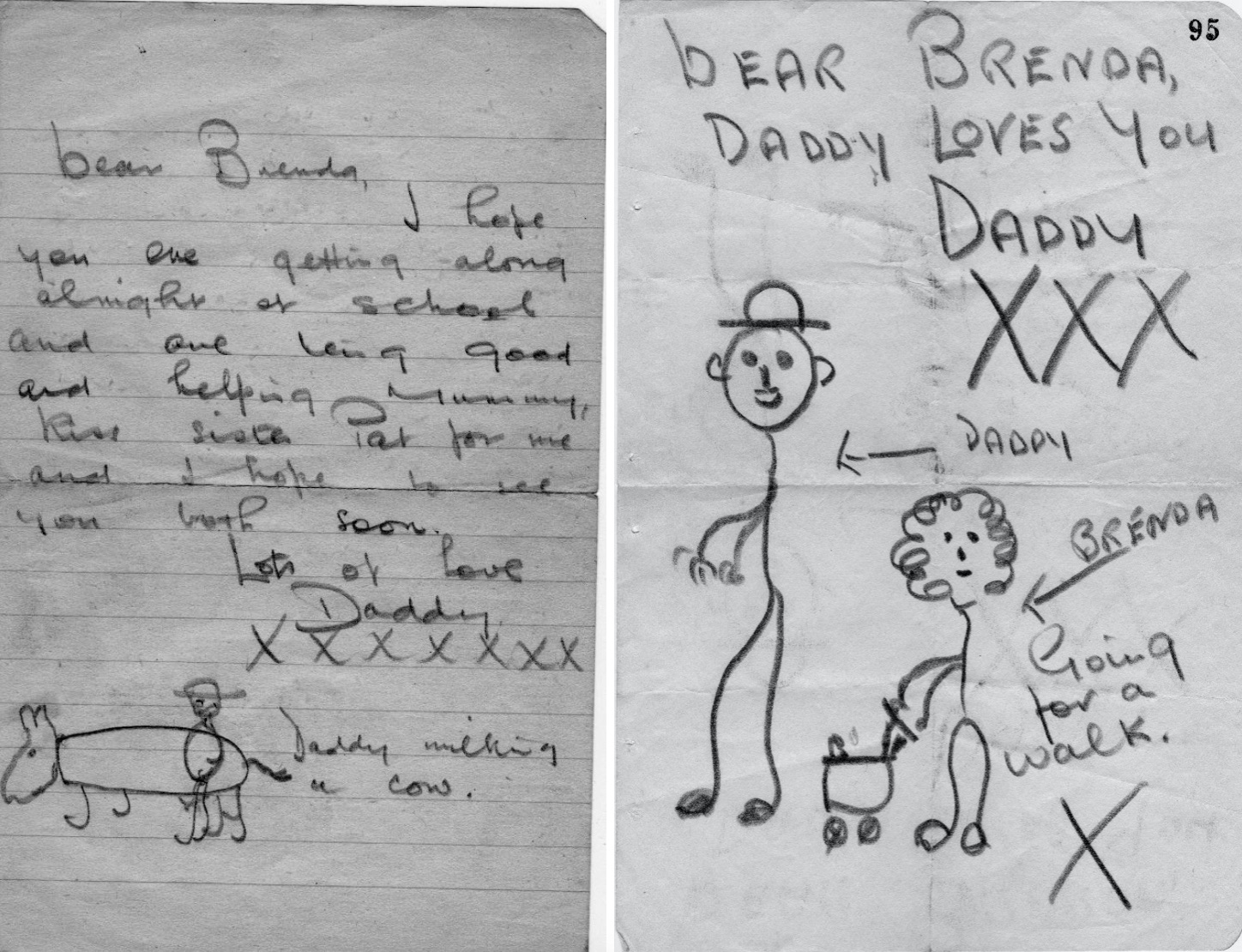 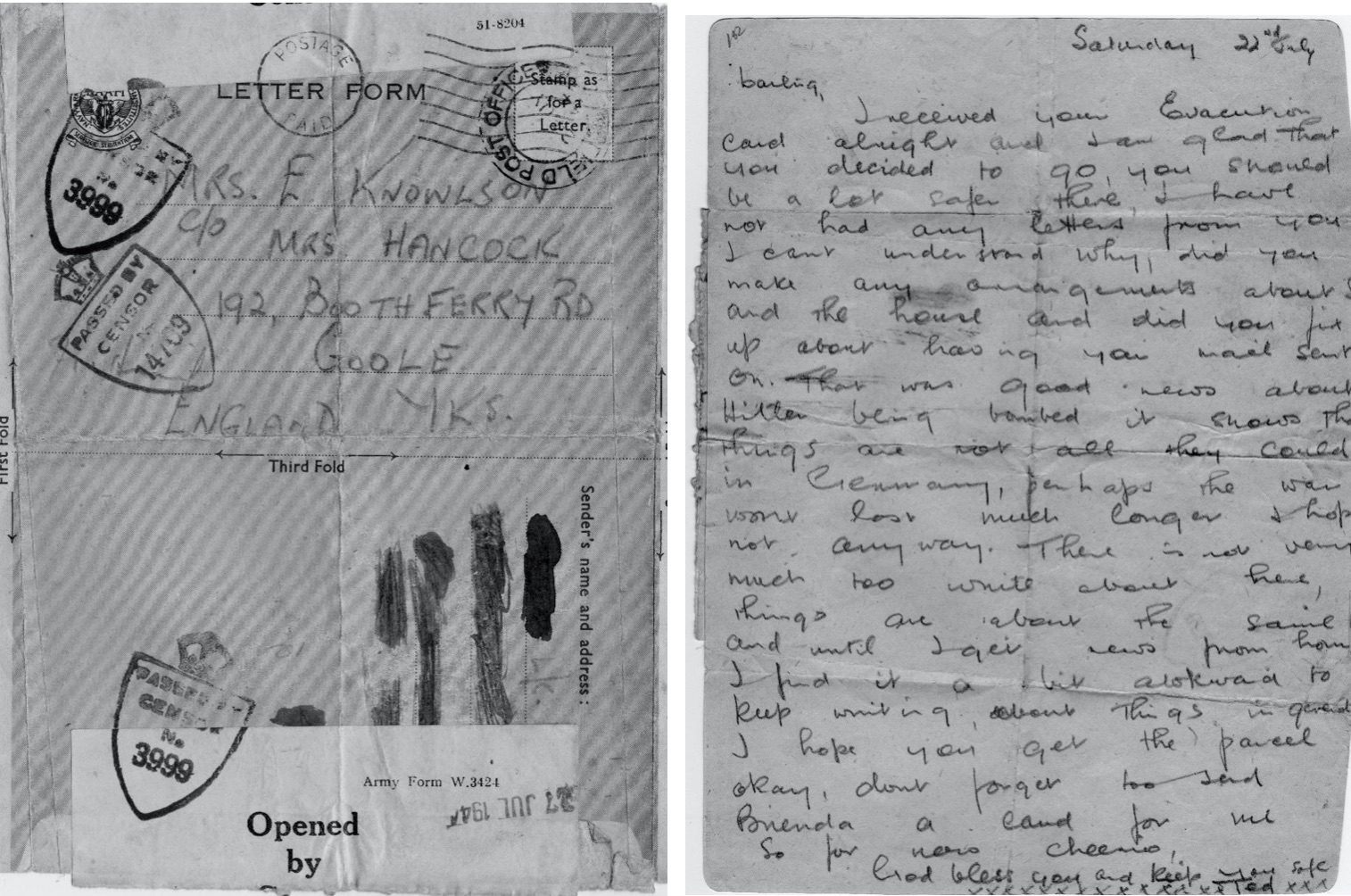 In this letter, Ted says “perhaps the war won’t last much longer, I hope not anyway.” This was in fact his final letter home, having died the same day the letter was written.

On the evening of 22 July, my grandfather’s battalion commenced an attack on Hill 112 at Maltot, and during that attack, my grandfather was killed. He is buried in the war cemetery at Banneville-la-Campagne and both Brenda and Pat have been able to visit over the years, as have other members of the Knowlson family including Ted’s nephew Ron, who now lives in Australia. The family looks forward to visiting the British Normandy Memorial and paying tribute to Ted when the site opens next year.