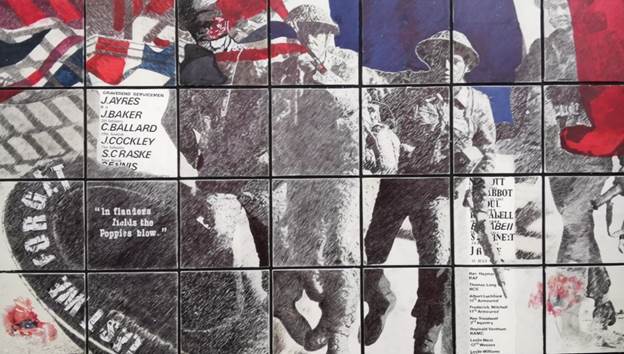 St John’s Catholic School in Gravesend, Kent, continues to support the work of the Trust and builds on its ongoing relationship with Patron, George Batts. Years 7 and 8 students have created mosaics using war memorials as the theme, one of them being the British Normandy Memorial. 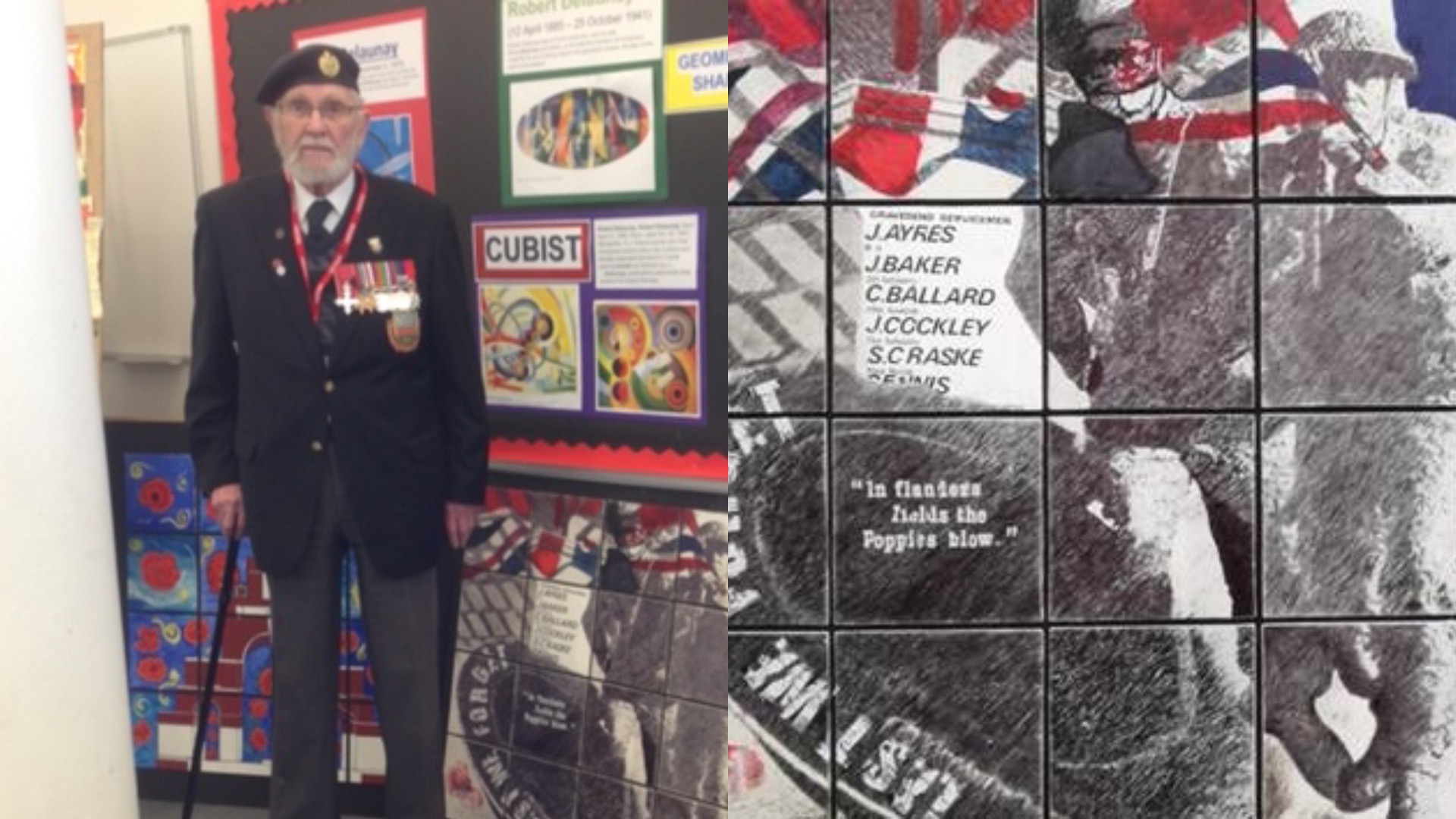 George Batts, Patron of the Trust, visited the School recently to see the mosaic himself. With the Memorial still under construction the mosaic focussed on the sculpture by David Williams-Ellis, which was unveiled on the 75th anniversary of D-Day. The names of more than 30 servicemen from the Borough of Gravesham to be named on the Memorial are also included in the design.

George was also recently presented with a cheque of £1,000 following a series of fundraising activities in which all year groups across the school took part. Dignitaries from the community attended the ceremony, including Councillor Gurdip Ram Bungar, who praised the school’s efforts and is keen to promote similar activities across other schools in the Borough.