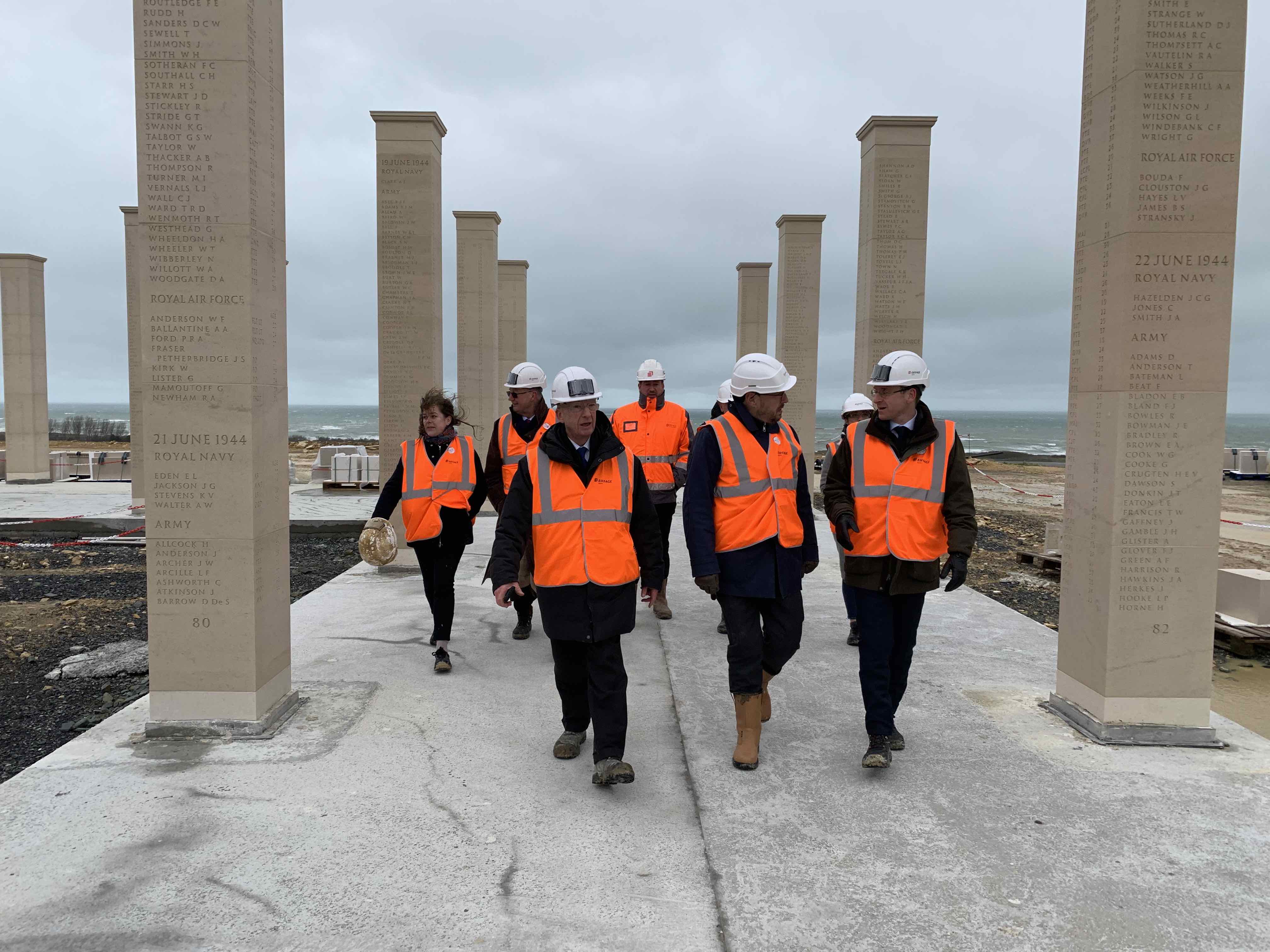 Please note: the Memorial site in Ver-sur-Mer is under construction and remains completely closed to the public until Saturday 5 September 2020.

Despite the wind and rain which swept the Normandy coast courtesy of storms Ciara and Dennis, over the past month we have been able to continue work and the site appears transformed again. The most noticeable changes are with the landscaping as many of the final ground levels are now established. This has permitted us to begin planting trees on-site: there are more than 200 larger trees, almost all of which have now been planted, while the wooded areas have also been planted with young pine, hawthorn, poplar and rowan. While some of the trees will take time to mature, the extent of the woodland has now become apparent on the ground. 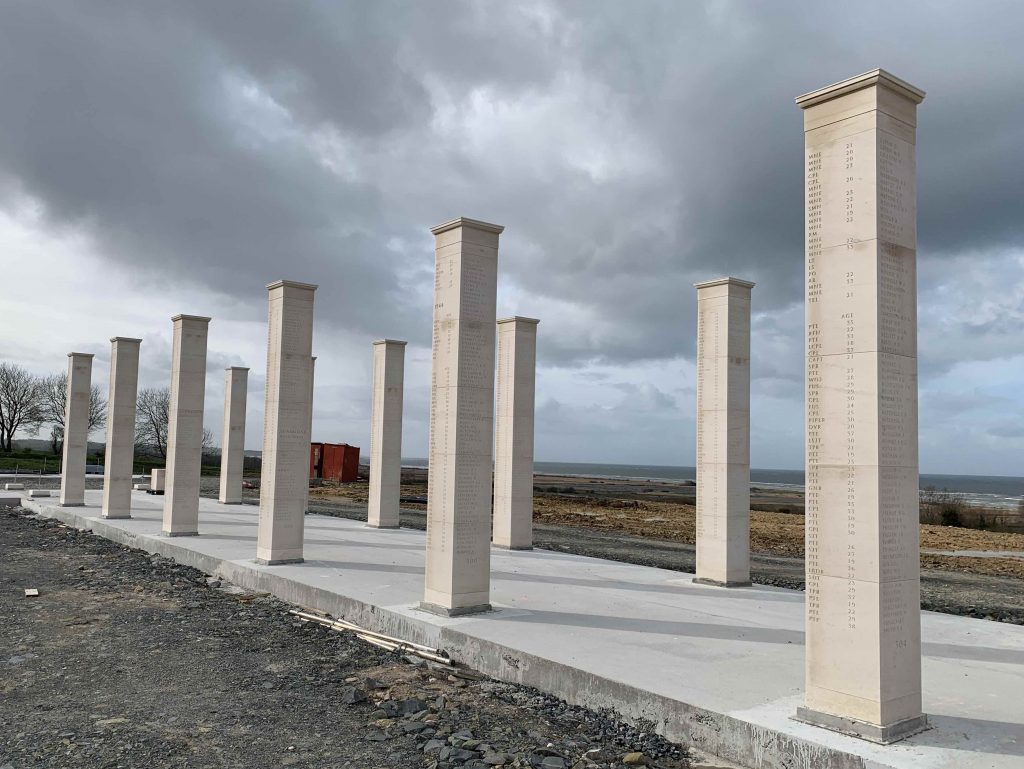 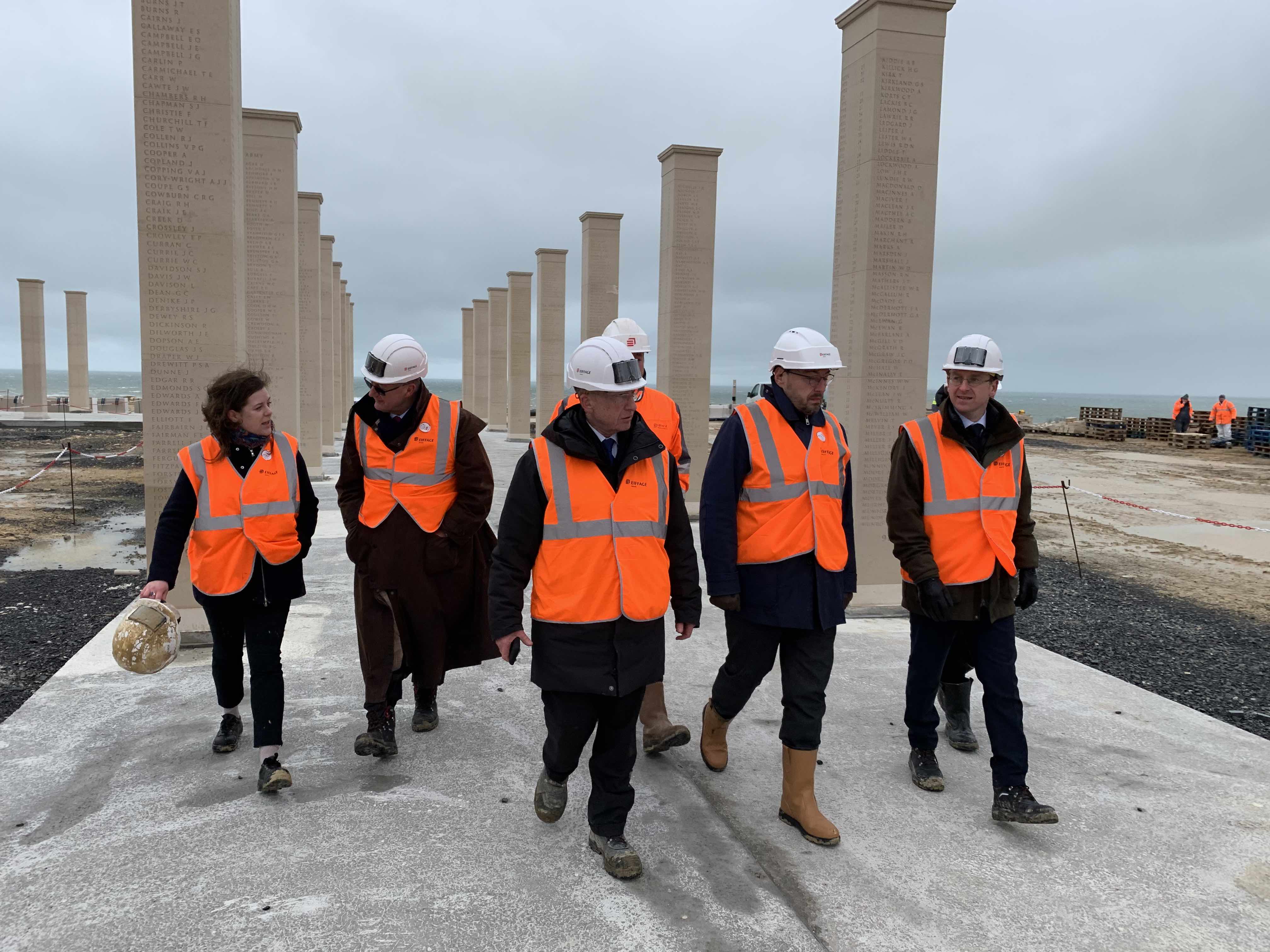 In the final week of February, the site received some distinguished visitors, as the Préfet of Calvados, Mr. Philippe Court, and the Sous-Préfète of Bayeux, Ms. Amandine Durand, came to review progress and discuss plans for the Veterans’ Opening. They were both hugely impressed by the commitment shown by everybody involved to keep working in spite of the inclement conditions. 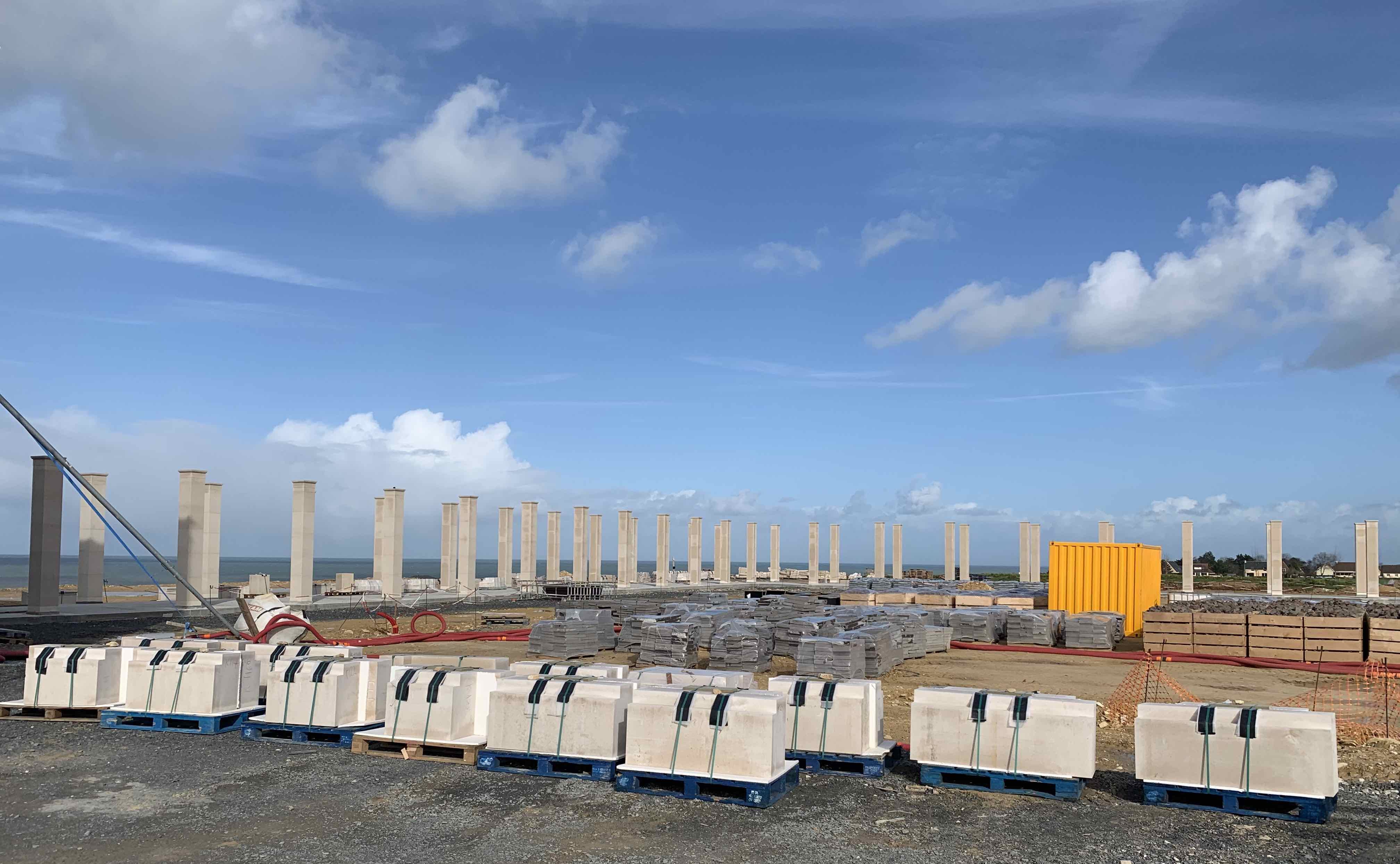 During the course of the last month, Ver-sur-Mer was hit by significant rainfall and parts of the town flooded. While the damage appears to be limited, our thoughts are with those affected.