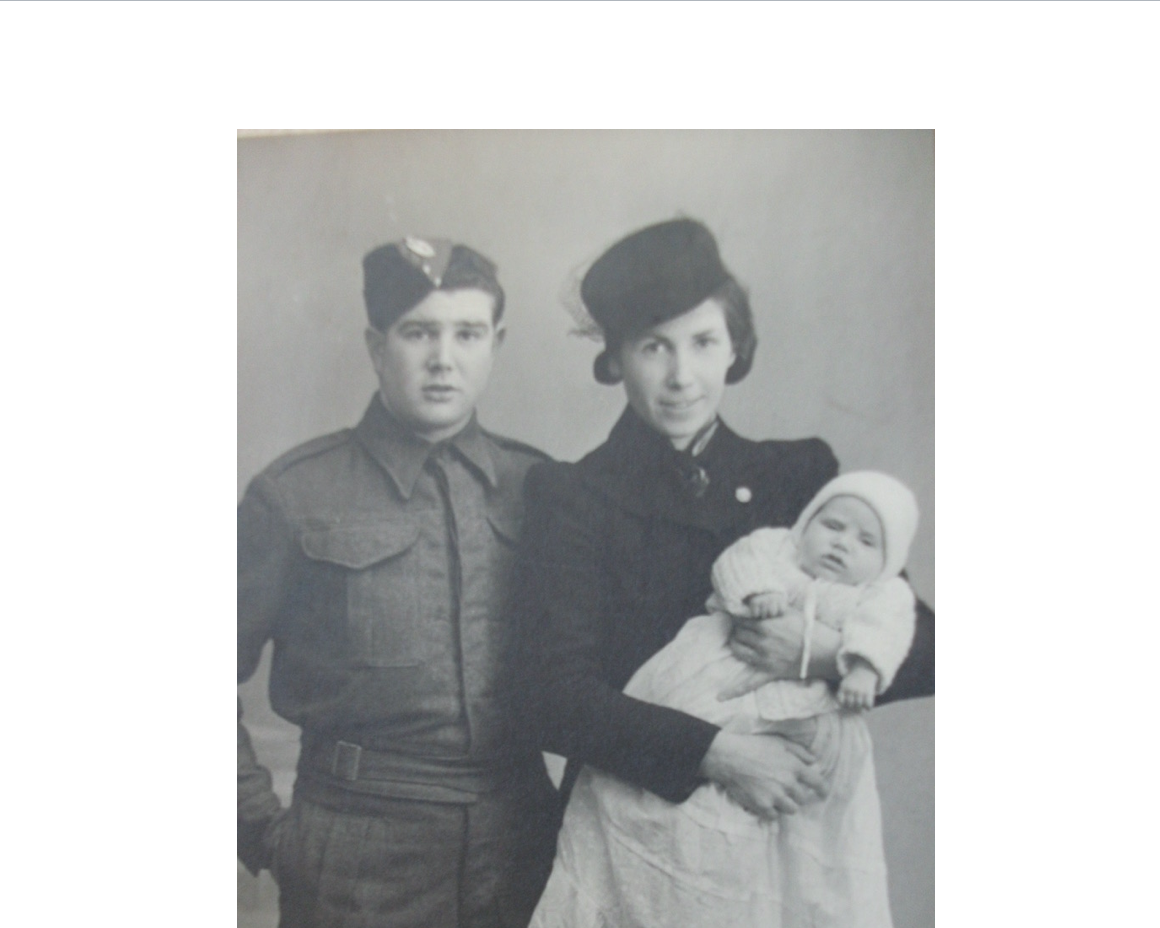 On 6 June 2019, the 75th anniversary of D-Day, Harry Billinge appeared on BBC Breakfast for the very first time. That interview touched the hearts of the nation and Harry has featured on the programme many more times since, and of course been made an MBE for his extraordinary fundraising efforts.

In that interview at the inauguration of the Memorial site in Ver-sur-Mer, he talked about a soldier called ‘Neades’ who died in his arms in a field in Caen. It is clear that this moment had a tremendous impact on Harry’s life ever since and inspired his fundraising endeavours for the Trust.

Joseph Neades’ name on the British Normandy Memorial and Joseph picture with his wife, Alan’s mother.

One year on, the Trust tracked down Joseph Neades’ son, Alan Neades, now 77, and united the two men with help from BBC Breakfast.

This is what happened:

“He died, with me, and I think I died a bit that day your dad died.”
Harry Billinge meets the son of his fallen comrade for the first time on @BBCBreakfast. #DDay76 #DDay2020 pic.twitter.com/Plx3yGGTbp