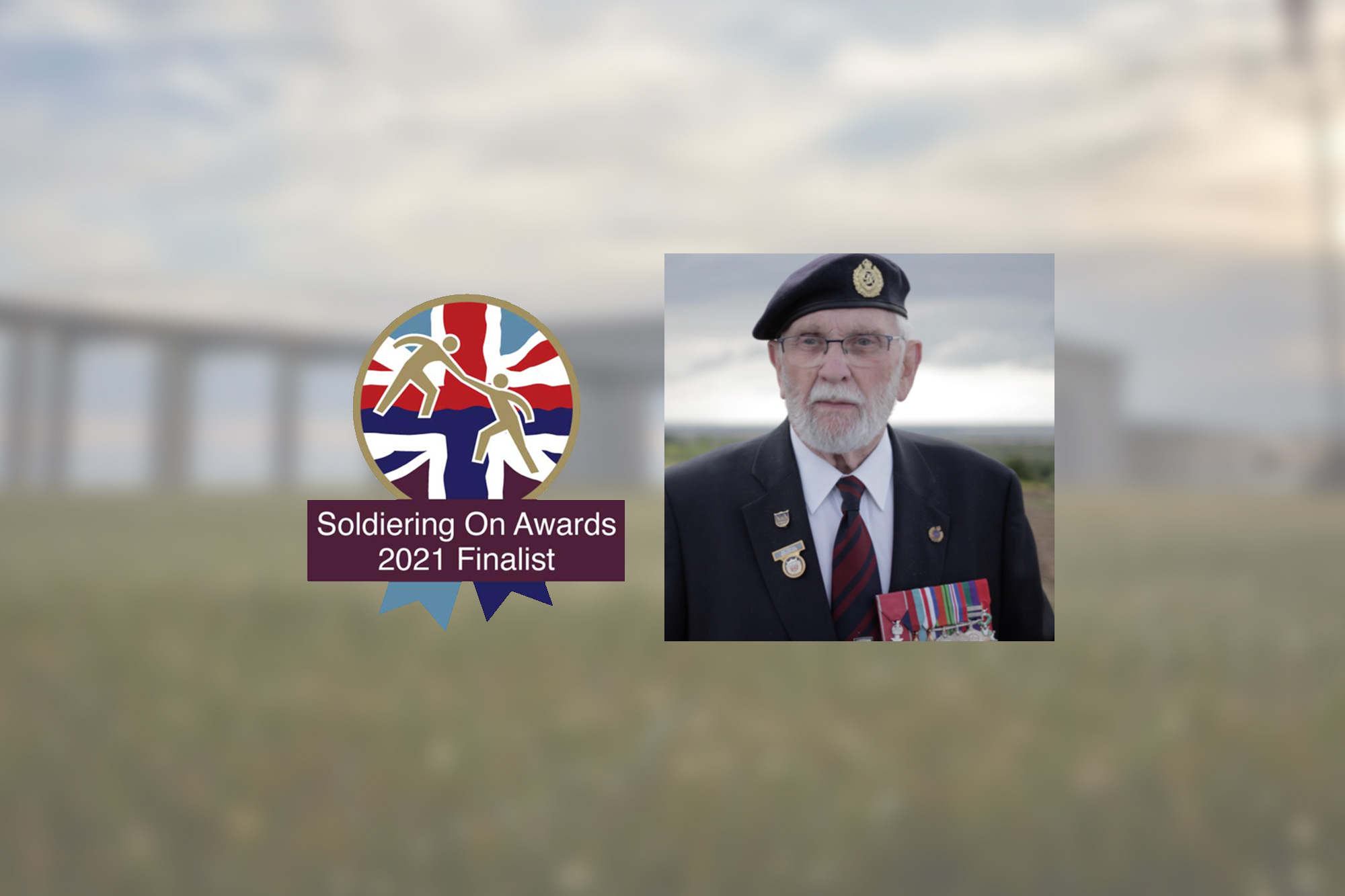 The Lifetime Achievement Award honours a person whose lifetime of service has provided a significant contribution in support of the Armed Forces.

George was an 18-year-old Sapper during the D-Day landings, tasked with clearing mines and booby traps, but his service to his country did not stop after the war’s end. He eventually became the National Secretary of the Normandy Veterans Association, and recently witnessed his ambition of seeing the British Normandy Memorial erected in Ver-Sur-Mer, France to commemorate all those who lost their lives in the Battle of Normandy.

The winners of the 12 categories of the Soldiering On Awards will be announced during a series of online events throughout October. All finalists and winners will be celebrated at a black-tie gala reception and dinner in December, restrictions permitting.