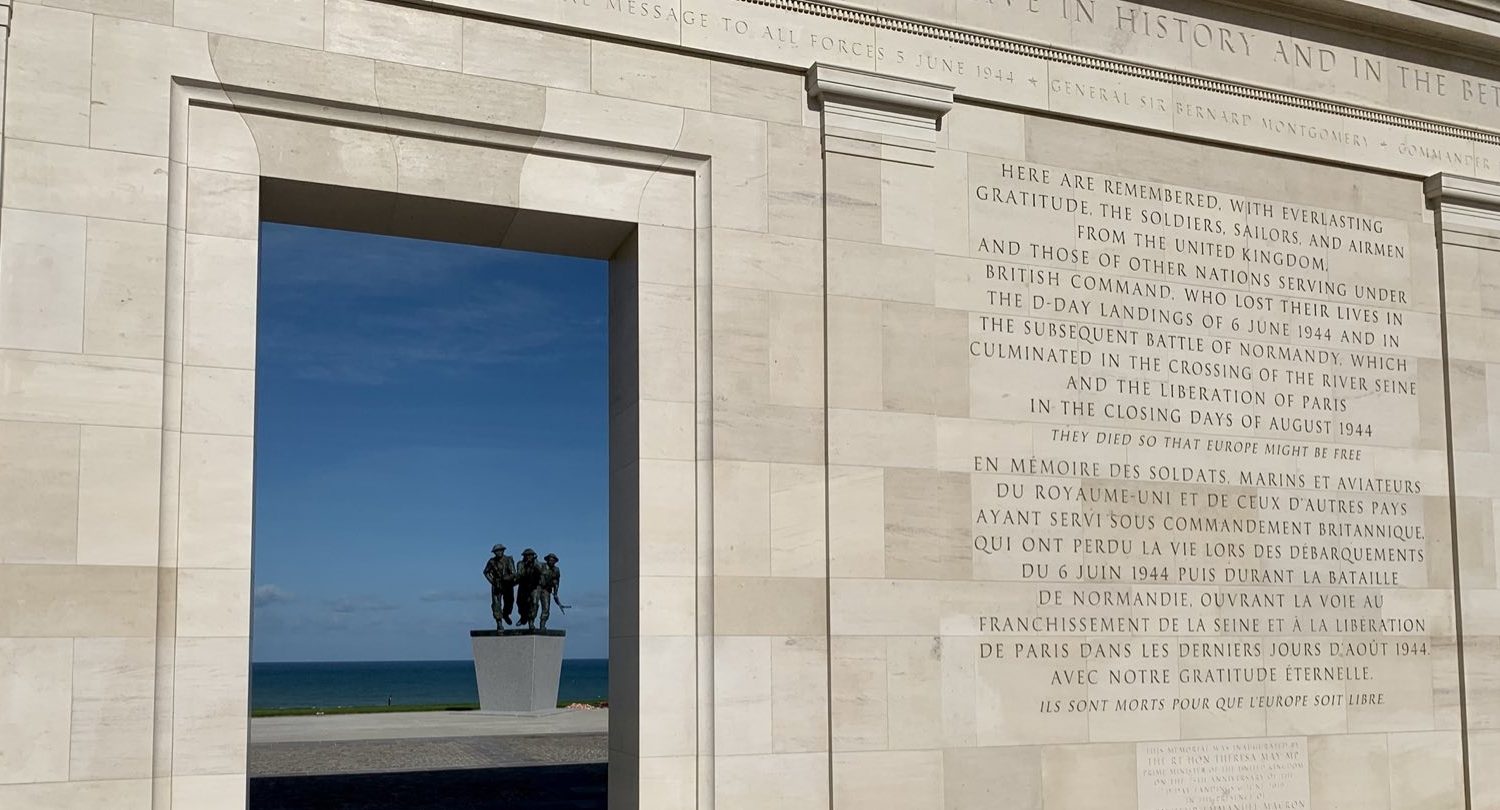 VETERANS AND FAMILIES OF THE NORMANDY FALLEN ARE INVITED TO WITNESS LONG-AWAITED HISTORIC MOMENT.

THE ENTIRE EVENT WILL BE AVAILABLE TO WATCH LIVE ON OUR HOMEPAGE FROM 10AM ON SUNDAY 6 JUNE, WITH THE OPENING CEREMONY OF THE MEMORIAL COMMENCING AT 10.30AM.

The Normandy Memorial Trust invites Normandy Veterans, their families and relatives of the fallen to mark the 77th anniversary of D-Day on Sunday 6 June 2021 at the National Memorial Arboretum in Staffordshire. Guests at the commemorative event will watch a live broadcast of the official opening of the newly completed British Normandy Memorial in Ver-sur-Mer, presided over by the British Ambassador to France, Lord Edward Llewellyn, accompanied by senior French guests.

As Covid-19 restrictions prevent travel to Normandy, the Trust and the Royal British Legion are together hosting this year’s commemorations in the UK, with an event which will also include coverage of the service of Remembrance at The Bayeux Commonwealth War Graves Cemetery and a Two Minute Silence at 11am.

If you are a Normandy Veteran or relative of the Normandy fallen, details on how to apply for a place are at the bottom of this page.

It will be the first major commemorative event of the year at which Veterans from around the country will be invited to gather.

The British Normandy Memorial, designed by British architect Liam O’Connor, records the names of the 22,442 servicemen and women under British command who fell on D-Day and during the Battle of Normandy in the summer of 1944. Inscribed in stone, their names have never, until now, been brought together.

The official opening of the Memorial is the culmination of nearly six years of work by the Normandy Memorial Trust. Costing nearly £30 million pounds and funded both by the British government and private benefactors, the Memorial stands on a hillside overlooking “Gold Beach”, one of three beaches where British forces landed on the morning of 6 June 1944 to begin the liberation of Western Europe.

The construction of a national memorial in Normandy has been a long-held ambition of Normandy Veterans, frustrated that Britain alone among the main wartime allies did not have such a memorial. The idea for the Memorial originated with the Trust’s Normandy Veteran Patron, George Batts MBE, Leg d’Hon (pictured above, left). It was taken up by many other Veterans, including the Trust’s Veteran Ambassador and Fundraiser, Harry Billinge, MBE, Leg d’Hon., (pictured above, right) who single-handedly raised tens of thousands of pounds in his home town of St Austell in Cornwall.

Now completed, the Memorial features the ‘D-Day Sculpture’ by British sculptor David Williams-Ellis, the D-Day Wall featuring the names of those who fell on D-Day itself and, on 160 stone columns, the names of those others who lost their lives between D-Day and the Liberation of Paris at the end of August 1944. The site also includes a French Memorial, dedicated to the memory of French civilians who died during this time. In total, nearly 4,000 tonnes of stone have been used in the Memorial’s construction.

“It is a matter of the greatest pride to the entire Trust team to have turned the dream of so many Normandy Veterans into a reality. This Memorial will stand as a permanent reminder to future generations of the sacrifice made by British forces in Normandy in the summer of 1944. As one of the inscriptions on the Memorial states: ‘They died so that Europe might be free.’”

“Only those who were there on D-Day can truly know what it was like. We lost a lot of our mates on those beaches. Now, at long last, Britain has a fitting Memorial to them. I should like to express my deep gratitude to all those who’ve supported the Memorial and made its construction possible.”

The event at The Arboretum will adhere to the latest government and industry guidance on Covid-19 that is in place at the time. As such, places must be pre-booked and will be limited.

VETERANS AND RELATIVES OF THE NORMANDY FALLEN: APPLY TO ATTEND THE EVENT

If you would like to attend the commemorative event at the National Memorial Arboretum, please email [email protected] with your request and contact details.