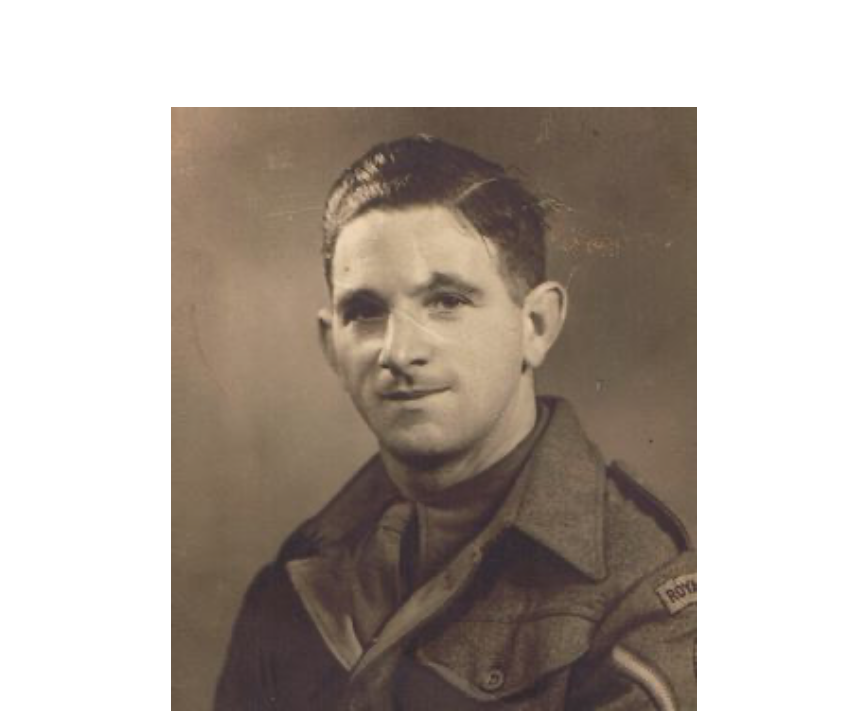 D-Day 76: The memoirs of Ronald Knight and family

Ronald Knight was with the Royal Engineers and landed on Gold Beach on D-Day to run a communications cable there. He wrote his memoirs with the help of his children, Christine and Ron, before he sadly died in 2000.

Ronald’s family has kindly allowed the Trust to publish excerpts of his memoirs to mark the 76th anniversary of D-Day, which you can read HERE.

“I had asked him many times over the years to put all his war memoirs into writing, all the little snippets he used to regale me with throughout my life made for a wonderful story of quiet heroism and a time,  although wrought with danger, of humour and optimism. Eventually in 1999 he acquired a dictaphone and started to tell his tale. The names of places are at times incorrect or misspelt, but he tells it as he remembers it. He finished it in February 2000, he passed away on 20 September of the same year.” – Christine Murphy

His life post-war was shaped by the death of a fellow comrade in battle:

“The below picture is of Dad visiting the grave of his pal Bonny Gunner who threw himself on a mine to save Dad and his crew. This I believe was the most profoundly saddest day of his life. In context, one has to dwell on the fact that of all his lads, only he came home. This defined the rest of his life. He dedicated himself to making the world around him better, to honour those whose days they would not see.” – Ron Knight 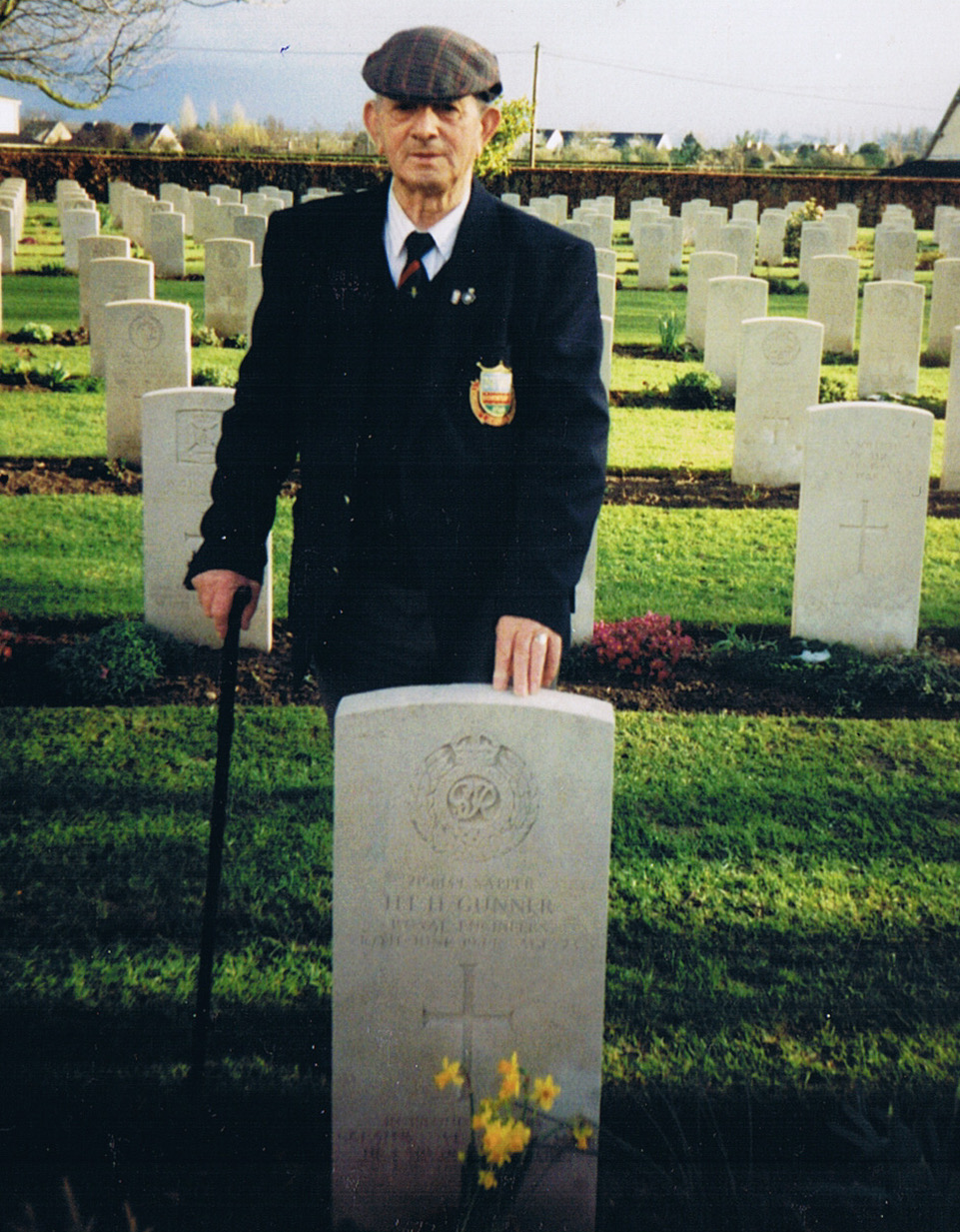 The following are exerpts taken from the book Do Two Ron’s Make A Knight written by Ronald M Knight, detailing both his father’s, and his life.

“Almost before Ron could fully comprehend what had taken place there was an explosion and his friend Bonny all but disintegrated before his eyes…The blast hit the officer behind Ron, in the face and chest, while knocking another Sapper back down the hill. They got medical help for the wounded and buried Sapper Gunner in a temporary grave. He would later be laid to rest in the military cemetery in Bayeux.

“Bonny was a very close friend; they called him ‘Bonny the smiling boy’ because although he loved to laugh, he always took his job so seriously. There was no doubt in Ron’s mind that he would not have survived if Bonny had not sacrificed himself.”

Harry Gunner was a Sapper in the Bomb Disposal Section of the Royal Engineers. He died on 10 June 1944 aged 23. His name is included on the British Normandy Memorial.