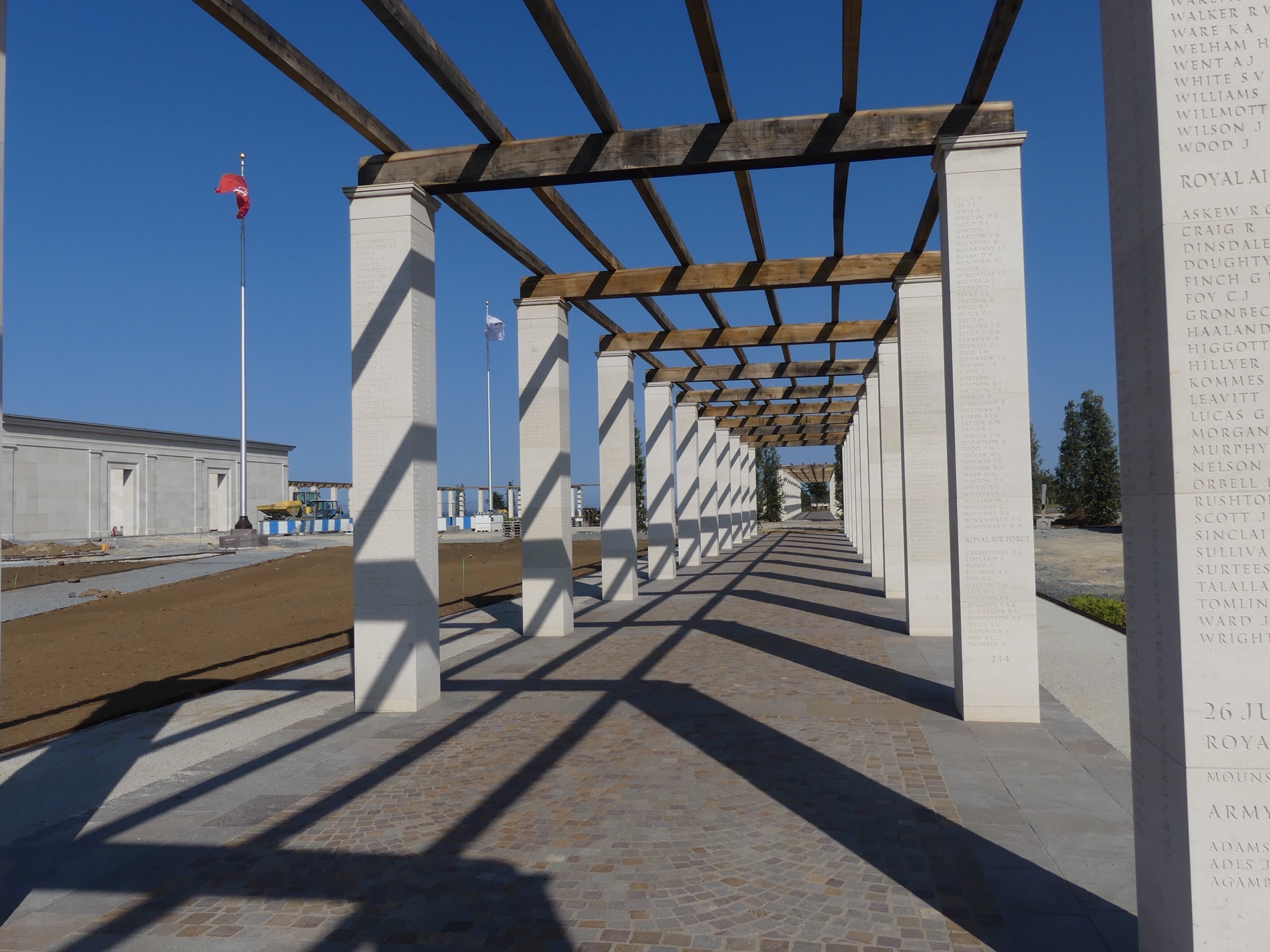 Experts from The Commonwealth War Graves Commission (CWGC) will keep a watching eye as the British Normandy Memorial nears completion. The Memorial will remain closed over the winter, while landscaping and other works continue ahead of the Official Opening in June 2021. CWGC’s involvement comes after the signing of an agreement with the Normandy Memorial Trust.

CWGC has a class-leading reputation for its care and commemoration of the 1.7 million Commonwealth dead of two World Wars. With war graves and memorials at 23,000 locations, in more than 150 countries and territories, CWGC is well-placed to lend the new Memorial a helping hand.

“The Commonwealth War Graves Commission is thrilled to lend its local expertise into helping the Normandy Memorial Trust as the construction of their impressive new Memorial nears completion. Our strong presence in France, and background in caring for sites of such significance and meaning for more than a century, ensures we are uniquely placed to offer on the ground support. As the project reaches its vital final stages, CWGC’s staff based in France will oversee the landscaping of this historic site, ensuring it reaches the standard expected of the Trust and in keeping with a site of such significance.

It’s a wonderful Memorial, in a spectacular setting, which will serve to complement the CWGC’s war cemeteries in the Normandy region.”

“CWGC have a worldwide reputation for maintaining their cemeteries to the highest standards. The Trust is delighted that they will be helping us to care for the British Normandy Memorial as we continue the work to complete the landscaping and prepare the Memorial for its Official Opening in June of next year. We hope this is the start of a long partnership with CWGC.”