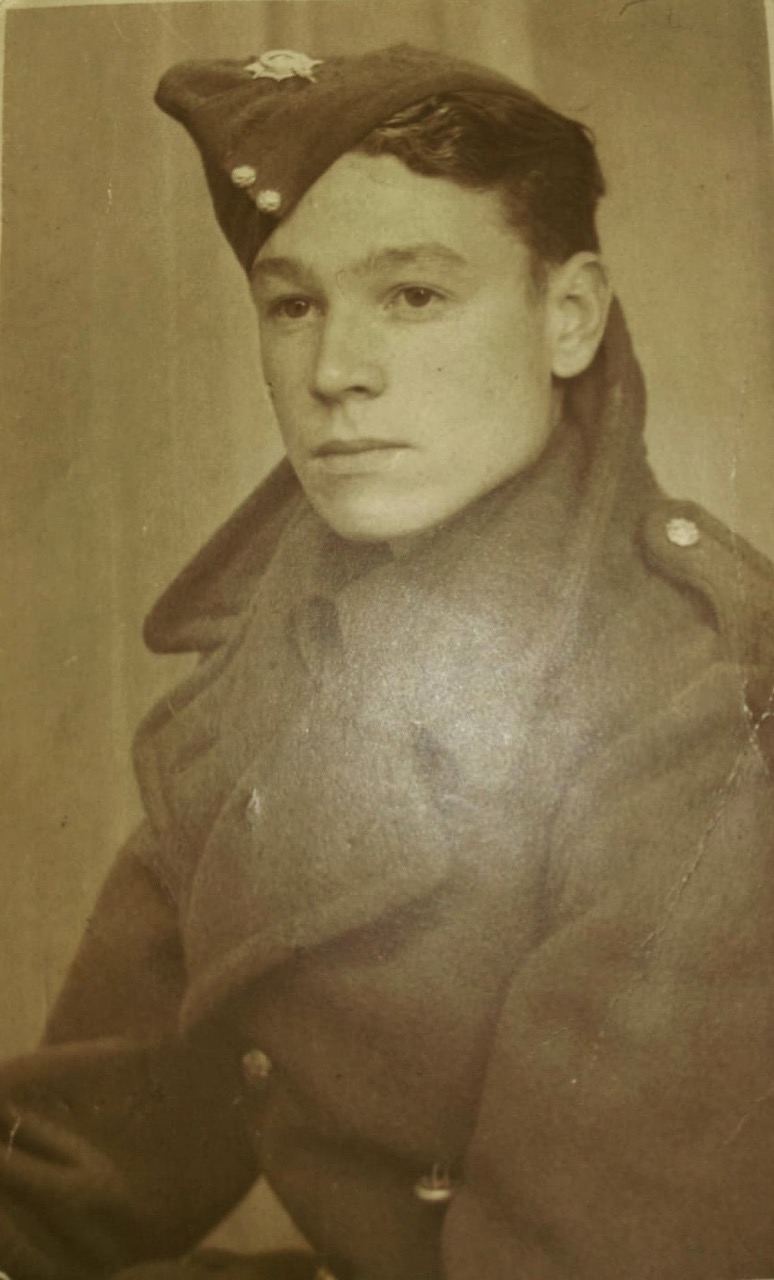 This photo is shared by the Trust with kind permission from Tess Price, on behalf of a friend of Kenneth Howells.

In memory of Kenneth Howells who was serving with 1st Battalion, Worcestershire Regiment. He was killed in action on 09 August 1944 near La Quesnee. The battalion war diary recorded that on this day they were mopping up the remaining German troops along the road to Plessis Grimoult and La Quesnee. C Company attacked the Germans along the road but they encountered heavy resistance from the Germans and were withdrawn. Meanwhile, A Company were deployed to attack the Germans in La Quesnee. It is not known at what point he was killed during these engagements but his original place of burial was near La Quesnee. He was then reinterred in Hottot-les-Bagues Cemetery, Calvados on 19 November 1945.