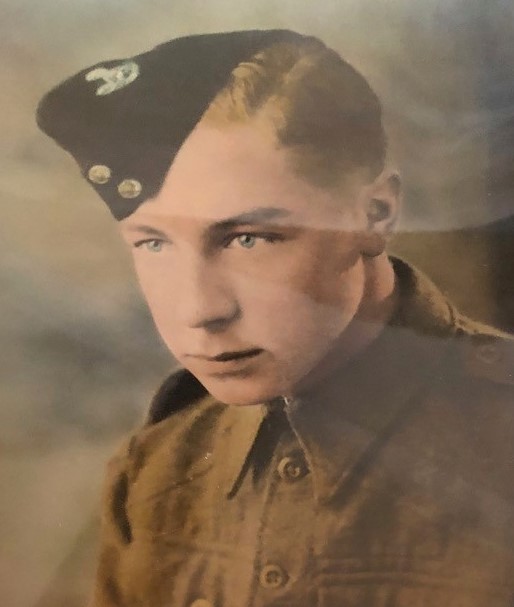 The story and photographs are shared by the Trust with kind permission from Alan Mitcheson, brother of John Mitcheson and Christine Wolfendale, John's niece.

Just for a little bit of background my Uncle Alan was 12 years old and my late mother was 15 years when Jack in their words ‘died of wounds in the war’. Here is Alan's story about his brother which he wanted to share.

My name is Alan Mitcheson, brother of John who was affectionately known as Jacky, and also brother of my late sister, Margaret.

Jacky was called up for active Service towards the end of July 1943, when he was 18 years old. He was posted to Brancepeth Castle, County Durham where he was to join up at the depot of the 9th Battalion, Durham Light Infantry, 50th Northumbrian Division.

My sister Margaret and I were so proud of him and thrilled when he first came home on leave in his uniform, as were our parents. Whilst serving at Brancepeth, he met a nice girl from nearby Willington. After a while they became engaged and a party was arranged at our home in Ryhope, Sunderland, just before he left for Saffron Walden, Essex. This turned out to be the last time that we saw him.

On 6th June 1944, he was one of many British soldiers to land on Gold Beach. He survived for nine days before he was badly injured and died of his wounds.

Official documents held at the Durham Light Infantry Museum in Durham, described how Jacky’s Company were advancing on a German Panzer Division who were encamped in a wood by the side of a cornfield. It was here where my brother was hit and as the result of the injuries sustained, he was taken to a Casualty Station for treatment on 14th June.

In a letter to my parents, an Army Chaplain explained that he was at Jacky’s bedside during his last moments and died just after midnight on the 15th June 1944, without regaining consciousness.

He is buried in the British War Cemetery at Bayeux, Caen. What is sad is the fact that our parents never got to visit his grave as no assistance was offered in those days for making a visit. Thankfully, both my sister and I were able to visit in 1989.

My visit was with the Normandy Veterans Association and I spent the whole of my visit at his graveside. A Dutch couple with a shared interest in military vehicles who were also at the Cemetery saw how distressed I was and provided comfort. They took photographs and I told them about how Jacky had given his life at such a young age.

I am so proud that my brothers name is to be included in the British Normandy Memoriam overlooking Gold Beach. 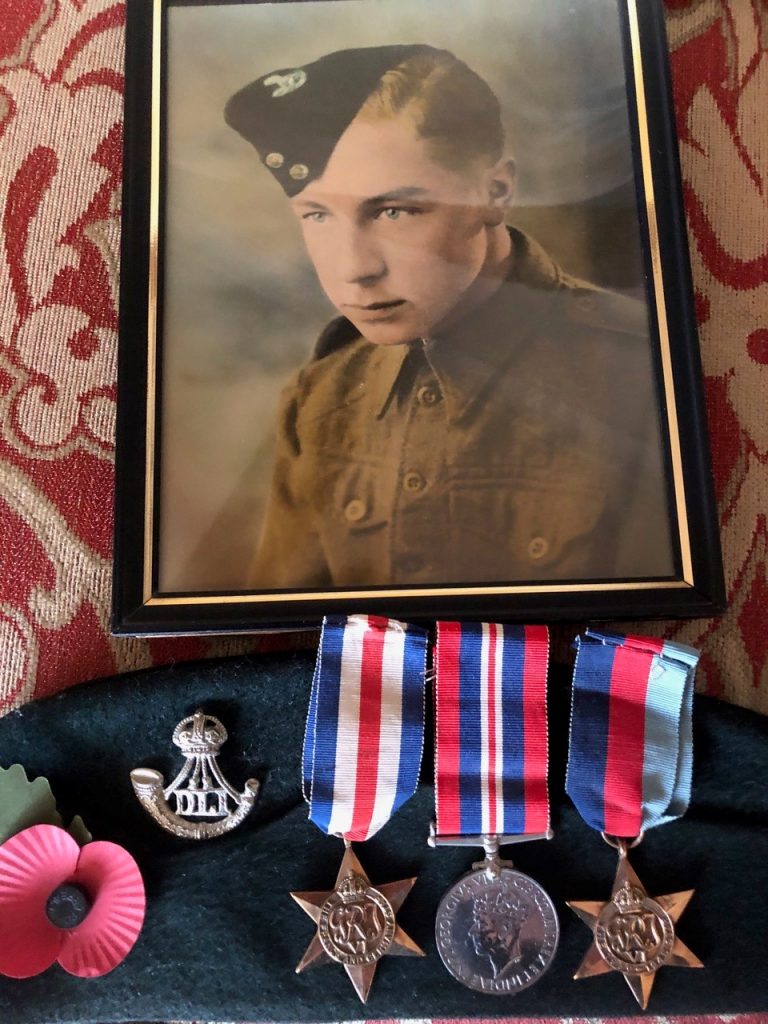 Christine also shared with us a story of Alan's wartime experience which had made a huge impression on him.

She told us that a couple of months before Jacky was killed in Normandy, her Uncle Alan was witness to a plane crash in Ryhope where the family lived which narrowly missed a row of house and Ryhope Colliery. The pilot of the plane, Cyril Barton, died and from that time my Uncle Alan campaigned tirelessly to have Cyril Barton recognised locally in addition to him being awarded the Victoria Cross.  This has been a lifetime's work and a street, hospital wing and a memorial plaque are named after Cyril. Not only am I so proud of my Uncle Jack but also of my Uncle Alan, who is turning 90 in April.