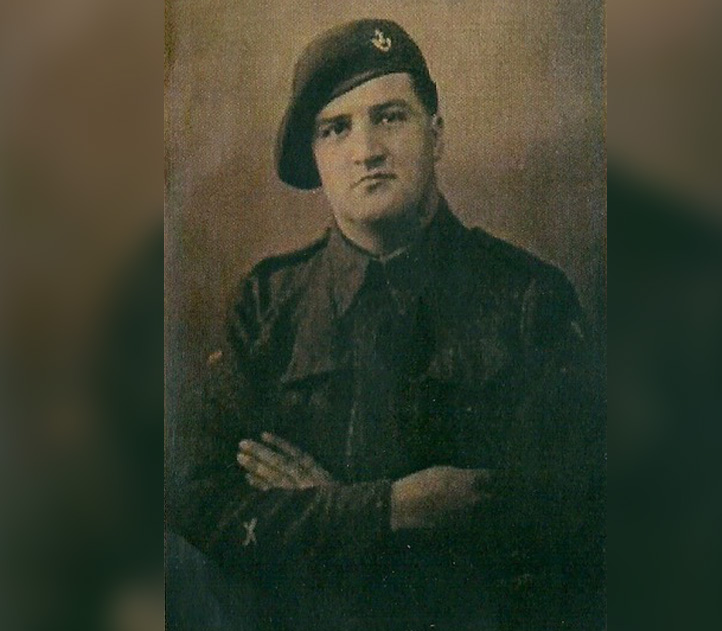 The story and photographs are shared by the Trust with kind permission from John's grandson, Mark Hibbard

I am sure my granddad told my dad (both unfortunately dead as is my nan) that John was seen badly wounded staggering in a field after an artillery barrage in a German counter attack. When the attack was repulsed John’s body was nowhere to be seen. It is believed he may have been captured badly wounded and died in a German field hospital. I do know though that the 19th June was the date he was formally reported missing but he may have gone missing earlier. We know that as one of our other relatives was in the Middlesex Regiment who landed in Normandy. He tried to find John when his unit passed by the Oxfordshire and Buckinghamshire Regiment but was told what had happened.

Years later his pay book was discovered in the Russian Archives.

A researcher tried to find out more. He surmised that that the Germans removed his pay-book to go back to the Red Cross so that the British Red Cross could be informed and his parents told. It had not been passed to Geneva before the Red Army reached Berlin. The Russians then took away the records and its existence only emerged in 2020.

Dad told me that after the war every summer holidays for a number of years they would head off with motorbike, sidecar and tent to go around TPI or other hospitals looking to see if John was in one of them but unable to speak or say in a coma. They never found him but again I am sure it was mentioned to me that they did locate a German who worked in a field hospital who said he treated a paratrooper (I know John technically was glider) before an explosion knocked him out and he woke up days later in a POW camp hospital. It's always lead us to believe John is in a German mass grave.

John Hibbard's body was never found and it took almost a year for John's death to be officially confirmed. It was reported in the British Army Casualty List 1939 - 1945 #1694 dated 1st March 1945 where it states that he was "Previously reported Missing now Presumed Died of Wounds on or shortly after 19.6.44". He is commemorated on the Bayeux Memorial to the Missing.