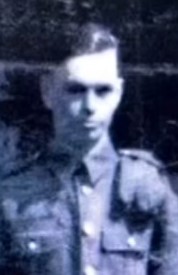 The story and photographs are shared by the Trust with kind permission from Jason Woods. George was his 2nd cousin on his mother's side, the Brueton's.

George Albert Brueton was the son of Alfred and Laura Brueton. He attested into the Royal Warwickshire Regiment as a rifleman on 16th January 1939, aged 18, and joined the 2nd Battalion. 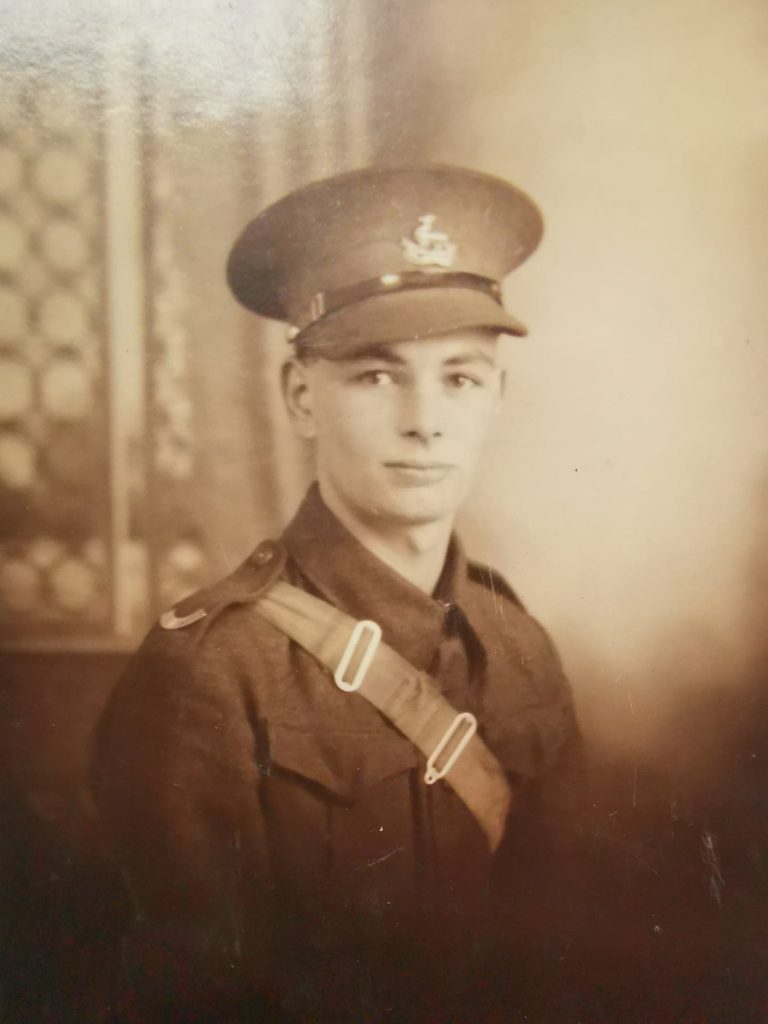 George, aged 19, shortly after joining up

The battalion went to France on 23rd September 1939 as part of the British Expeditionary Force (BEF). On 31st May 1940 George was evacuated from Bray dunes, Dunkirk with most of the 2nd Battalion, Royal Warwickshire Regiment. 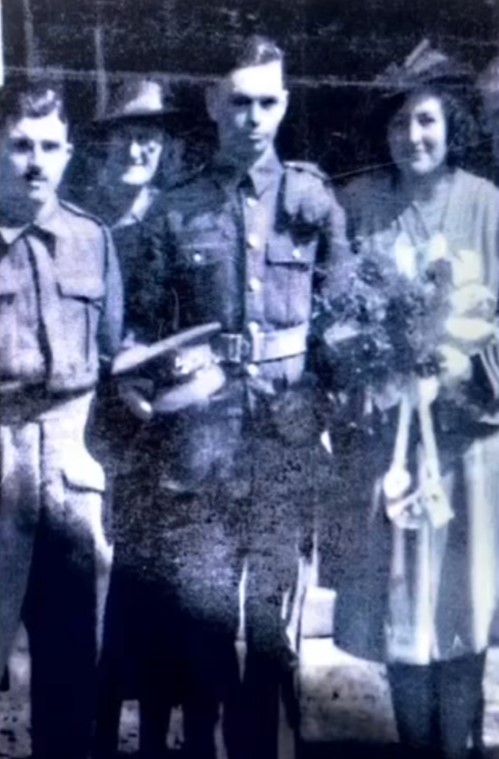 George and Ellen, standing on the right, on their wedding day

In 1941, George married Ellen (née Gale). In 1944, as George left England for the liberation of France, Ellen was expecting their first child.

The 2nd Battalion, Royal Warwickshire Regiment was part of 185th Brigade. They landed in the second wave on Sword Beach, Queen White on D-Day, 6th June 1944.

George, circled, with men of B Company, 2nd Battalion, Royal Warwicks. Photo believed to have been taken in Scotland in May 1944

George's service record states he was killed in action on 23 June 1944 in the Lébisey Wood area. The Commonwealth War Graves Commission (CWGC) lists his date of death as 25 June 1944. It is possible he was seen to be hit on the 23rd and only confirmed dead on the 25th.

A personal diary (author unknown) states there was heavy shelling on the 23rd with hurried unit withdrawals meaning soldiers got left behind. Parties were sent out 2 days later to collect the dead, hence a possible answer for the conflicting killed in action dates. 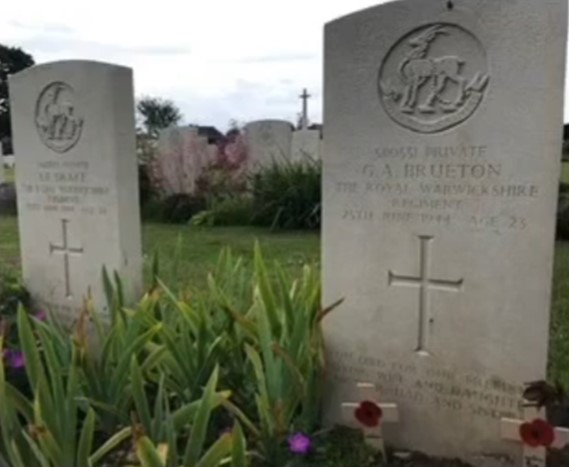 George is buried alongside a fellow Warwick, Lawrence Frank Drake, who has the same date of death. The CWGC surmise they may have been killed together. George's only child, Delsie, was born in October 1944, the daughter he never saw. 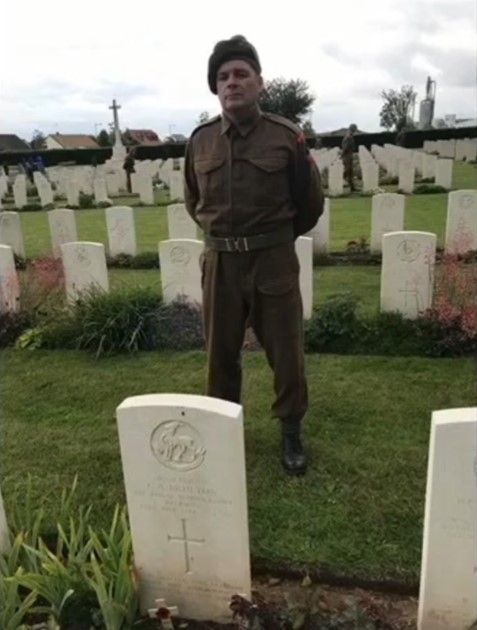 George's parents published an obituary notice for him in the local paper.

I attended the 75th commemoration of the Normandy Landings and paid my respects to George. I am a member of the Royal Warwickshire Regiment's re-enactment group and the group members are proud to honour the men of the regiment and all those who sacrificed so much for our today.

Private Albert Lawrence Mills is also mentioned in the press clipping, but his fate is uncertain. A search of the British Army Casualty List 1939-1945 reveal a couple of men by that name but only one is listed with the dates of 1944.  He was in the Black Watch and in Casualty Report 1520_24  he was reported Missing in Action, 11 July 1944.  But in Casualty Report 1563_38  he was recorded as being a Prisoner of War in German hands, location unknown.

Jason raised funds to erect a memorial to the remember men of the battalion killed on 07 June 1944 in one of their fiercest encounters with the Germans in Normandy. It was unveiled on 07 June 2022 and as a result of an interview he did on the BBC he was amazed to be contacted by George's sister whom he thought was no longer living. You can read that Story here.