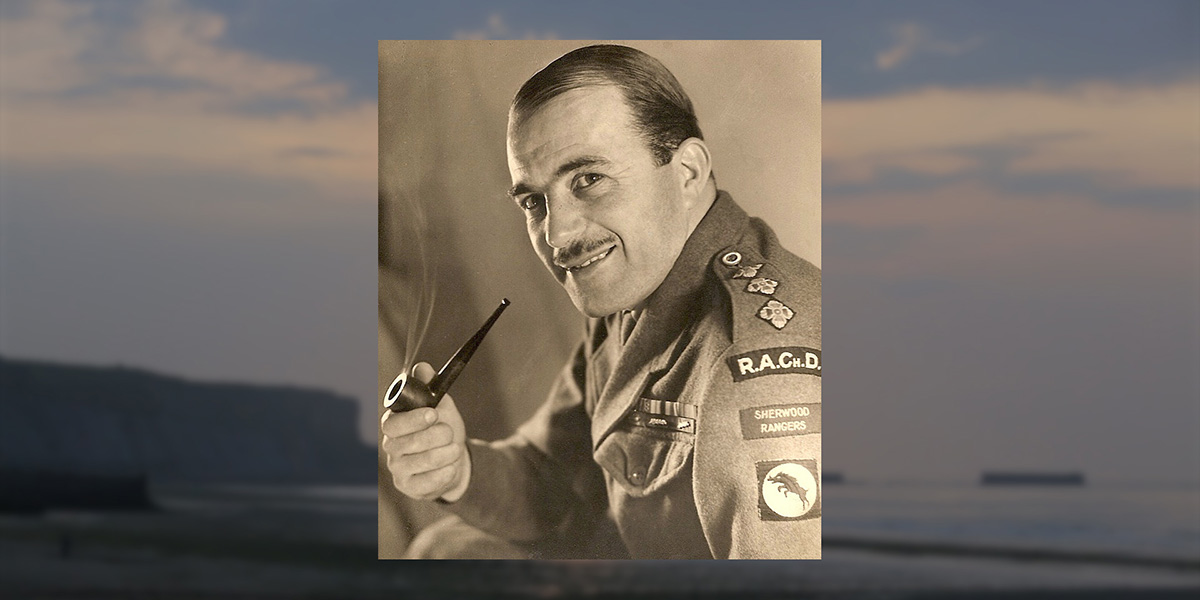 It seems fitting that today, a Sunday, we should bring you the story of The Reverend Leslie Skinner, the Regimental Padre of the Sherwood Rangers Yeomanry, a territorial armoured regiment.

Leslie Skinner served with the unit on D-Day and throughout the Battle of Normandy.

He survived the war and made several trips back to Normandy in later life along with the men he served alongside; men who deeply respected him for what he did for them, and their friends during the war.

To tell the story of Leslie Skinner’s abiding loyalty to his comrades, in life and in death, here is his friend, Colonel Jonathan Hunt OBE TD DL.

22,442 people from over 30 countries gave their lives whilst serving with British units on D-Day and during the Battle of Normandy.