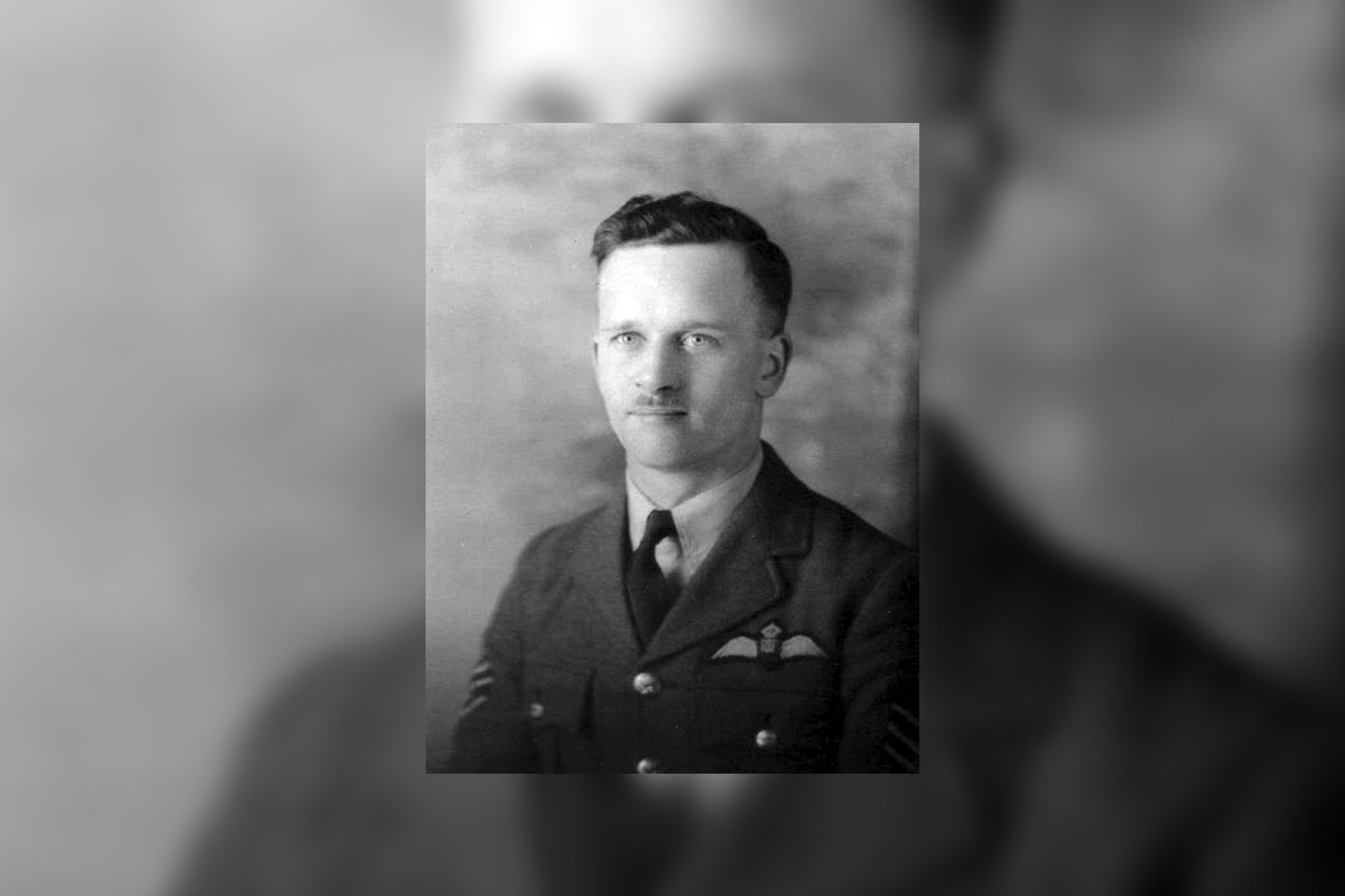 Not all of the 22,442 people who will be named on the British Normandy Memorial died on French soil or in French waters. 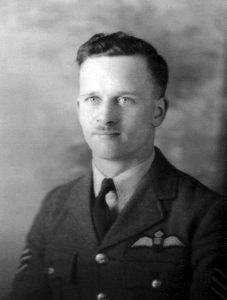 31 year old Pilot Officer Sydney Letts from Leicester was the pilot of a Lancaster bomber and served with 115 Squadron RAF during the Battle of Normandy.

Here is Pilot Officer Letts and some of the personnel from 115 Squadron during a visit by The King, The Queen and Princess Elizabeth in July 1944, just weeks before some of them were killed.

He is the man looking over Princess Elizabeth’s left shoulder. 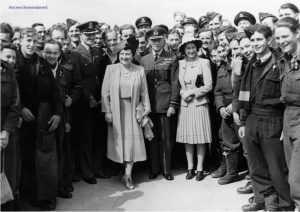 On the 18th July 1944, 25 Lancasters from 115 Squadron were part of a considerable fleet of more than 900 aircraft (not including USAF planes) tasked with bombing German units across Normandy.

The mission was in support of armoured units of the British Second Army who were attacking the German 21st Panzer Division and 16th Luftwaffe Field Division at the start of the ‘Operation Goodwood’ offensive.

115 Squadron’s objective was a wood at Emieville, East of Caen.

Pilot Officer Letts and his crew were flying in Lancaster KO-J LM616, which was on its 10th operation.

They successfully completed their sortie and were back over the safety of the English countryside, which was shrouded in early morning mist as they headed for their base at RAF Witchford in Cambridgeshire.

Suddenly the Lancaster got into difficulty.

It is not known if it suffered a mechanical fault, or if it had been hit by enemy fire during the bombing raid.

The Lancaster was last seen circling over the village of Great Offley in Hertfordshire, at around 7am. Eye witnesses on the ground reported that an engine appeared to have been on fire.

It may have been that Pilot Officer Letts was looking for somewhere to make an emergency landing.

Not long after the Lancaster appeared in the skies above Great Offley, it lost altitude and clipped some trees not far from West End Farm, the momentum causing the aircraft to career across a field and straight into the farmhouse, all but obliterating it. 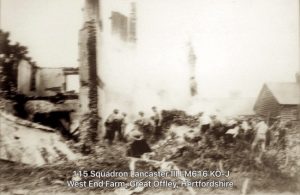 Within minutes, the aircraft’s fuel tanks exploded, engulfing the farmhouse in flames, which quickly spread to other farm buildings.

Villagers rushed to help and the National Fire Service tried to control the blaze, but tragically all crew on board and three members of the Handley family – all women – died in the inferno.

They were: 67 year old Alice Handley and her two daughters, Mary Agnes, who was 36 and Elsie who was 28.

Elsie had only just arrived home on leave for a few hours from the gun site where she was stationed in the Auxiliary Territorial Service (ATS).

George Handley and his two sons were in the cow shed for milking at the time of the crash and were lucky to survive.

Pilot Officer Letts and his crew will be remembered on the British Normandy Memorial.

With thanks to Aircrewremembered.com for additional information and use of images.