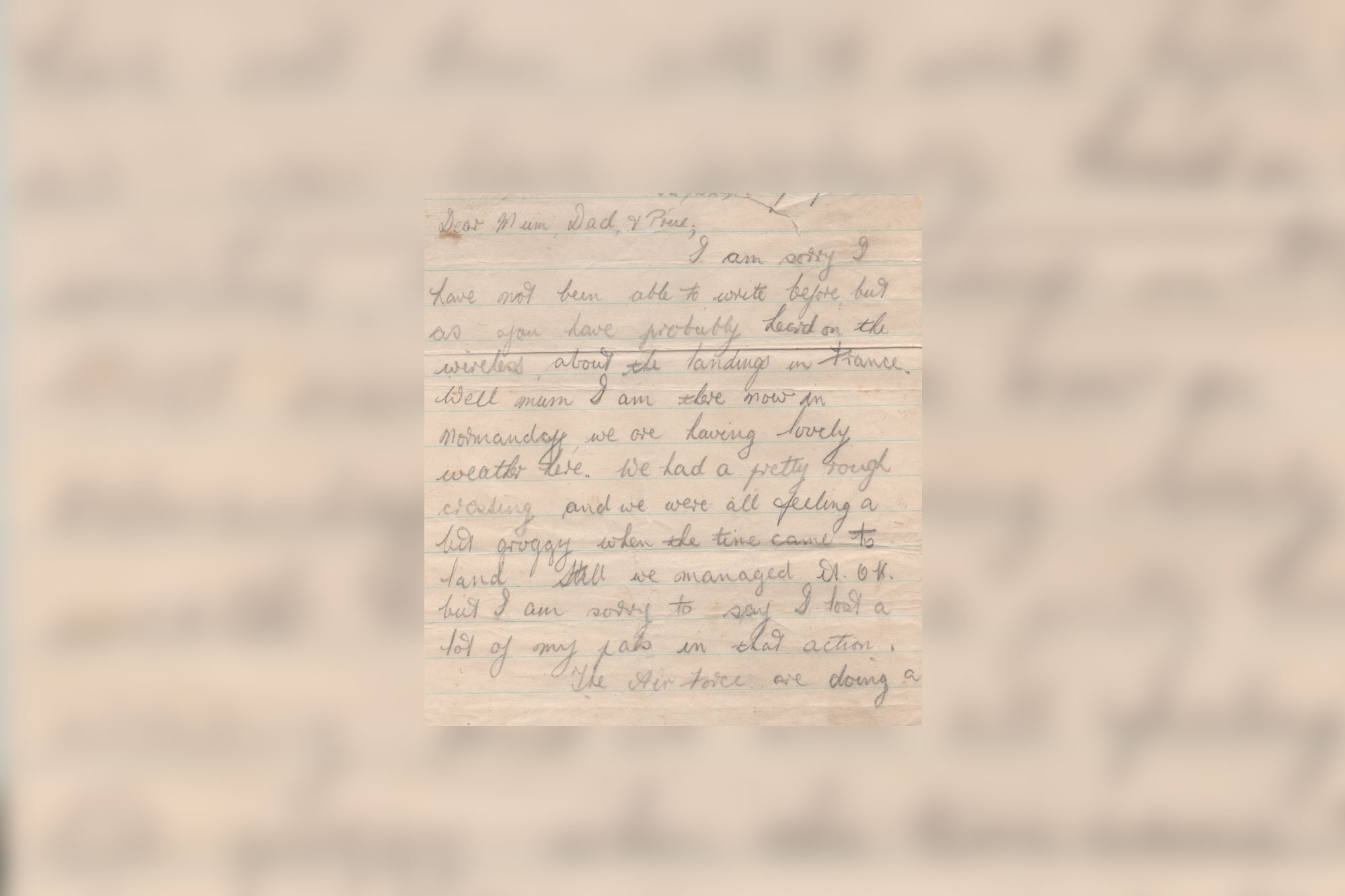 The unit landed on the left hand side of Gold Beach, at La Rivière.

Amongst all the kit which Jim was carrying as he invaded France in an A.V.R.E. bunker busting tank, was a simple tool which has given him a voice, nearly 75 years after he died, on 18th June 1944.

That tool was a pencil.

Reading Jim’s words from the actual letter which he wrote to his Mum on 7th June 1944, hours after landing on D-Day, is Jim’s nephew, Will Todd.

Sapper James Ivan Blundell Hampshire will be named on the British Normandy Memorial.